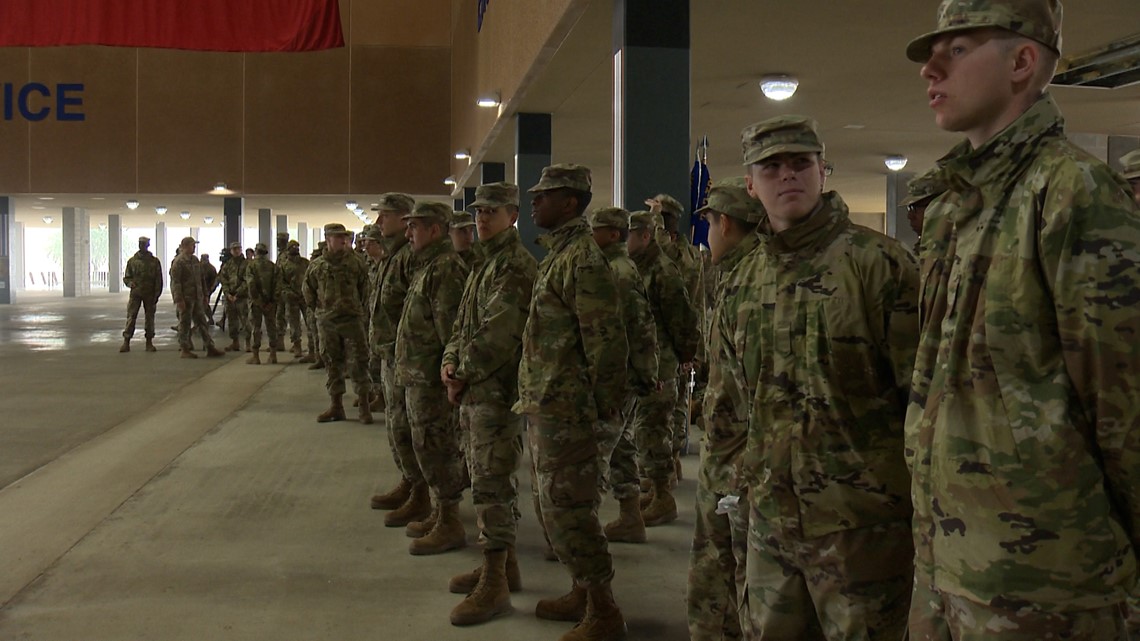 The tradition allows airmen and women in basic training to have a Thanksgiving meal with their family or a host family who is active or retired military.

JBSA Lackland is continuing a tradition of giving 600 airmen and women the chance to have a Thanksgiving meal.

Operation Home Cooking, in its 47th year, allows San Antonio families a chance to invite them into their home to celebrate. Its open to immediate family members who have someone in basic training and people who are active or retired military.

A Vietnam veteran is hosting two women in basic training for the first time, but it’s a new chapter in the operation.

Awesome day here at @JBSA_Official where Operation Home Cooking is in its 47th year! Basic trainees will get to have a Thanksgiving dinner with their family or a host family who is a DOD member. @KENS5 pic.twitter.com/QwsfB4t4YB

“I’m very excited for food, and it’s something new,” Eyerusalem Questad, from Washington state is joined by Ashlee Davis from Georgia, both of whom are one week away from completing basic training.

“It’s really exciting because we’ve been looking forward to this day all week, we’ve been talking about it for weeks, it’s nice to have a break every now and again,” Davis said.

As a reward for their hard work, they’ll get to break bread with someone who’s been in their boots.

“I remember my time at boot camp as well, to be able to give back, it’s nice,” Lloyd Camp from San Antonio is a Vietnam veteran, one of the hundreds of people opening up their homes.

Camp says he joined the Navy straight out of high school after watching his brother join.

“I was enlisted on board ships whenever I encountered the country of Vietnam as well as some of the peoples there and got involved with carrying UDT, Marine Recon, and that’s how I actually got into the Vietnam side of it,” Camp says he spent most of his time in the reserves before being called up to active duty.

“It was a good tour for the 30 years, and thank goodness for my wife who I married, she put up with the reserve side of it,” Camp added.

Questad is excited that she gets to hear more stories of time served.

“Personally, at my past job I worked with vets so, and I did talk I talked to a few vets about what to expect and it’s exciting to hear more stories, see what his experience was like,” Questad said.

Although the two women are from the opposite ends of the country, it’s exciting to get to meet in the middle and have the chance to get a home-cooked meal.

They both say the military is key in creating a family not just among those in active duty, but veterans and retired military.

“For me, it’s like a different bond. I don’ know how to explain it, it’s exciting but it’s comforting,” Questad added.

“For a lot of us, it’s probably the first time leaving home. So coming here and bonding with everyone here, it really helps to deal with the stress and the sadness of feeling alone. [We’re] forming relationships with people that are probably going to last forever,” Davis said.

We asked Camp to impart some wisdom on the basic trainees.

“Always wear a cover outside,” Camp said as he tipped his Vietnam Veteran’s hat.