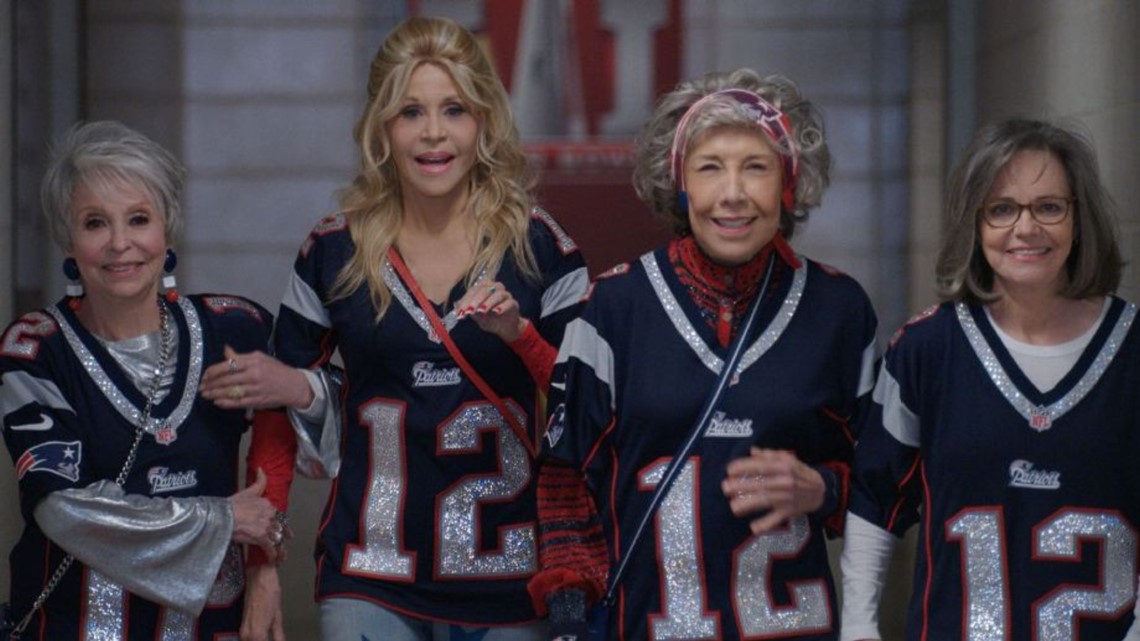 MAINE, USA — The New England Patriots’ epic 28-3 comeback against the Atlanta Falcons in Super Bowl LI felt like something out of a movie. Now, there’s a movie being made about it.

Paramount on Thursday released the trailer for “80 for Brady.”

The film follows four friends in their 80s who travel to the 2017 Super Bowl to see quarterback Tom Brady play. The friends are played by Jane Fonda, Lily Tomlin, Rita Moreno, and Sally Field.

Brady stars in the movie, too, and also produced it.

According to IMDB, the movie follows “the chaos that ensues as [the four women] navigate the wilds of the biggest sporting event in the country.”

The Patriots trailed 28-3 with 8:31 left in the third quarter of Super Bowl LI. They came back to win the game in overtime, 34-28, in what is considered one of the greatest comebacks in sports history.

In addition to the four Oscar-winning actresses and Brady, former Patriots wide receivers Julian Edelman and Danny Amendola, and tight end Rob Gronkowski, are all part of the ensemble cast.

Edelman took to Twitter on Thursday to poke fun at Brady and the movie’s title.

#80forBrady will also be the title of the doc made about Tom’s retirement https://t.co/6ta3SLU6Xs

The cast also includes restauranteur and television host Guy Fieri, who’s featured heavily in the trailer. It remains to be seen if the four women take a trip to “Flavortown” in the film.