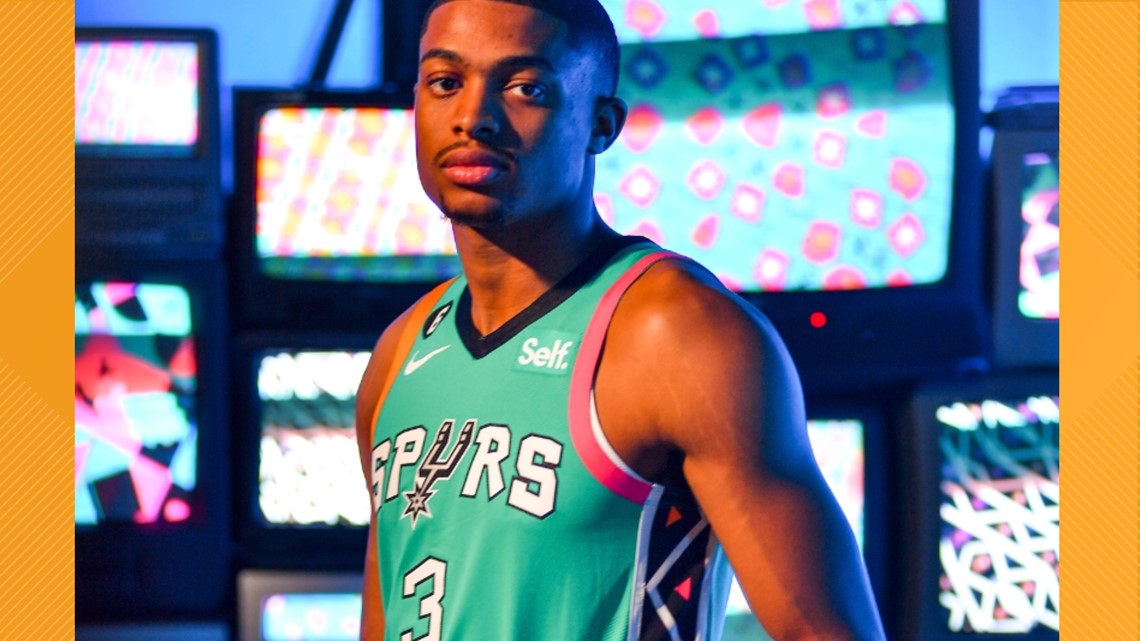 San Antonio will debut the uniforms on Friday when the Spurs host the Milwaukee Bucks.

SAN ANTONIO — As part of its continued celebration of its 50th anniversary in San Antonio, the Spurs revealed their new-look City Edition jerseys.

These new jerseys pay homage to San Antonio’s only All-Star Game in 1996 that was hosted at the Alamodome.

It features a rich turquoise, with retro accents of pink, orange and black on the taping and waistband. The short’s waistband is centered with an “SA” logo as well.

These new jerseys did not come as a surprise.

Rookie guard Blake Wesley inadvertently revealed these jerseys earlier in the season and they were leaked in the offseason.

Yeah, gonna have to cop. https://t.co/lDCX05niri

i’m all for it but if we not bringing back the court from the 90s to go with it; they can keep it. https://t.co/sGd6TXcthb

San Antonio will debut the uniforms on Friday, Nov. 11 when the Spurs host the Milwaukee Bucks. The Spurs City Edition uniform and court will be featured during all 10 Fiesta-themed home games, including the highly-anticipated game at the Alamodome.

The City Edition jersey joins the team’s other new-look uniforms which includes the Classic Edition and the Statement Edition jerseys.

Tickets for the Spurs game at the Alamodome on Jan. 13 against the Warriors are available for purchase at Spurs.com and the Official Spurs Mobile App.

What do you think of the new jerseys? Will you be buying the jerseys? Let us know on Twitter at @KENS5 and @JeffGSpursKENS5.