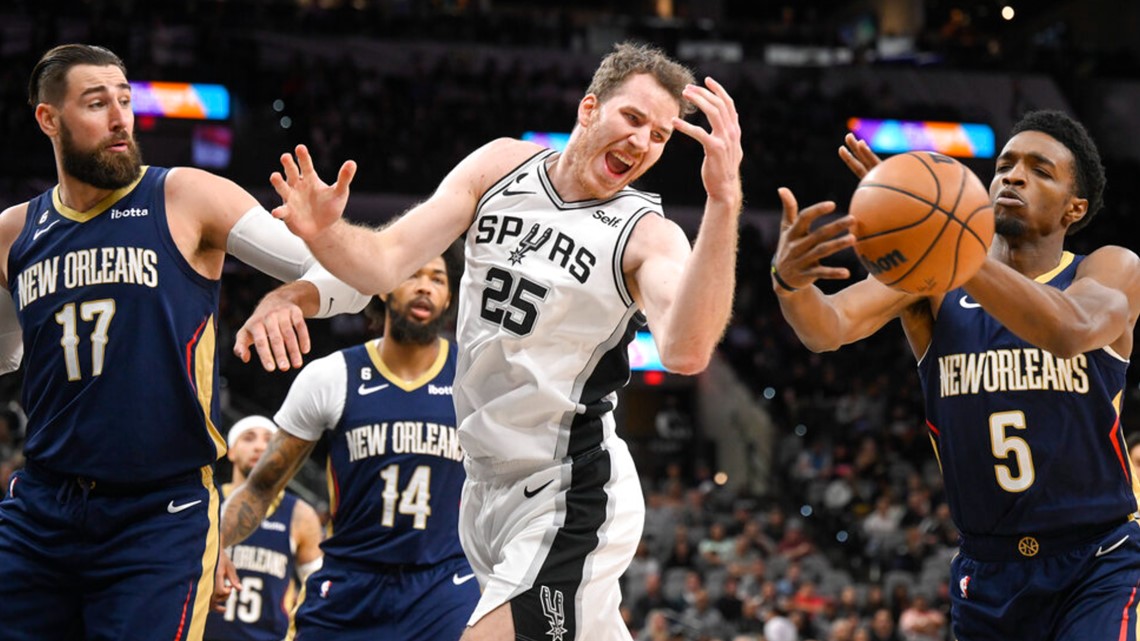 “It was disappointing to see the way we started out,” Doug McDermott said following the Spurs’ home loss versus the Pelicans.

SAN ANTONIO — The San Antonio Spurs picked up another loss on the season after losing to the New Orleans Pelicans, 129-110, at home.

The Spurs are currently on a six-game losing skid and are now 6-13 on the season. They will next face the Lakers Friday night in San Antonio.

“The third quarter and half the fourth quarter we played pretty good D [defense],” Popovich said. “In that period of time we got outscored by six [points]. So the physicality of both offense and defense playing with purpose and not just walking around. We were down 19 [points] at the half. It took all that time to get them to the point to get them where they competed the way they needed to to win in the NBA.”

“It was disappointing to see the way we started out,” McDermott said. “I thought we’d come out a little bit more ready to play tonight. It took us a half to get there and you can’t let that happen. As a leader with myself and a few of the other guys, we got to do a better job of really relaying that message to the younger guys.”

“Our defense has really been clicking. It just carried over to our offense,” Williamson said. “So, our game plan was to just lock in on what we were trying to do and stay locked in on defense.”

“I think the biggest thing is that we got stops. We forced them to take contested shots. They missed some shots because of our defense. We rebounded the ball and just got out and ran,” said Green. “It’s hard to play to your pace when we’re scoring and when we’re getting stops.”