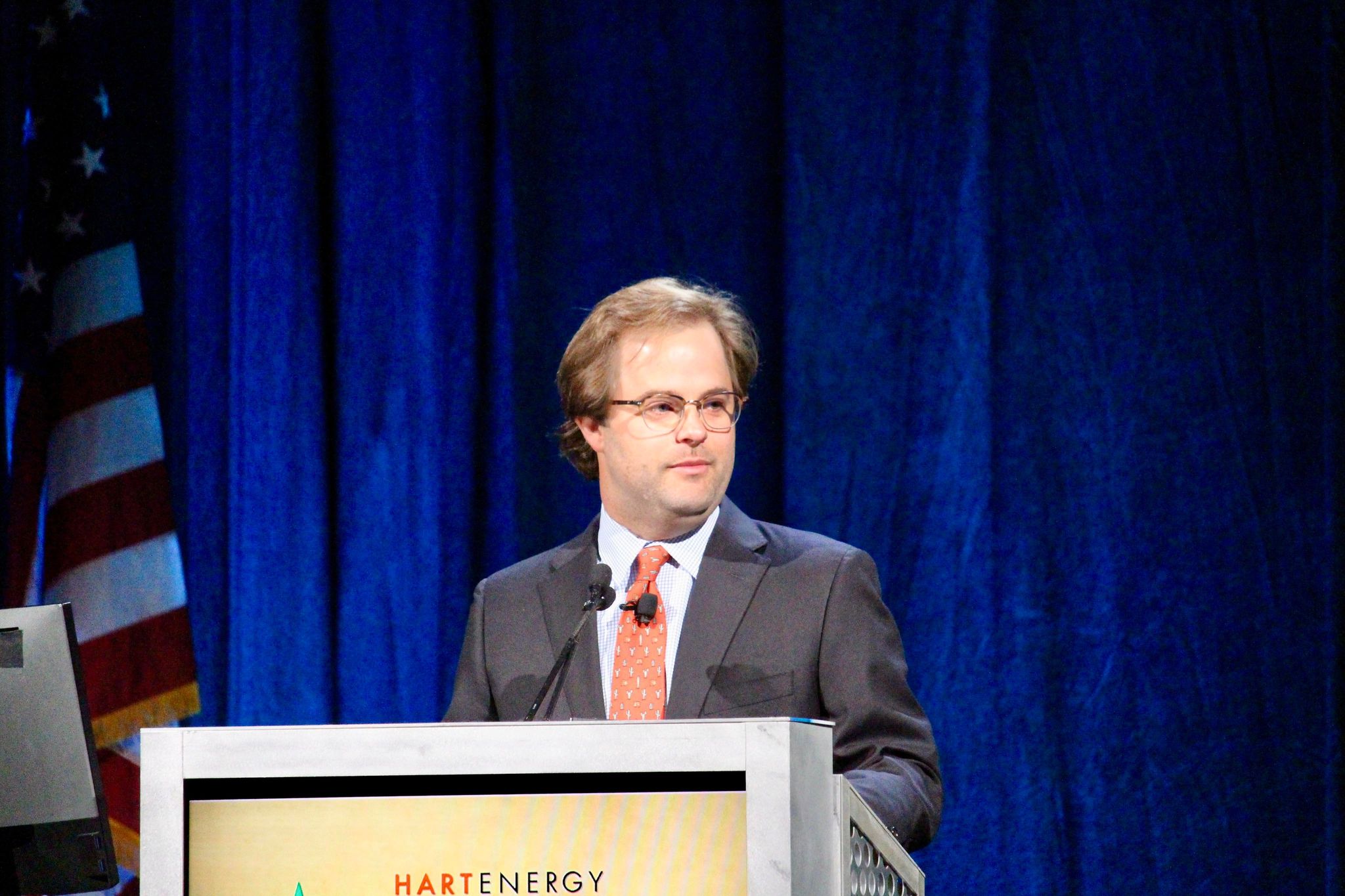 But now, as co-CEOs of publicly traded Permian Resources – born this fall of the merger of Colgate and Centennial Development Corp. – Hickey said he was glad to debut at this year’s edition of the conference.

After about six years of operations as Colgate Energy, he said he and Walter were considering their future.

“We were exploring where we wanted to take the business, said Hickey. Avenues from selling the company to going public with an initial public offering were explored. Then Centennial Resource Development popped up on their radar.

“We felt we could fill the gap of being a midcap pure-play Delaware Basin player,” he continued. The resulting combination of the two companies resulted in Midland-headquartered Permian Resources, a $7 billion operator focused on the Delaware Basin, said Hickey, who serves as co-CEO of the new company along with Walter.

“The Delaware is the most productive basin, offers the best returns and has the deepest inventory,” he said of the company’s area of activity.

Permian Resources pays dividends, returns capital to investors and has a strong inventory of drilling locations. Being midcap, he said they can make small trades and make quick decisions to add or lay down rigs as necessary. He and Walter are given performance-based compensation. The company’s stock is traded on the New York Stock Exchange and one thing that differentiates the company is they own 6% of the stock. “We’re shareholders too,” Hickey noted.

Permian Resources is the combination of two great teams that combined best practices and leaned on their individual strengths. For example, Centennial had a robust water recycling infrastructure the company now uses for completions on wells Colgate had in the pipeline.

Even as they continue the process of combining their assets, Hickey said he and Walter continue to keep an eye out for other opportunities.

“We continue to keep our head down and integrate our assets, but we won’t overlook any opportunities that can create value,” he said.

Combining the two companies is part of the consolidation trend being seen not only on the public side but on the private equity side as companies seek to get bigger in order to attract capital.

“It’s the new world we live in,” Hickey said.