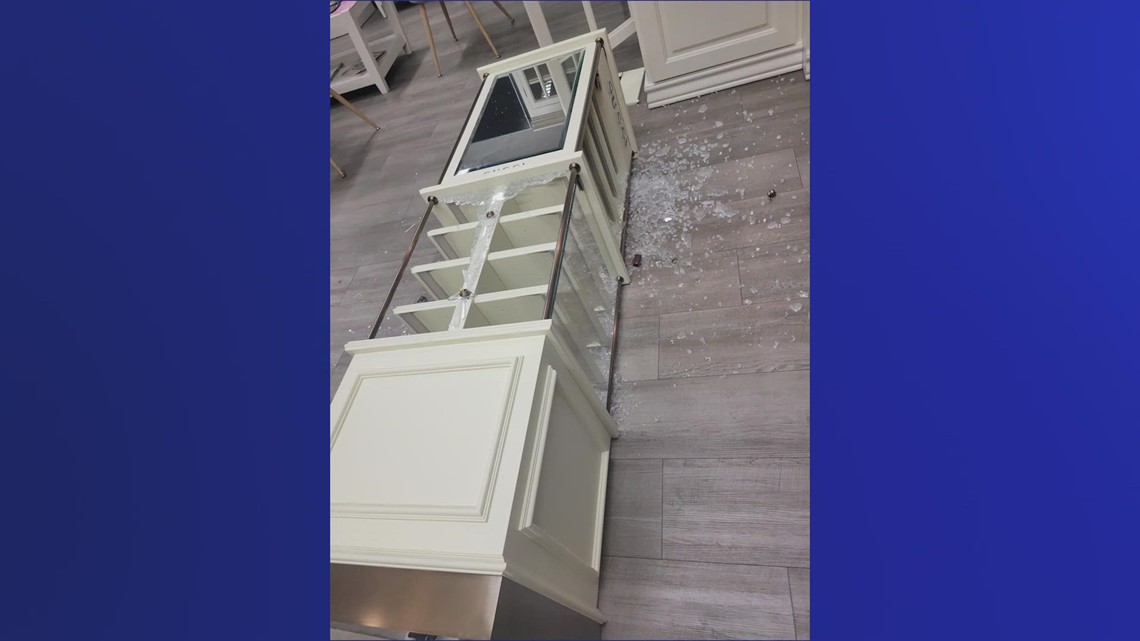 When police arrived to the scene, they found smashed windows and cabinets thrown to the ground.

SAN ANTONIO — A business owner and police are trying to figure out who’s behind a smash-and-grab at an eyeglass store on the city’s north side.

On Wednesday around 4:50 a.m., San Antonio Police responded to the 4500 block of N Loop 1604 West for a burglary alarm. When officers arrived on the scene, they found a shattered window and cabinet displays tossed on the ground.

Smash and grab at local business

The city of San Antonio said the case remains under investigation. This story will be updated when more information is received.