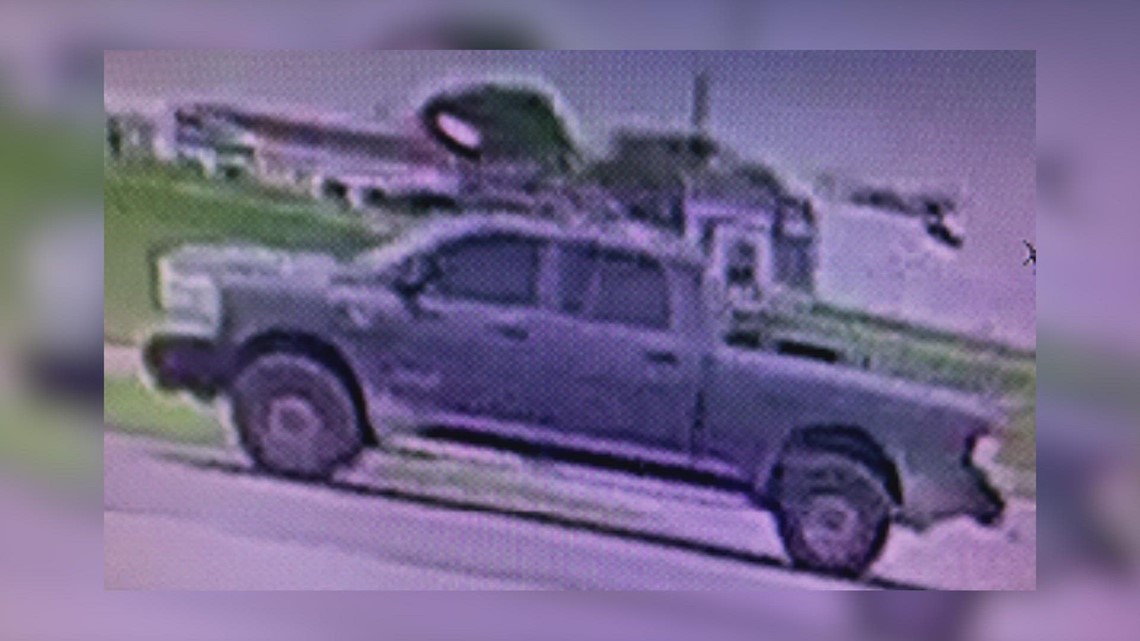 Henry Stevenson was ejected from his truck and died at the scene. His 5-year-old passenger was also ejected and injured.

SAN ANTONIO — Police and Crime Stoppers need your help in finding the suspect in a fatal hit and run crash.

Henry Stevenson was driving on Southton Rd at I-37 with his 5-year-old passenger with him when another vehicle tried to merge into his lane, forcing him off the road and causing him to flip multiple times throwing them both from the vehicle.

RELATED STORY: Driver killed, 5-year-old passenger injured after speeding driver tries to merge into lane their SUV was in, forcing them off the road

The fatal crash happened on Saturday, September 3 at 3:35 p.m.

Henry Stevenson was ejected and died at the scene. His 5-year-old passenger was also ejected and injured in this crash.

Police say the suspect vehicle is a gray 2019-2022 model Dodge Ram 2500 pickup truck with a black antenna on rear bed.

The driver of that vehicle failed to stop and render aid, driving off after the crash.

Crime Stoppers may pay UP TO  $5,000 for information which leads to felony arrests in this crime. To be eligible for a reward, tips must be submitted directly to Crime Stoppers.