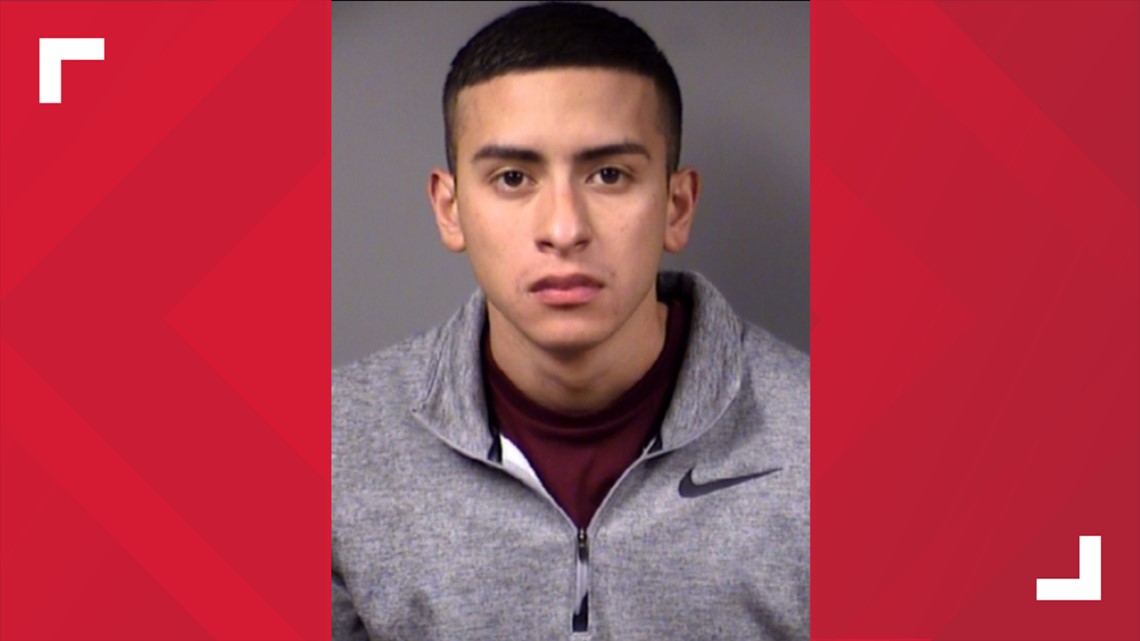 After being taken to a nearby hospital, the victim was declared brain dead, and he passed away.

SAN ANTONIO — The San Antonio Police Department is still searching for Abel Gallegos, who is accused of murdering a 16-year-old in December of 2021.

Crime Stoppers shared a release, saying that Gallegos shot Jeremiah Guenther near the 750 block of Cincinnati Avenue, not far from Woodlawn Lake.

Police said on Dec. 14, Guenther was with a group of friends at a convenience story on Cincinnati Avenue. Gallegos reportedly drove up in a dark gray Ford Focus and later began arguing with the group.

During the argument, Gallegos pulled out a gun, and the victim, with his friends, got into their cars and drove away, police said.

In January, KENS 5 spoke to victim’s mother. She said that her son was there with his brother. She said Guenther was not involved in that fight and was in the car the entire time.

The suspect began shooting at the cars, and Guenther, who was a passenger in one of the vehicles, was shot in the head. After being taken to a nearby hospital, he was declared brain dead, and he passed away.

The family decided to donate the teen’s organs, which saved the life of a 16-year-old girl.

A warrant has been issued for Gallegos who also has outstanding warrants for Unlawful Carry of a Handgun and Possession of Controlled Substance. Crime Stoppers is offering a reward of up to $5,000 for information which leads to an arrest. You can call them at 210-224-STOP.