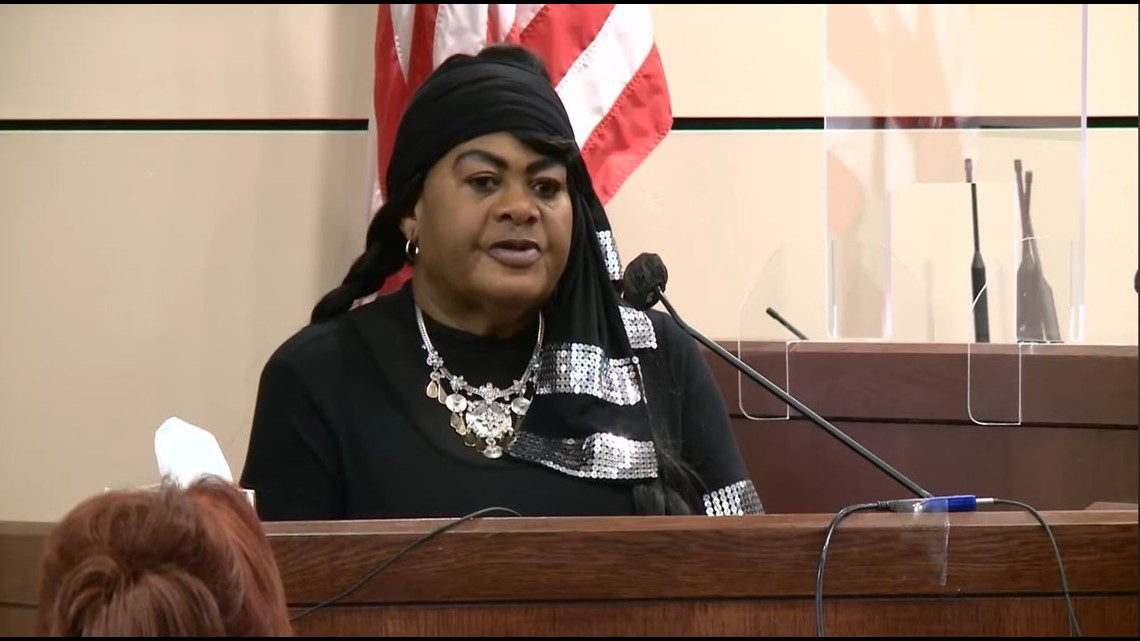 Opening statements aren’t expected to happen until Monday in the murder case.

SAN ANTONIO — The jury members selected for the trial of Andre McDonald – the U.S. Air Force major accused of murdering his wife, Andreen McDonald, and disposing of her body – won’t be in the courtroom until next week, when opening statements are expected to be made.

They proceedings centered around arguments in response to the defense team’s motion to suppress evidence they believe was illegally obtained. One of Andreen’s friends, as well as her mother, were among the handful of witnesses who took the stand to recall their actions on March 1 of 2019, when she was reported missing.

“We usually saw each other in the morning when we’d go to the gym and then for lunch, or if there’s other kinds of meetings going on,” said Carol Ann Ghanbar, who was a business competitor of Andreen’s but also a close friend.

Theirs was a five-year relationship filled with fond memories and moments where Andreen confided in Ghanbar, describing her distressing relationship with Andre McDonald.

Asked by a prosecutor if the arguments ever turned physical, if they fought or if Andre ever hurt Andreen, Ghanbar responded with the same answer: “Yes.”

On March 1, 2019, Ghanbar testified, she received a call from Andreen’s manager, who said she wasn’t answering the phone. Her husband was also unreachable. She said that, at the manager’s request, she visited the McDonalds’ north-Bexar County home.

Knocks to the front door when unanswered, she said. She and a coworker entered through a back door that was unlocked, which she said was unusual.

Ghanbar went on to describe what they found inside.

“On the light switch there was some blood and hair,” she said on Wednesday. “The whole time I was in there, I just had a feeling in my stomach that Andreen was dead.”

Andreen’s mother, Hyacinth Smith, later took the stand. She testified that she managed to catch up with Andre, who appeared calm and unfazed when exiting the master bedroom.

“I told him that we are trying to get in touch with Andreen,” she said. “He said he’s going to check the hospital to see if she’s there.”

What followed instead was a five-month search for the women, her remains eventually discovered burnt and buried. Andre McDonald would be arrested over the summer, and indicted the following October.

More witnesses are expected to take the stand Thursday as pretrial proceedings continue, including a witness introduced by the defense.

>MORE ON THE TRIAL: