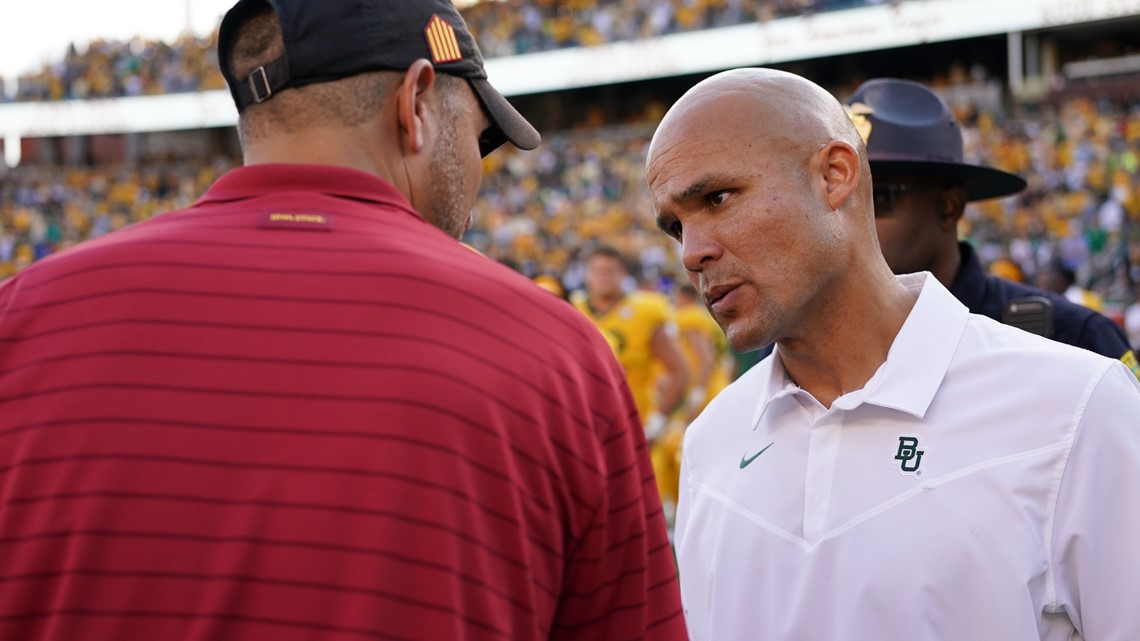 WACO, Texas — The Baylor Bears will begin Big 12 play this week as they travel to Ames, Iowa to face the Iowa State Cyclones.

Baylor is coming off a dominant 42-7 win over Texas State at home on Saturday to improve to 2-1 on the year.

Iowa State is 3-0 to begin the year with their best win coming over in-state rival Iowa. The Cyclones defense has been nothing short of dominant, allowing just 27 points through three games.

The Bears will have to push the needle offensively. Dave Aranda described a lot of tension and anxiety from the unit through three weeks. With the Bears being picked as first in the Big 12 in the preseason, he thinks this unit has dealt with a lot.

“I think the expectations and all that stuff is real,” Aranda said. I don’t think it does anyone any good to not talk about it. They’ve had to deal with that.”

Still, the Bears have put up 69 and 42 points in two separate games, albeit against below-average opponents.

How they’ll employ their offensive unit against a stout Cyclone defense will be interesting.

Dave Aranda is here for his media availability ahead of Iowa State on Saturday. #Baylor | #SicEm | @KCENSports pic.twitter.com/jqh7F8l0Pi

This isn’t an Iowa State team that we are used to seeing without the usual suspects like Brock Purdy and Breece Hall.

The Bears won the contest against them last year in Waco 31-29 when the defense made a huge stand in the fourth.

6 Sports will provide coverage from Iowa as Matt Lively hits the road with the Bears.