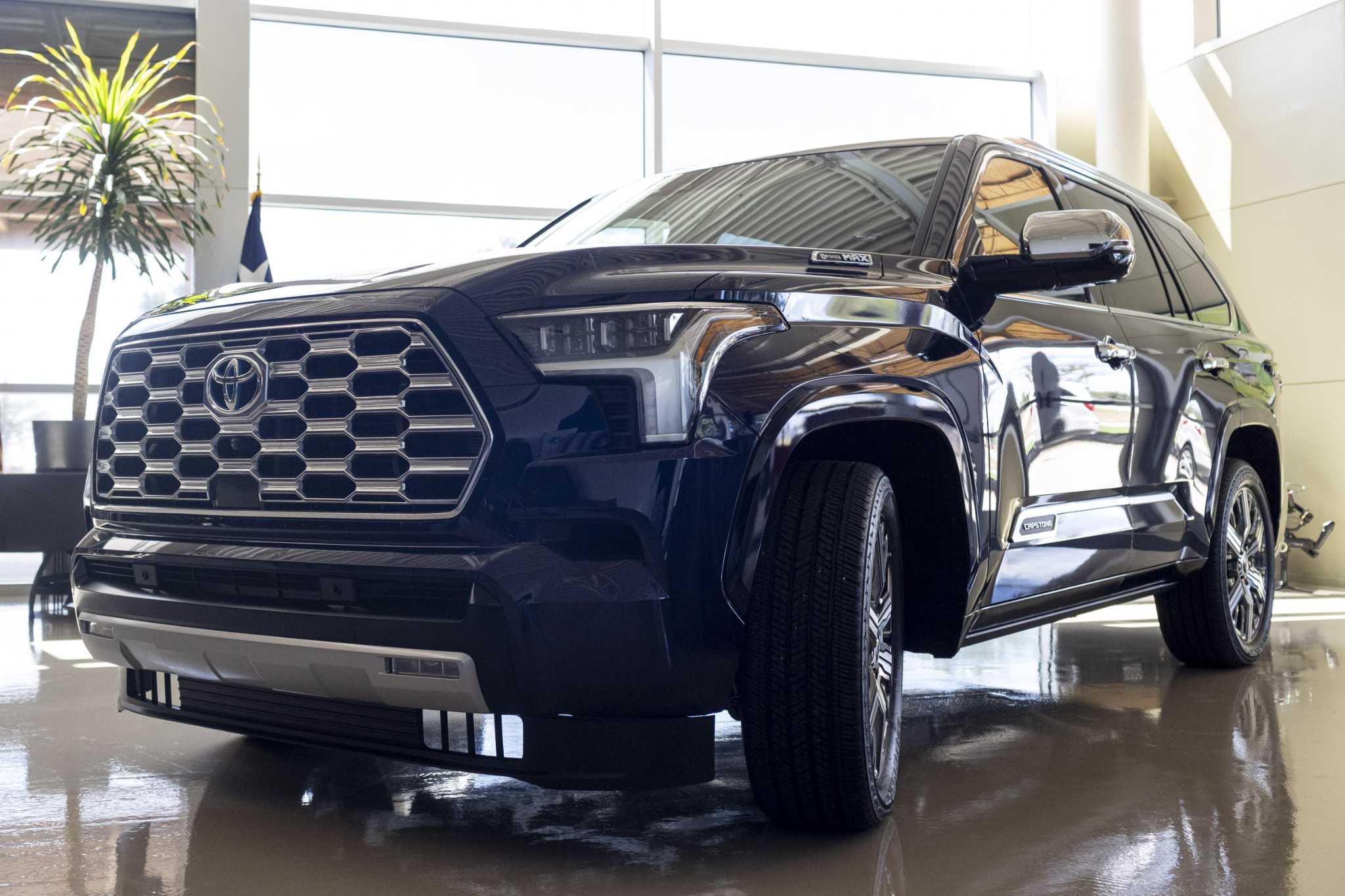 The 2023 Sequoia is the first new model of the full-size SUV since 2008, and Toyota shifted production of the vehicle to San Antonio from Indiana to build it alongside the redesigned Tundra pickup, which began rolling off the line in December . The two vehicles are built on the same big-bodied platform.

Since 2019, Toyota, the world’s top-selling automaker, has spent $391 million to increase the plant’s footprint by 147,000 square feet and retool production lines to pump out the redesigned Tundra and Sequoia.

On ExpressNews.com: Production of new Sequoia, Tundra comes to South Side, marking a new era for Toyota in San Antonio

The Express-News got an early look at the new Sequoia on Tuesday. The 2023 model is being offered only as a hybrid. The basic model is priced starting at just under $60,000, with the more luxurious Capstone and TRD Pro models starting at $77,000.

To make room for production of the Sequoia in San Antonio, the company last year moved manufacturing of the Tacoma pickup to Tijuana, Mexico.

The auto plant has added new workers as Toyota has introduced production of the Sequoia, which requires more components than the Tacoma. The factory employs 3,800 employees — up from about 3,000 before the pandemic — and on-site suppliers employ another 5,100 people in the region.

This is a breaking news story. Please check back for updates.