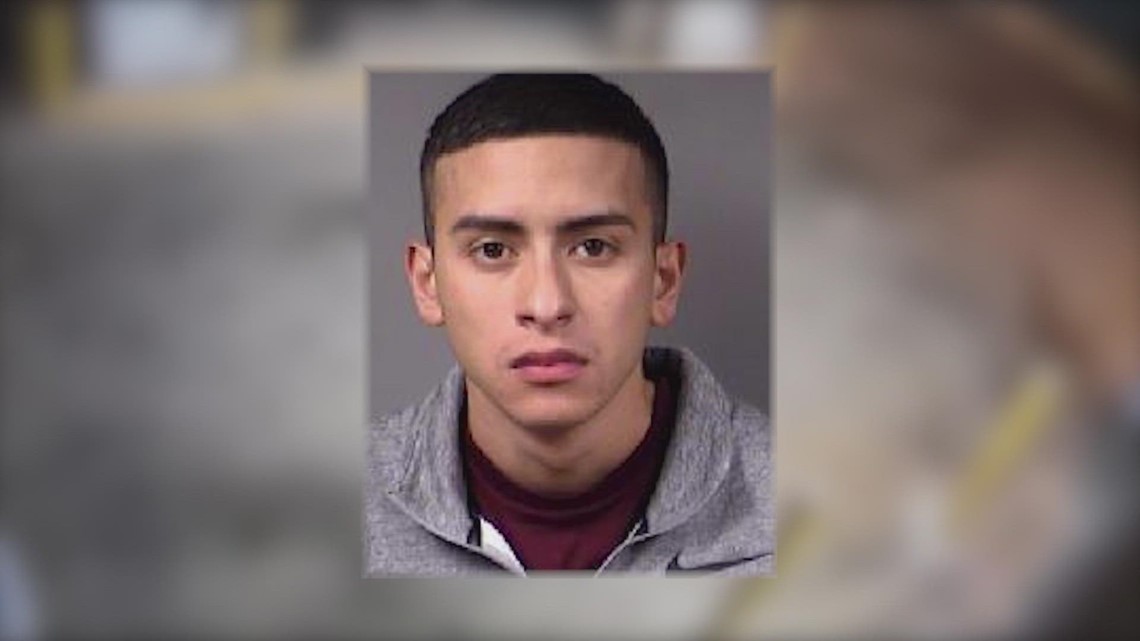 Police recently identified the suspect in the murder of 16-year-old Jeremiah Guenther as 23-year-old Abel Gallegos, and said he is on the run.

SAN ANTONIO — The mother of a teen shot and killed outside a west side gas station is pleading for the man accused in his murder to turn himself in.

Authorities are looking for 23-year-old Abel Gallegos. According to a Crime Stoppers bulletin, Gallegos is wanted in connection to the murder of 16-year-old Jeremiah Guenther.

The teen was gunned down last December off Cincinnati Avenue near Woodlawn Lake Park.

His mother Jennifer Lugo said her son was with his older brother buying snacks when the suspect drove up to the convenience store and began arguing with a group of people.

“The altercation was not with my son. My son was just simply in the car,” said Lugo.

Then bullets fired off in the parking lot. Jeremiah was shot in the head and rushed to the emergency room. He was later declared brain dead and died at the hospital.

In January, police released video of who they believed killed the boy. In the clip, a man enters the frame in a maroon shirt and blue pants. He’s looking down at his phone when something catches his attention and then he walks off.

Ten months later, the suspect’s identity is now being shared with the public. In the same bulletin, it reports Gallegos also has outstanding warrants for unlawful carry of a handgun and possession of a controlled substance.

Lugo said she didn’t recognize the suspect but she hopes Gallegos does the right thing and turns himself in. If not for Jeremiah, then for his own family.

“Why run? Don’t run. You know, you’re only going to make it more complicated on yourself. I don’t ask for the life sentence or worse punishment for you. I just want justice,” she said.

Crime Stoppers may pay up to $5,000 for information which leads to felony arrests in this crime.

To be eligible for a reward, tips must be submitted directly to Crime Stoppers.