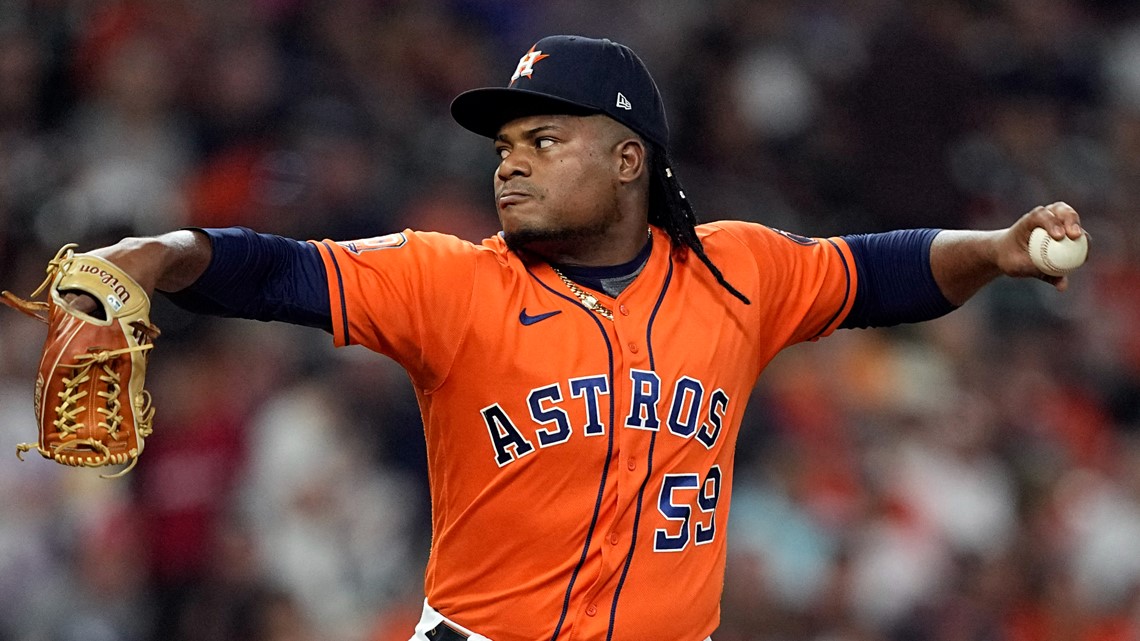 Despite the loss, Houston (102-55) clinched home-field advantage throughout the AL playoffs.

The Rays (86-71) began the day in the third and final AL wild-card spot, trailing Toronto and Seattle.

Tampa Bay extended the longest postseason streak in franchise history and earned a playoff spot for the eighth time, all since 2008. The Rays have never won the World Series.

Despite the loss, Houston (102-55) clinched home-field advantage throughout the AL playoffs. The New York Yankees lost earlier in the day, ensuring the Astros will host any AL series — only the Los Angeles Dodgers have a better record than Houston.

Rasmussen (11-7) held Houston to two runs and five hits. The in seven innings. He entered Friday riding a three-game losing streak, the longest of his career.

Valdez, who saw his MLB-record streak of 25 consecutive quality starts snapped in his previous start, had a second consecutive rough outing. In 5 1/3 innings, he allowed six runs, nine hits and three walks.

Valdez has been tagged for 10 runs in his last two starts after allowing just eight runs in the entire month of August.

Walls homered in eighth, his eighth of the season.

Tampa took a 3-2 lead in the fifth when Randy Arozarena hit an RBI triple and scored on a single by Wander Franco.

Houston took a 2-1 lead in the fourth as Yordan Alvarez led off with a double and scored on a single by Yuli Gurriel.

Alex Bregman hit his 23rd homer in the bottom of the first.

Astros: RHP Lance McCullers Jr. (illness) said he had a migraine, a fever and a “nasty bug” and lost a few pounds over the past week but threw a bullpen session Friday and is expecting to start Monday’s game against Philadelphia.

Rays: Shane McClanahan (12-7, 2.51 ERA) starts for Tampa on Saturday, looking to get back on track after allowing nine runs across nine innings in two losses of his last two starts.