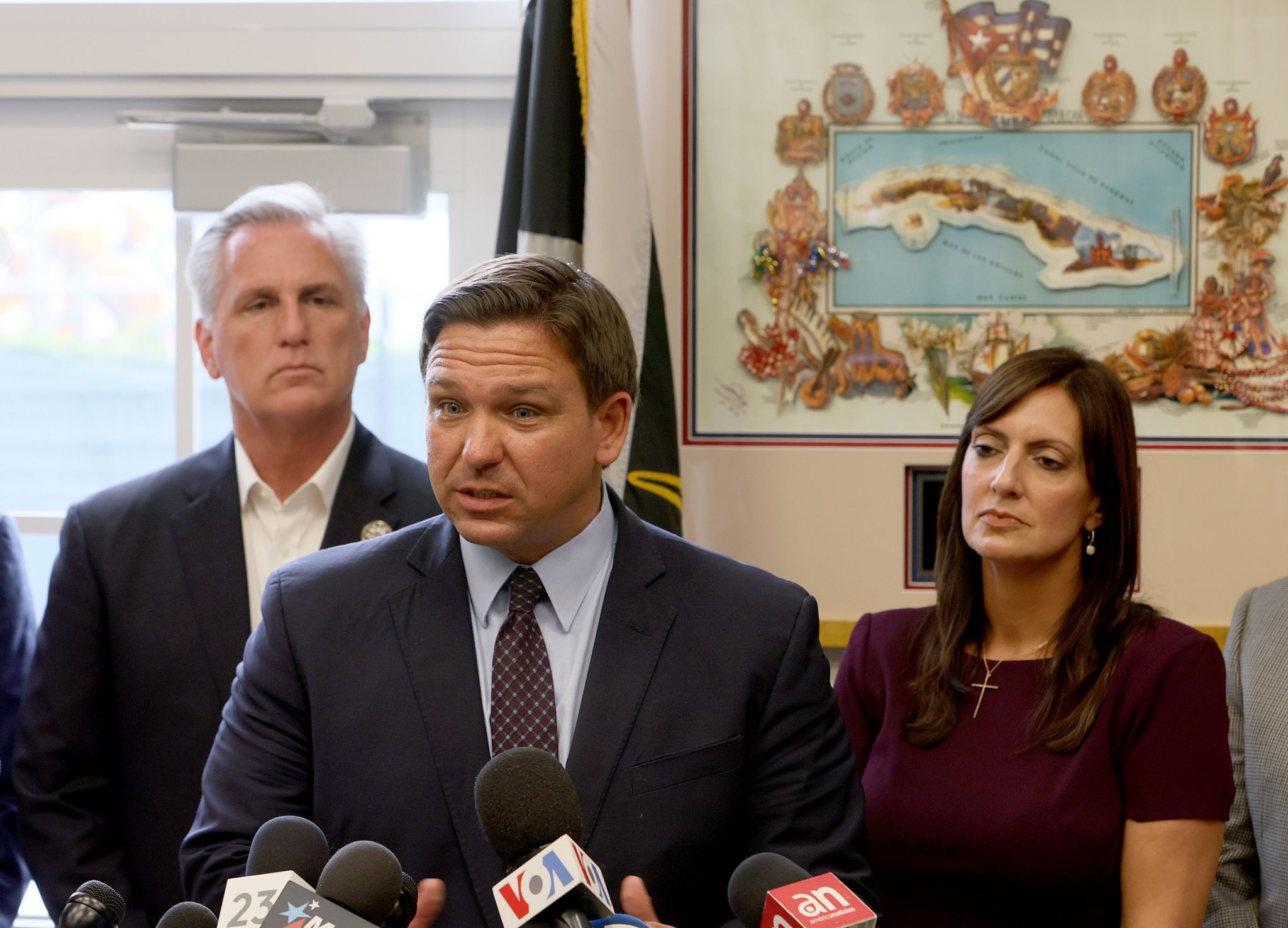 The Florida governor then used the June 27 death of 53 immigrants who suffocated in the back of smugglers’ semi-truck left on a road in San Antonio.

“Unless the MA national guard has abandoned these individuals, they have been provided accommodations, sustenance, clothing, and more options to succeed following their unfair enticement into the United States, unlike the 53 immigrants who died in a truck found abandoned in Bexar County this June,” the statement read.

DeSantis also appeared on Sean Hannity’s Fox News show on Monday, September 19, further using the June deaths to fire back at the Bexar County investigation, implying that San Antonio or the county didn’t care about the incident.

“You’ve had migrants die in the Rio Grande — you had 50 die in Texas in a trailer because they were being neglected. Was there a freak-out about that? No, there wasn’t,” DeSantis told Hannity.

After the deaths of 53 immigrants, including some children and teens, Texas officials called for the end of Title 42, which is used to expel immigrants seeking asylum, and for expanded avenues of legal migration. Groups like Catholic Charities also stepped to offer aid to the immigrants that survived while county officials worked with consulates to get in contact with the victims families.

Two flights flew out of San Antonio and Longview on Monday and Tuesday headed for Delaware. It is believed they were carrying more immigrants.