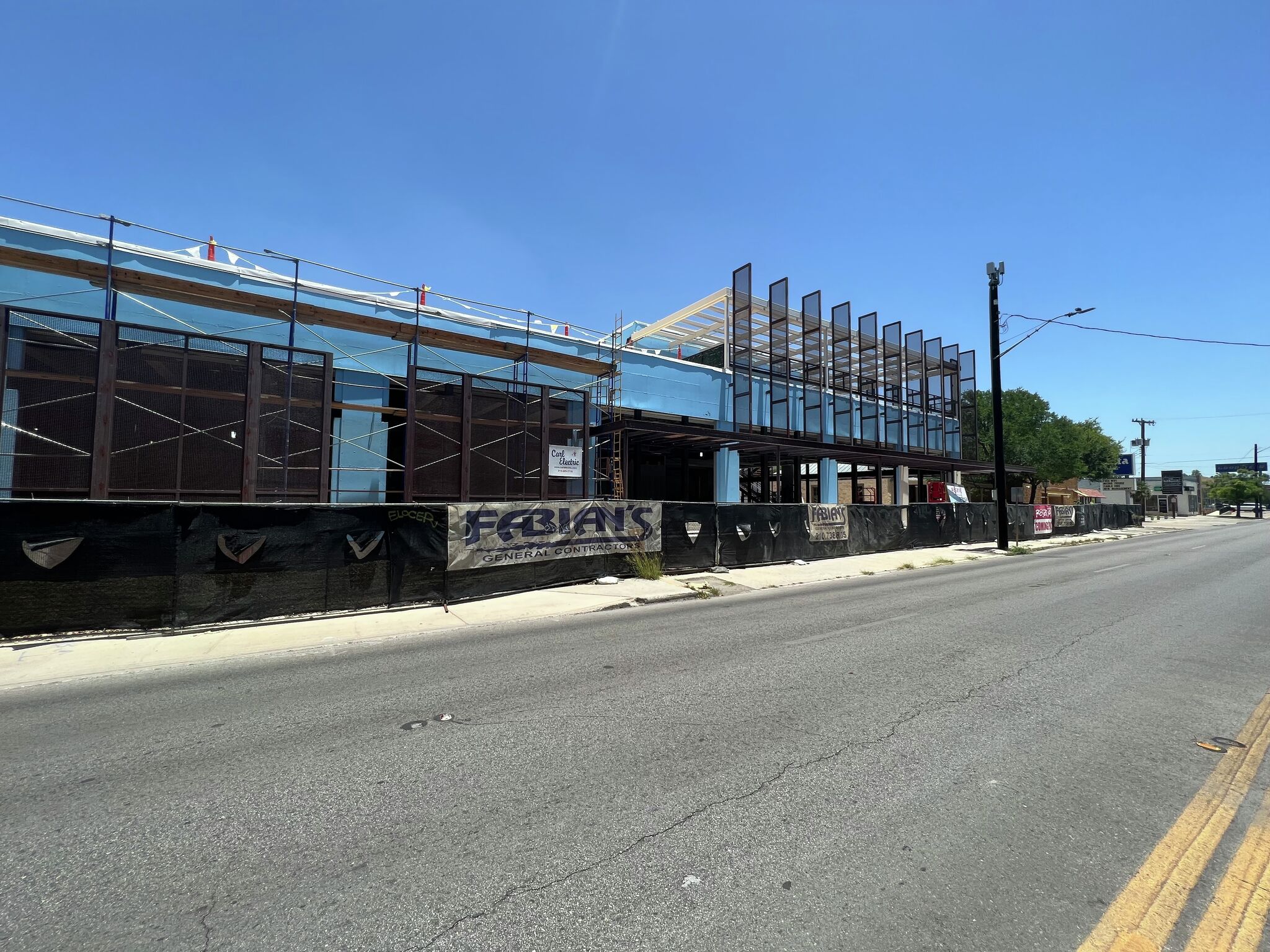 Even after controversy with its future neighbor and past business partner, construction of Rosario’s new Southtown home on St. Mary’s Street is still moving along.

In the meantime, the restaurant reminded its fans that the original Southtown location at 910 S. Alamo Street is still open.

Rosario’s is taking over the space once filled by the now demolished El Mirador next to Peter Selig’s Maverick Texas Brasserie. Designs for the new building included a second floor bar and lounge.

Those designs, approved in March 2021 by the Historic and Design Review Commission (HDRC), were the subject of protest by Selig, who was also Rosario’s owner Lisa Wong’s business partner for Ácenar. Selig started a petition asking HDRC to deny the designs because Wong’s new building would include construction of a 20-foot wall just 6-inches from their patio.

The petition argued that the new Rosario’s building would block “airflow and natural light,” making it unusable. Maverick has since renovated its patio, which it calls Le Palm. There is a lot less light but the patio has kept at least some of its airflow as it’s billed as air-conditioned.

Now that the designs are approved, it looks like whatever beef was there might be in the past. Driving by today, the north end of the Rosario’s building is simply adjoined with the south end of Maverick.