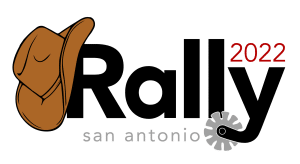 The RV industry has been looking at the scoreboard as of late.

Although 2022 appears like it could be one of the top sales years in history, it also is going to be significantly less profitable than the previous two years when COVID drove people into RVing as their safest way to vacation.

With gas prices and rising interest rates just two factors hitting dealers in the pocketbook, it may come as a surprise that the Route 66 network of dealers is keeping a positive outlook as it nears its 19th annual rally in San Antonio, Texas, scheduled for Oct. 5 through 7.

The event will be held at the Hyatt Regency Hill Country Resort and Spa.

Co-owner Rob Merrill said about 90% of the network’s dealers have registered and some 30 vendor partners have signed up to join the event that brings together independent dealers who have signed onto the network’s fellowship.

The rally will include a golf tournament, a general meeting open to both members and vendor partners, a keynote speech delivered by a Navy Seal who served in Afghanistan and an expo featuring displays by vendors. 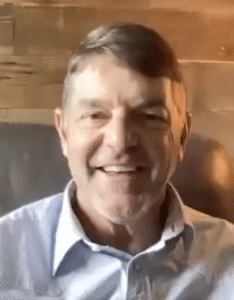 “All-told, Route 66 has more than 50 programs where dealers can either save money or make money or a combination of the two,” Merrill told RVBusiness ahead of the show. “Most are designed to either drive down costs for dealers on things they acquire or increase revenue whether it’s bank programs or F&I programs. Vendors attend our general sessions and get a ton of face time with the dealers. The dealers have a sense of, ‘These guys came all this way to tell us what they do and how they can benefit us,’ so there’s a lot of engagement.”

The rally features two platinum partners in Meyer Distributing and Assurant, who have time dedicated at the podium to address dealers outside of expo time.

Merrill said the dealers have been on an artificially induced surge in business through the COVID outbreak and that the independent dealers are facing more competition from larger corporate dealers than in the past due to consolidation.

“We’re going into the meeting with a cautiously optimistic forecast going forward, but certainly a degree of sobriety given that there are a few headwinds that we’re going to face with the economy,” he said. “And election year always brings its own set of issues, especially in the current environment.”

Even the golf tournament is geared toward business and giving vendors and dealers face time over competition.

It fits in with the theme of the rally, which is building relationships and understanding what each other’s role is in the business partnership.

“I think the dealers really gain an appreciation for these guys that are serving them and not just buying parts and sending loan documents through,” Merrill said. “The relationships built at the rally bleed into the rest of the year and make business dealings a lot easier.” 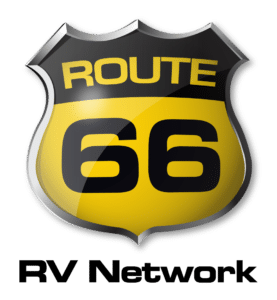 Route 66 is unusual in that it is a network of independent dealers who are referred to the group by each other.

The only way to even become part of the network is to be referred by another network dealer.

“The criteria isn’t really based on how big or small you are or how many brands you carry,” he said. “You’re invited because your reputation is that you do business the right way. You take care of customers after the sale. Character and integrity are a huge deal.”

Benefits to the dealerships, in addition to the nationwide service network, include deals with vendors and F&I programs as well as something of a virtual warehouse where all of the dealers share their parts inventories with one another.

Possibly the biggest benefit for consumers the network offers is that if they buy a vehicle from a network dealer, they can have that vehicle serviced at any Route 66 dealer in 47 U.S. states or RV Care member in Canada. U.S. dealers also will service members of RV Care.

Canadian dealers are not members of the network, so they will not attend the rally.

“It’s been a good deal to be able to extend the travel benefits to others,” Merrill said. “It’s going to be a little different with fuel prices. I don’t know that people will be doing the really long trips that they were the last few years, but it’s a great deal to have a service network.”

For more information about the rally, visit https://route66rvevents.com/information/.