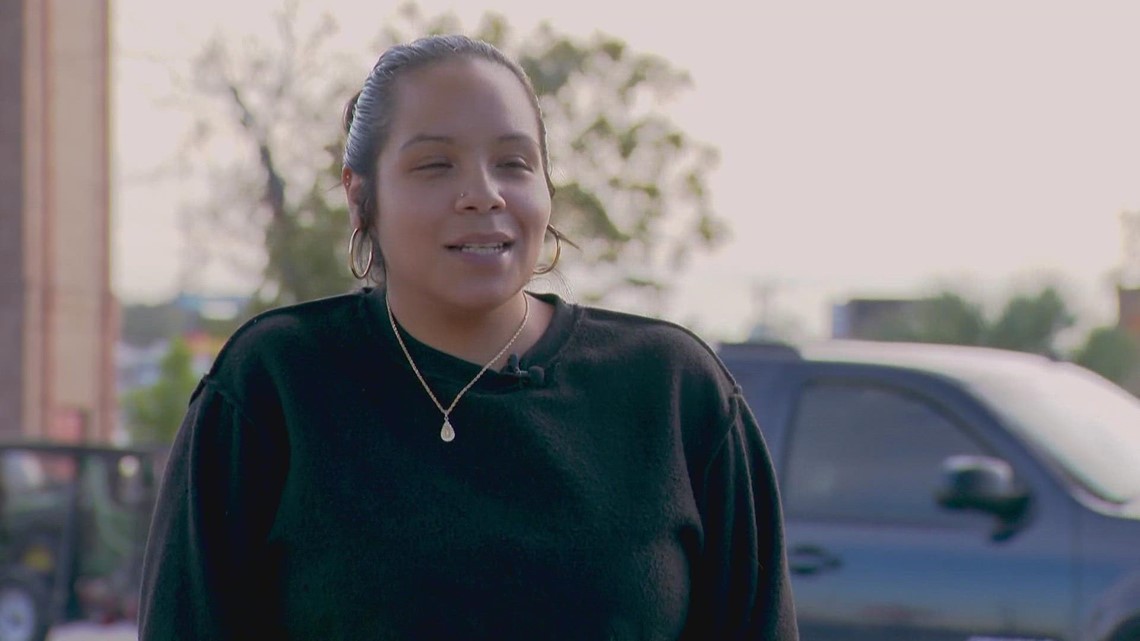 Police say vehicle theft reports are up 26% in 2022, compared to last year.

SAN ANTONIO — On Monday morning, Michelle Salinas ran outside her apartment with her two boys. It was their first day of school in San Antonio, after the family returned to a city Salinas previously called home.

The excitement quickly wore off. When they went outside, they found her car had been stolen from the parking lot of their northeast-side apartment complex.

Now Salinas is without a set of wheels and on a mission to help police track her car down.

Salinas thought her car might have been towed. That wasn’t the case.

“It is sad and unfortunate, leaving me in a big bind as a small business owner with my two boys,” she said

Salinas isn’t alone. KENS 5 used SAPD’s crime tracker map to look at the number of vehicle thefts near the family’s apartment. According to that database, one month saw 139 vehicle theft reports made to SAPD.

Police had previously told KENS 5 that vehicle thefts are up 26% over last year.

“I would love that somebody would just park it and SAPD could find it,” she said. “I can get it back. And I won’t have to go through the hassle of another car and that expense right before the holidays.”

As for identifying features on the mother’s car, she said the back has a dent near the hatch. The license plate number: KSM 5478.

Salinas police spotted her car on the south side before they eventually lost sight of it.

Thieves go after trucks more than any other vehicle in the city. In fact, according to SAPD, the three most-targeted vehicles in the Alamo City are trucks—the Ford F-Series, Chevrolet Silverado and Dodge Ram vehicle.

SAPD provided the following reminders to keep your cars safe: