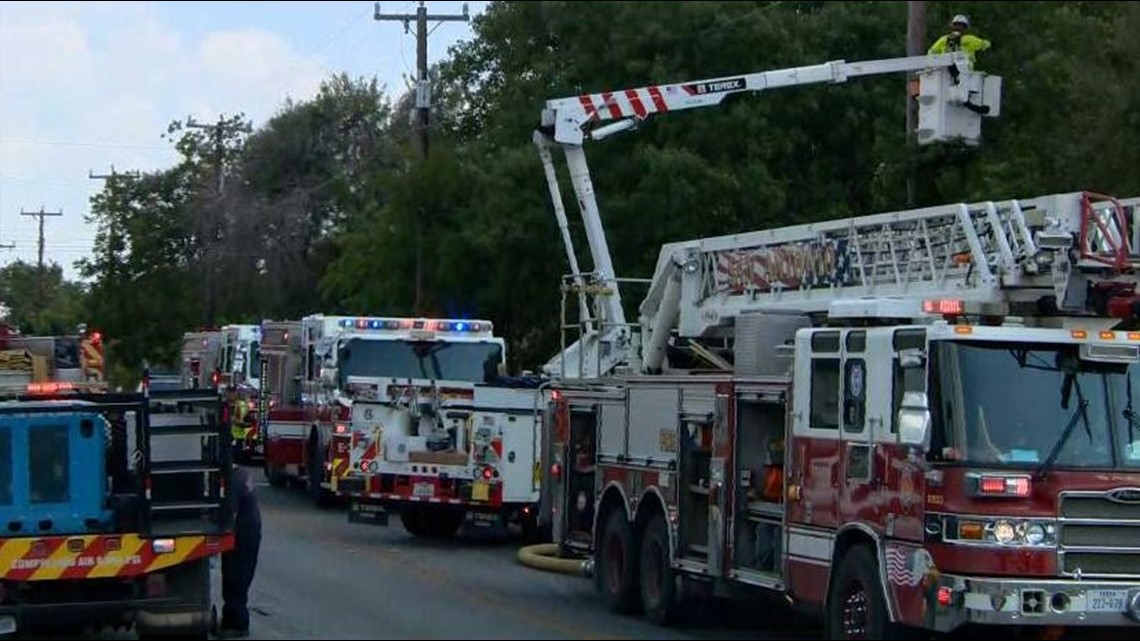 Authorities are now investigating the cause of the blaze.

SAN ANTONIO — At least one person is hospitalized after a house fire broke out in west San Antonio Friday afternoon, according to authorities.

Joseph Arrington, a fire department spokesperson, said crews “made an aggressive attack” to extinguish the flames when they arrived along the 6200 block of West Commerce Street, responding around 2:13 p.m.

The blaze was extinguished within about 20 minutes, Arrington said. A cause is still being investigated.