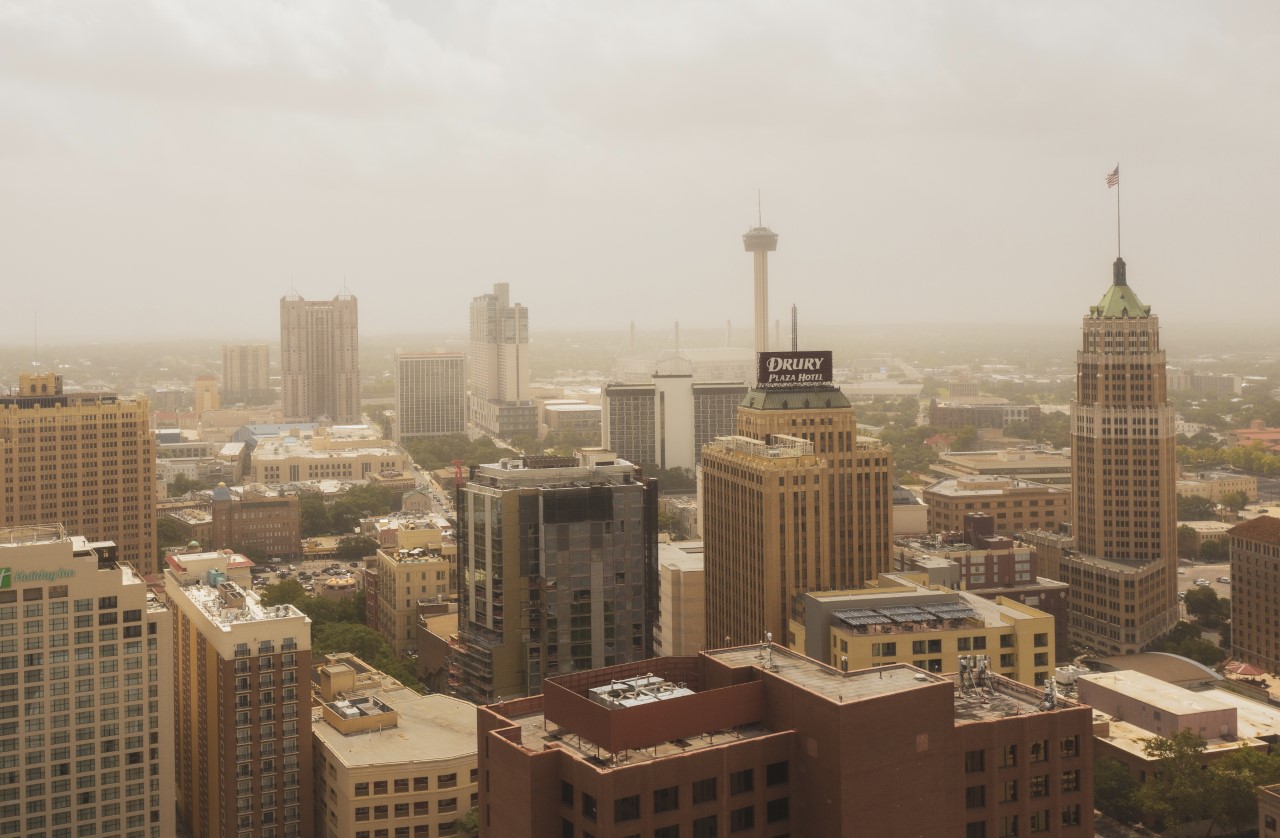 A layer of Saharan dust has arrived in San Antonio and surrounding areas, according to a tweet from the National Weather Service. The fresh supply of dust was airlifted from the Sahara and began its trek to the U.S. last weekend.

Meteorologists from KXAN reported low concentrations of dust are already over the Austin/San Antonio area, but higher amounts will move in Wednesday night and peak by Thursday before airing out on the weekend.

Visible satellite loop this evening. If you look closely before sunset you can see some of the higher concentrations of the Saharan Dust plume working in off the Gulf of Mexico into the Coastal Plains of Texas. This will work farther into South Central Texas tomorrow. pic.twitter.com/A2E3cP19P6

Winds pick up an estimated 100 million tons of dust from the Sahara Desert each year, and a sizable portion of it blows out over the North Atlantic Ocean, according to NASA. Saharan dust season typically lasts from June through August.

Saharan dust is known to be a bother for those with allergies and to create stunning sunsets. Dust can degrade air quality and have negative health effects, particularly for people with lung conditions, according to NASA.

Saharan dust concentrations have increased across South Central Texas today, and the current air quality index is “Unhealthy for Sensitive Groups”. Follow https://t.co/xZ4ZSLnNS0 for current conditions and forecasts at your location. pic.twitter.com/29PkMHiaNL

Here are some tips on how to alleviate any dust problems, according to Chris Thompson, founder and medical director of the Aspire Allergy & Sinus Center.

Thompson also urges those who suffer from lung conditions and allergies to watch out for when the dust reaches its peak amount in the city.  When dust is particularly high, you can actually see it as an orange-brownish haze on the horizon during the day, he added.