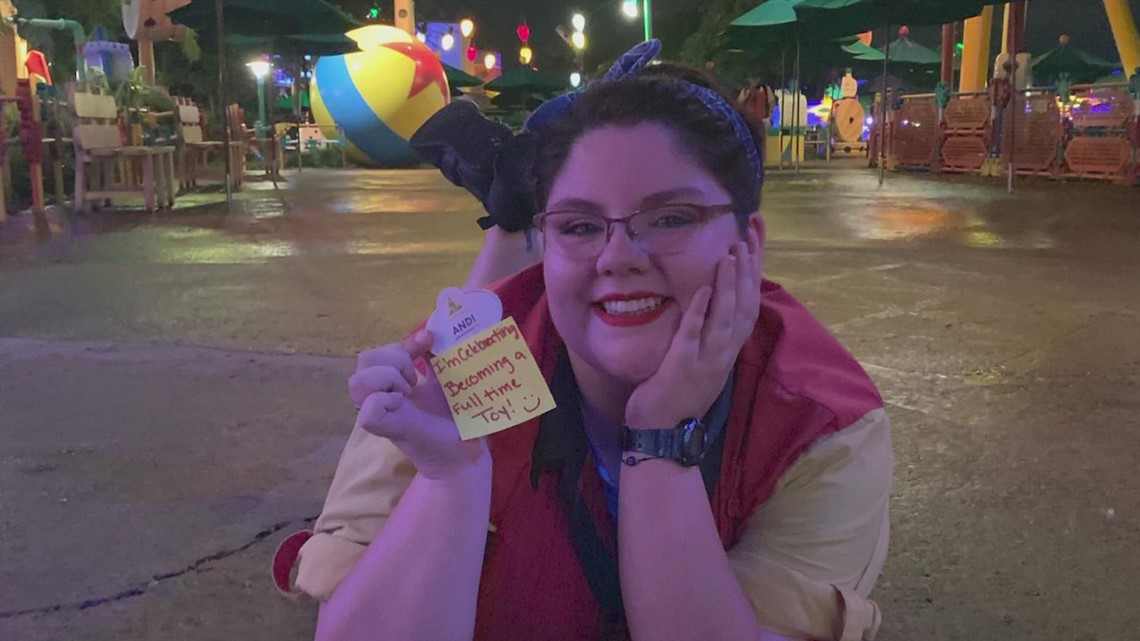 Andrea Canchola moved to Orlando from San Antonio a year ago to work at Disney.

SAN ANTONIO — More than 1.8 million people are without power in Florida right now as Hurricane Ian slams the Florida coast.

The powerful storm turned streets into rivers and is threatening catastrophic damage further inland as it inches closer to Orlando.

That’s where Andrea Canchola, a San Antonio native, will ride out her first hurricane.

As of Wednesday evening, Canchola and her roommates were among the lucky ones to still have power.

“It’s all three of our first hurricanes,” Canchola said about her roommates. “The other two, one of them’s from Michigan, the other one’s from Kentucky.”

Hurricane Ian is considered one of the most powerful storms to ever hit the United States. Its strength is weakening, but it still holds enough intensity to cause tornados, flash flooding and further destruction.

The eye of the storm is forecasted to cross over Orlando before sunrise Thursday.

“I know it’s supposed to get worse [Wednesday night],” said Canchola. “We’ve been in a tornado warning or tornado watch.”

Canchola moved from San Antonio to Orlando a year ago to work for Disney.

“It’s my second hurricane season, but last year wasn’t very active at all,” she explained.

“I work at an attraction in a park, so they’re like, ‘Ok, we can’t really have a park going on with winds like that!'” Canchola explained, as winds whipped through her apartment door.

Canchola said she and her roommates stocked the pantry, bought plenty of water, batteries and lanterns in case they lose power overnight.

“It’s a little bit nerve wracking for us, but I think we’re gonna be OK,” she said.

Canchola says flooding shouldn’t be an issue where they live. Her apartment is on the second floor.

Her plan is to shelter in place as she braces for impact.

“Me and my other roommates are keeping watch constantly. I check [the weather] probably every 30 minutes to see what’s going on because it calms my nerves,” said Canchola.  “My heart goes out to everyone in Tampa and everyone out on the west coast of Florida.”