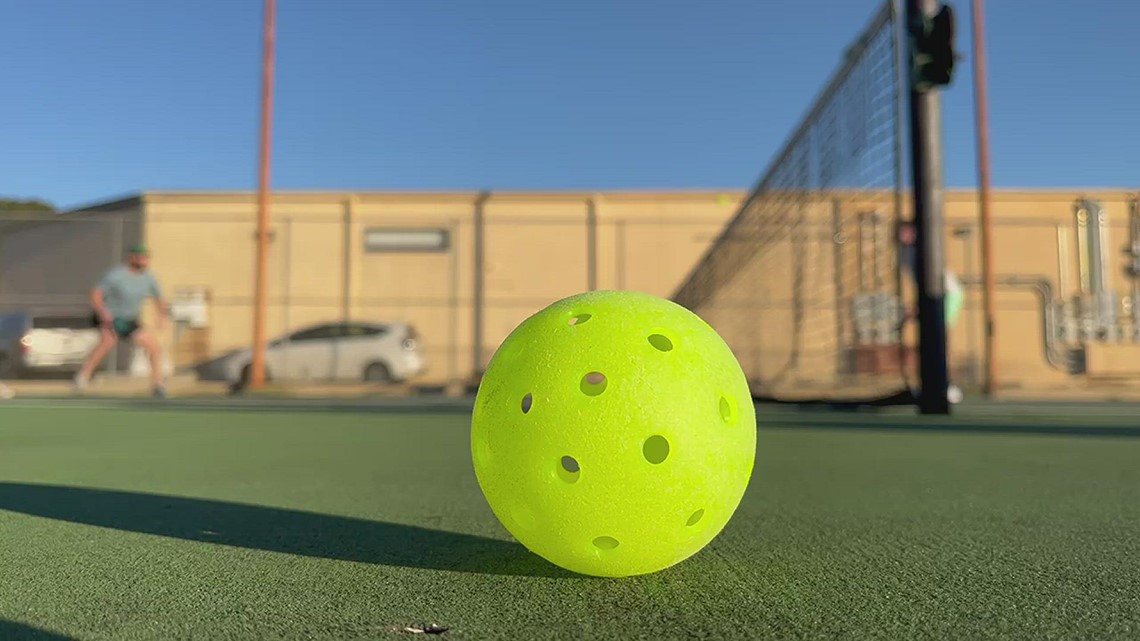 The takeover is more like mainstream these days. Who doesn’t play is almost the question. We went out to talk to the people and what we thought we already knew was only confirmed.

Our sports photographer told me about some of his friends that play regularly, so that was our first stop, Shavano Woods and played doubles for the camera.

Clearly the PickleBall craze is not slowing down. I asked Austin what he loved so much about it?

“I love that I get to play a competitive sport with the more social impact.”

We later made our way over to Thousand Oaks Family YMCA. They had emailed us about some newly renovated tennis and basketball courts now Pickleball ready!

“We said we have to go with what is going on,” said Executive Director Brian Ortiz. “Hopefully bring in more members.”

And despite the cold mornings this week FIT Pickleball Tennis Center in Windcrest it was definitely one of the places to be.

“You know they are all nice and fabulous (people),” said regular player George Dauberman.

George added that Pickleball is great for the older folks as well as young people.

And who hasn’t heard of Chicken N Pickle? We all have! Their food menu, drinks and overall atmosphere is awesome, but their employees tell us Pickleball is what the majority of the customer base wants!

San Antonio even has a Pickleball store, Pickleball Giant. You take lessons on their indoor practice court, and of course find piece of equipment your Pickleball heart could ever desire.

I asked owner Robert Wood how serious people take their game equipment. “People are spending up to $250 on their racket, so I’d say that is pretty serious.”

So join the movement! Or maybe you already have? There are no signs of San Antonio Pickleball ‘mania’ slowing down.