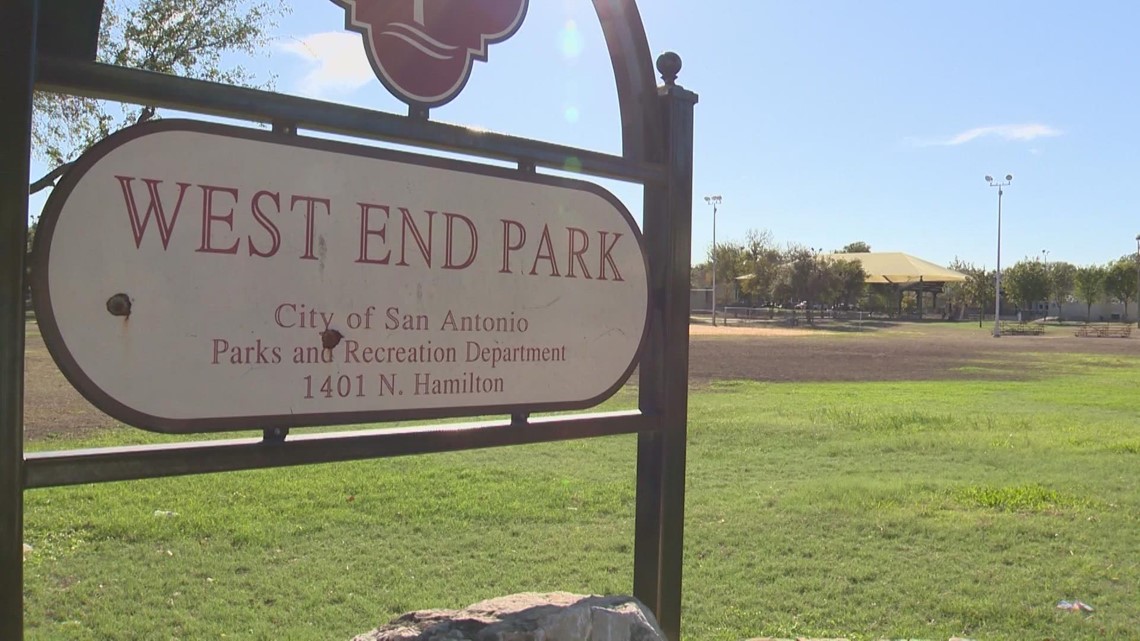 Kenneth Dickson imagines a future for West End Park free of the violence it wears on its face.

SAN ANTONIO — A San Antonio activist is hoping to end a plague of gang violence in one west-side neighborhood through youth sports. But he needs the community’s help to make it a reality.

The athletic field at West End Park is often empty, but for Kenneth Dickson it is full of potential.

“This whole field right here will be our tackle positions. It will be our Juniors, our Tykes, and our other divisions will be all here.”

Two bullet holes adorn the West End Park sign; scars of the violence Dickson hopes to free his neighborhood from.

“During the day, or during the evening, there’s nothing going on right here other than gang violence,” he said. “We’re not just here to bring football we’re here to bring a lifestyle change we try to bring we’re trying to break generational curses.”

His non-profit, the Westend Redwolves strives to give kids like ten-year-old Larry Coleman an after-school alternative to the street.

“They help me practice my drills, and I get better at basketball,” Coleman said.

Dickson is hoping to add football to the list of activities, while offering access to social programs for the kid’s families.

“What better way to clean up community other than bringing sports and having a whole bunch of kids out here, loving, loving the atmosphere and loving the community.”

But he’ll need backing from the community to make it a reality. He estimates he’ll need $30,000.

“For the 100 helmets, 100 shoulder pads,” Dickson said. “and the rest of the funds that were will be needed will be for uniforms, league fees, insurance and field equipment.”

Dickson says however long it takes; he plans to keep going until the potential of his west-side community is unlocked.

“Tomorrow, might not happen, a few months down the line, but eventually it will catch,” he said. “And we will get the resources that we need to provide these free services.”

Dickson has set up a GoFundMe page for anyone interested in donating. People can also donate through the team’s website or on Cashapp. The WestEnd Redwolves is a registered 501(c)(3) non-profit and donations are tax deductible.