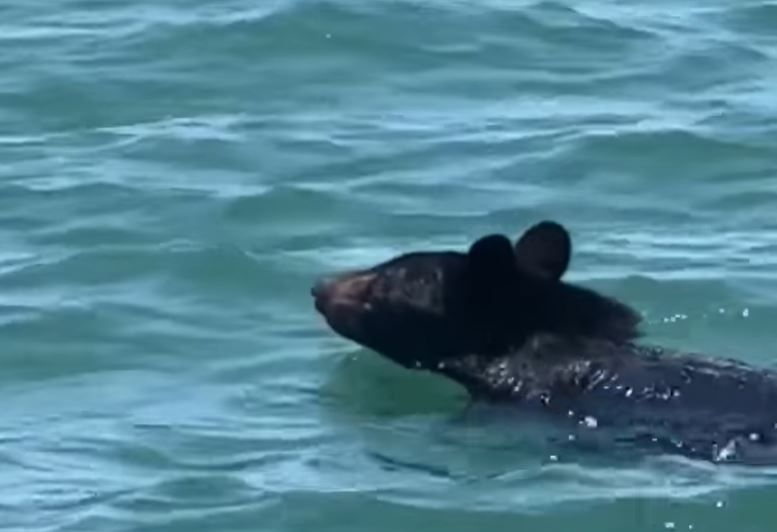 A San Antonio-area woman found something in a Texas lake she never would’ve expected, a black bear. Debra Luke tells MySA that she and her husband Dal were pre-fishing for their club’s bass tournament on Lake Amistad on June 10.

The pair spotted the bear at 2 p.m., a time that is known in Texas to be the most dreadful due to triple-digit temperatures. Lake Amistad is a reservoir on the Rio Grande at its confluence with Devils River 12 miles northwest of Del Rio, which is about 156 miles west of San Antonio.

Luke sent the cute video she took of the bear swimming in the lake near her to the Texas Parks and Wildlife Department. The state agency posted about the sighting on Monday, June 20.

“Swimming with bears,” the department writes in its post. “While black bears are still a threatened species in Texas, they are returning to their historic range. Black bears rarely pose a threat to humans if given plenty of space and not habituated to human contact.”

The black bear is a rare, protected species in the state of Texas, according to TPWD. The conservation of the species has been extremely successful over the last 20 years.

While Texas offers state-protected status to black bears and it is against the law to hunt, harass, or kill them, the state does not actively manage bears, and there have been confirmed sightings in West Texas.

Watch the video from Luke below: