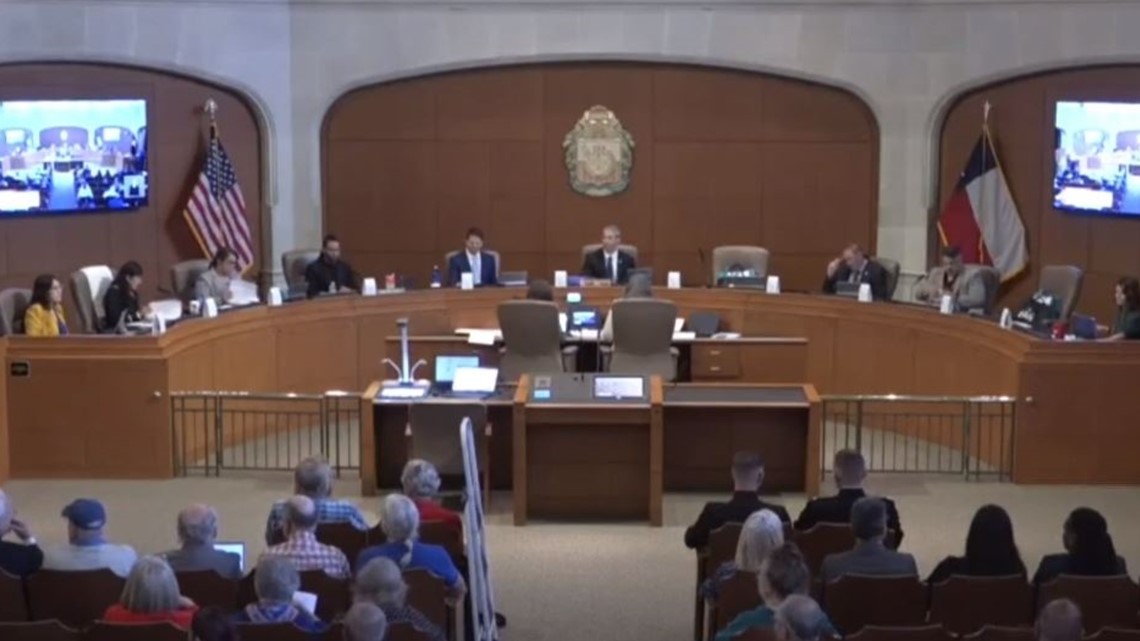 Meanwhile, Councilman Clayton Perry was absent from the council meeting after reports connected him to a hit-and-run last weekend.

SAN ANTONIO — The city council voted Thursday to censure councilman Mario Bravo over his conduct involving an argument with another councilwoman in September.

The vote was 8-0. Councilman Bravo abstained from the vote. Councilmembers Clayton Perry and Ana Sandoval were absent from the meeting.

Councilman Bravo is under fire following an outburst where Bravo insulted councilwoman Sandoval.

Following the council’s decision, Bravo released a statement saying, “On the morning of September 15th, I became emotionally overwhelmed and betrayed my own values. I did not handle myself well that day and I stand by my public apology. Since that day I have sought spiritual guidance and focused on deep reflection and personal growth. I am ready to take feedback and make amends, and I commit to holding myself to a higher standard. I fully intend to uphold my duty to serve the citizens of District 1 and I look forward to continuing to work with my council colleagues.”

A city source confirmed to KENS 5 in September when the incident happened, that Bravo and Sandoval, who represents District 7, were embroiled in a behind-the-scenes exchange not caught on camera.

It spilled over into the Sept. 15 regularly scheduled council session, in which Bravo can be heard addressing Sandoval during discussions over how to spend millions of dollars in surplus CPS Energy money, specifically in regard to how his own plan was received.

A busy morning ahead on the city council.
– Councilman Mario Bravo faces a censure and a vote of no confidence
– Councilman Clayton Perry is not here after reports of being involved in a hit and run crash this weekend
– SA Missions to transfer its lease agreement to new owners pic.twitter.com/FOA92UvFKQ

Sources say Bravo accused Sandoval of pulling support for one of his ideas that ultimately fell one vote short. The exchange got heated, sources say, when Bravo, who used to be in a relationship with Sandoval, said her actions proved why he did not want to have children with her.

The city council has scheduled a censure and vote of no confidence for Bravo later Thursday. Councilwoman Sandoval was not in attendance at the meeting.

At the meeting, Bravo’s father defended him, saying “when you fight for what you believe in, you sometimes get emotional.”

Councilman Bravo’s father said “when you fight for what you believe in, you sometimes get emotional.” After the time expired he said there will be a time when all the facts come out.

Councilwoman @AnaSandovalSATX has released a statement following the ‘no confidence’ vote. pic.twitter.com/DW4E9qrFCC

Meanwhile, District 10 councilman Clayton Perry is addressing reports that link him to a hit-and-run that happened over the weekend.

A witness followed the Jeep to Perry’s driveway and described the appearance of the driver to police.

In a statement, councilman Perry said he hit his head and doesn’t remember the crash. He also said he was “fully cooperating with everyone to resolve it properly.”