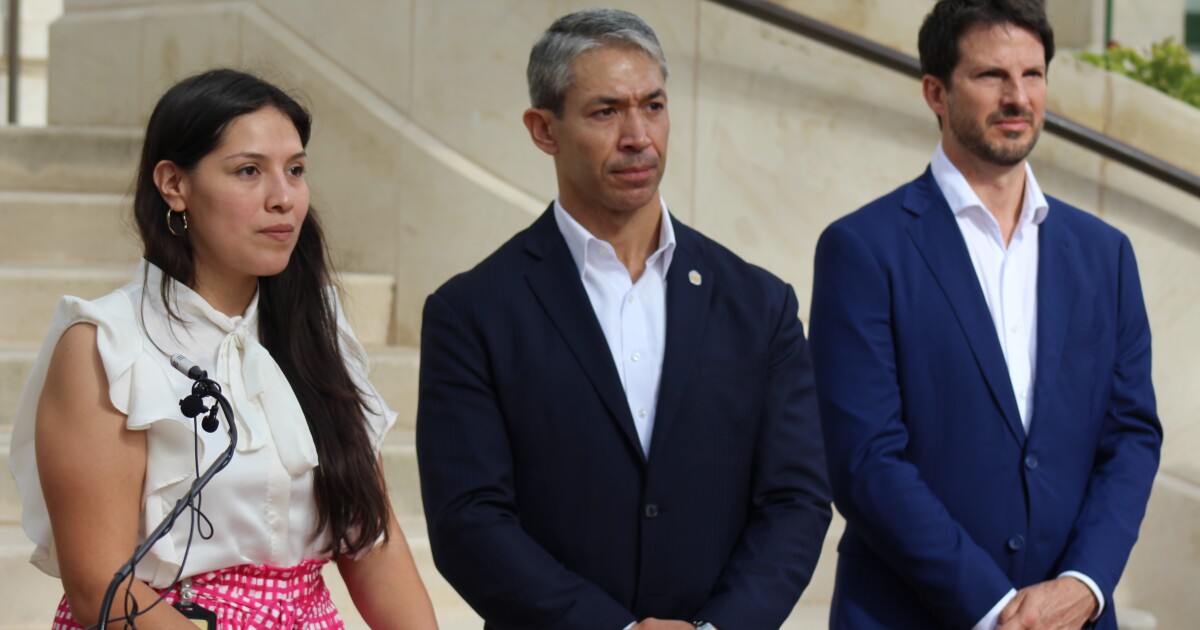 The San Antonio City Council will debate the right to abortion next Tuesday during a special city council meeting.

The resolution is symbolic, meaning it won’t change any city policy or go against state law, but will become an official political stance of the city when advocating to state and congressional lawmakers. It’s similar in nature to what’s known as the GRACE Act being passed by cities across the U.S., including nearby Austin which approved its version last week.

The push to make the resolution a reality is being led by District 5 Councilwoman Teri Castillo who said Wednesday her office began drafting the resolution when the leak of the Roe decision was made public.

“We have a responsibility to protect our residents from violation of their protected human rights and their free exercise thereof,” she said. “A duty to stand up against a draconian Supreme Court ruling especially in a state like Texas where trigger laws will go into effect.”

On Tuesday the U.S. Supreme Court issued a judgement greenlighting a Texas trigger law banning abortion in nearly every circumstance could take affect near the end of August.

San Antonio’s resolution, although not identical to the GRACE Act, has similar recommendations like not using city funds to investigate or store data about abortions and miscarriages, and not assist outside law enforcement agencies in their own abortion investigations. Castillo said it would be the framework for future city ordinances.

The resolution’s vote, scheduled for a special meeting on Aug. 2. would make city council members take a public stance on abortion. Six members of the council appeared on City Hall’s steps Wednesday in support which is the majority needed to pass a council action.

Earlier in July, District 2 Councilman Jalen McKee-Rodriguez called for local support and passage of the GRACE Act, which stands for Guarding the Right to Abortion Care for Everyone. The act calls for much of what Castillo has proposed but also has a policy that abortion is a low investigative priority. McKee-Rodriguez said by phone Tuesday night said he would support Castillo’s resolution

“I still want to read through it to make sure everything my team and I want is in there but overall yes, I can’t see us not supporting it,” he said adding he hopes low investigation priority language is included in the resolutions final version.

The resolution would stop short of mandating any changes to city ordinances or San Antonio Police Department policy as the city can’t decide which laws SAPD can enforce. San Antonio Mayor Ron Nirenberg said the resolution does not put the city at odds with state law.

“But it is making sure that we understand that the authority that is vested in city government we are not going to pursue or criminalize those who seek abortion,” he said.

Not putting an emphasis to prosecute criminal cases related to abortion has the support of the Bexar County District Attorney Joe Gonzales, who was present at Wednesday’s news conference.

“I understand my oath,” he said. “I understand that if law enforcement is going to investigate and file a case with our office we have an obligation to review those cases and we will. But then I reserve the right to exercise my prosecutorial discretion and make decisions about whether or not to go forward with those cases.”

Nirenberg called the overturning of Roe v. Wade an “attack on the health of independence of women, of people of color and the disadvantaged across our city and across our country.”

Nirenberg has called for a special meeting of the city council to discuss and vote on the resolution. A semi-unusual step but Castillo and Nirenberg stressed the importance of taking action quickly.

2022 is in the lead for the driest year San Antonio has experienced so far
Two San Antonio schools affected by threats Friday; No students were harmed
Encino Branch Library debuts new inclusive playground