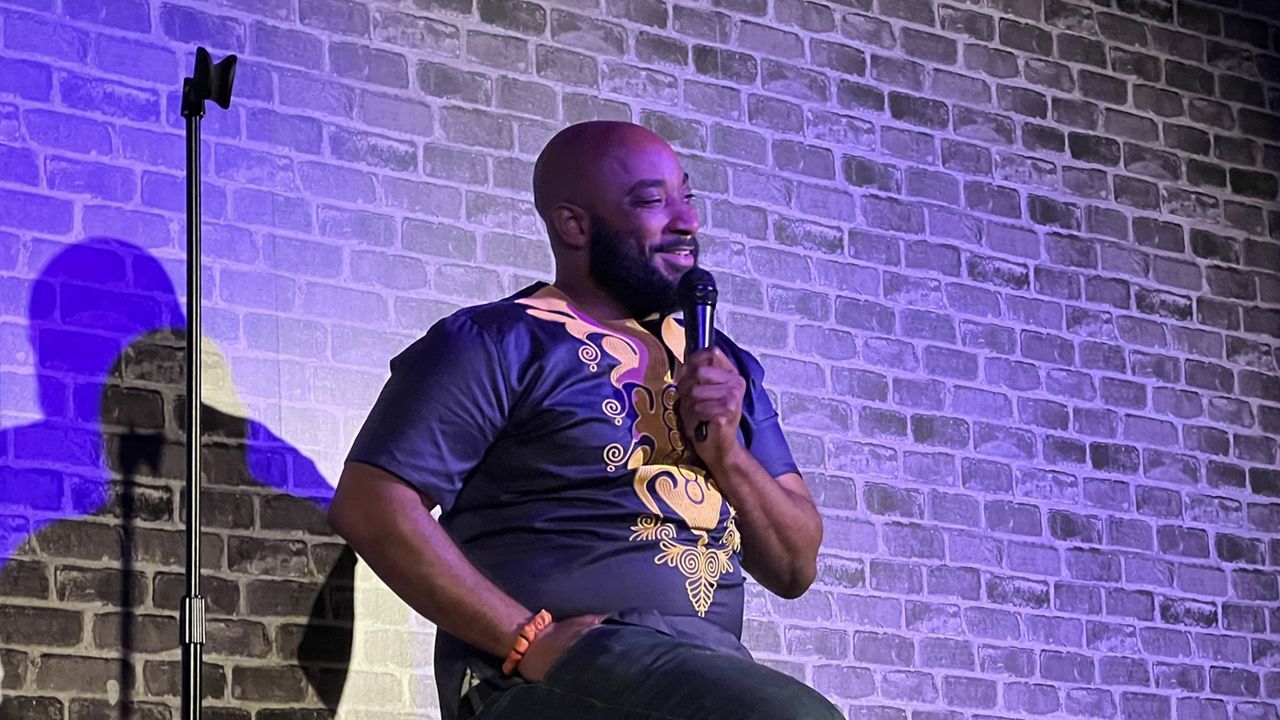 SAN ANTONIO — Clifton Simmons has been a comedian for 13 years and when he’s on the stage, he puts it all out there — stories of his relationships and his upbringing in San Antonio.

“The West Side, puro Weso. Man, I was a Black bean in a pinto bean bowl. I enjoyed it. I’m from Marbach [area], exit 7,” Simmons says. “I love the food. We put cheese on everything.”

He knew comedy was his calling when he did a show on Broadway in New York and he connected with the audience. That’s one thing he teaches younger audiences.

That’s the art of standup comedy, bringing folks together to laugh and reflect.

“I grew up with a lot of Mexicans, ahh, I was that Black dude at the quinceañeras just (expletive) up the cumbia,” Simmons told a crowd as they laughed.

He wants San Antonio’s comedy scene to continue growing by serving as a host. He currently hosts an open mic at Tandem San Antonio, a coffee and bar spot on San Antonio’s Southside, and other events and performs in San Antonio’s Laugh Out Loud Comedy club on the city’s Northside. It’s an environment that is growing.

However, after the incidents between Will Smith and Chris Rock and an audience member rushing Dave Chappelle on stage, Simmons said it’s more thing for comics to worry about.

“I was concerned with the whole Chris Rock thing. I thought people think it was okay to get on stage, but I’m not concerned. We got ushers and security,” Clifton says.

Being on stage is therapeutic for Clifton, so it brings him peace of mind, knowing that the venues in San Antonio will ensure his safety.

“I’m educated in taekwondo, so I will know how to defuse a situation and I would go into prayer mode because obviously what’s in him is a demon,” Clifton says.

So Clifton’s going to continue to make people laugh and mold that next generation of talent.