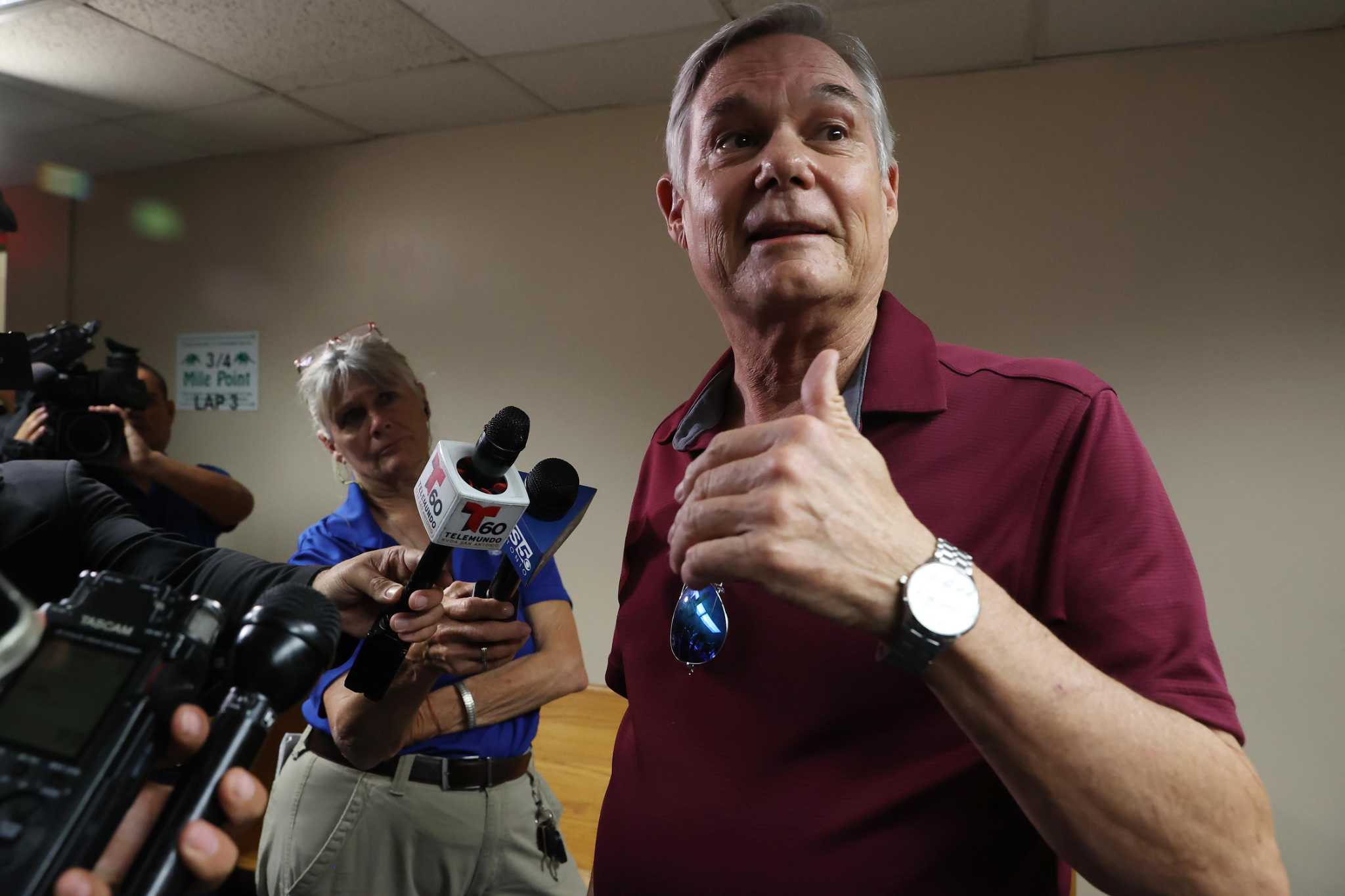 Perry continues to work with the councils HR on overturning the process, is Palacios added in the post.

Update: 1:34 p.m. Tuesday, November 15: The City of San Antonio has confirmed District 10 Councilman Clayton Perry will receive his entire salary while on a leave of absence from the council, according to Texas Public Radio City Hall Reporter and Intern Coordinator Joey Palacios.

NEW: District 10 Councilman Clayton Perry WILL receive his salary while he is on his leave of absence from the council, the City of SA just confirmed. @TPRNews

Perry’s interim replacement will also receive a salary as well.

The City of San Antonio is also seeking applicants to temporarily fill Perry’s District 10 position, according to a social media post. His replacement will also be receiving his standard salary of $45,722 per year, according to Palacios. City Council will also have the ability to remove Perry if he’s found guilty of the charges against him.

Forms for the temporary City Council position will be available at City Hall on 100 Military Plaza #4, San Antonio, TX 78205, or online on the official website, the post added. For more information, applicants can call 210-207-4257.  Deadline to submit applications to the City Clerk is November 28 at 5 p.m.

UPDATE: San Antonio City Council publicly reprimanded Councilman Clayton Perry Monday, November 14, with a vote of no confidence after a hit-and-run while allegedly driving while intoxicated. City Council also granted a leave of absence for Perry to seek rehabilitation. Council members removed a call for Perry’s resignation from the original text of the vote, acknowledging public comment from constituents saying it wasn’t the City Council’s right.

The City Council also removed a section from the resolution saying that he was unapologetic, with Councilman Manny Pelaez referring to a press conference Perry held earlier Monday apologizing to his staff, his constituents, and the people in the vehicle Perry allegedly crashed into. The motion was approved 8-1 with Mayor Ron Nirenberg voting against. Perry and Councilman Jalen McKee-Rodriguez abstained.

In a 9-0 vote, City Council agreed to appoint someone to Perry’s seat during his absence by November 30. Perry and Councilman Mario Bravo abstained from this vote.

District 10 constituents who spoke during public comments asked the City Council to vote “No” on the resolution, recalling his actions as a councilman and saying “he has done so much good for the city,” also asking for due process.

One resident, James Hamilton, said that Perry was not asking for compassion but instead using white privilege to avoid accountability.

The City Council will have the ability to remove Perry if he is convicted of a crime out of the alleged hit-and-run, according to the city charter.

Councilman Clayton Perry has ignored calls for his resignation, instead asking for “time to heal” during a noon news conference on Monday, November 14, after his arrest and alleged involvement in a drunken hit-and-run the previous week. He read a written statement to reporters at his field office, apologizing to the occupants of a sedan he hit with his Jeep on November 6.

“I am genuinely very, very sorry, not only to the occupants of the other vehicle, but to my district neighbors, my staff, the city staff, my family and friends, and the community as a whole,” Perry said at the news conference. “I’ve come to the conclusion that while waiting for the investigation to conclude, I’m requesting a sabbatical from my duties as [District 10] councilman.”

Perry was arrested on Thursday, November 10, and charged with “failure to render aid,” a class B misdemeanor, after a warrant was issued for his arrest. Later that evening, San Antonio police released body cam footage of an officer finding Perry laying in his backyard after the alleged hit-and-run and announced he would also be charged with “Driving While Intoxicated.”

In the video, Perry is heard giving incoherent, slurred responses to the officer questioning him about the crash and his whereabouts earlier in the evening. It also appears that the councilman soiled himself and has a laceration to his head. The officer eventually left Perry without giving Perry a sobriety test.

On Tuesday, November 8, Mayor Ron Nirenberg said Perry should resign if initial reports of the incident were true. The City Council is expected to issue a vote of no confidence and call for Perry’s resignation on Monday, November 14, at 1:30 p.m. during a special meeting.

“Although I do not intend to resign my seat, I’m asking for some time for me to heal, for due process to play out,” Perry says. “And for a little humanity and compassion. I’m a human and I made a bad decision.”

During Monday’s news conference, the District 10 councilman asked his fellow councilmembers to stay their hands and not agree to a planned vote of no confidence.

Perry said that members of his district had voiced their support of him.

“At the end of the day, it’s my belief that people in District 10 who elected me should be the ones who decide who sits in this office,” Perry said. “Thank you to everyone who’s reached out with time words of encouragement. It’s not gone on deaf ears.”

District 9 Councilman John Courage tweeted a message echoing Perry’s statement of District 10 supporters reaching out, also asking people to participate in a survey on the matter.

We have received numerous messages from the residents in D10 recommending I vote NO on any action by the Council on a Censure or Request for Resignation regarding Councilman Perry for his actions.

I would appreciate your input on this matter. https://t.co/OvECA4sJt0

“I hope to regain the respect and trust that each of you has given me over the past six years. I’m sorry,” Perry said.