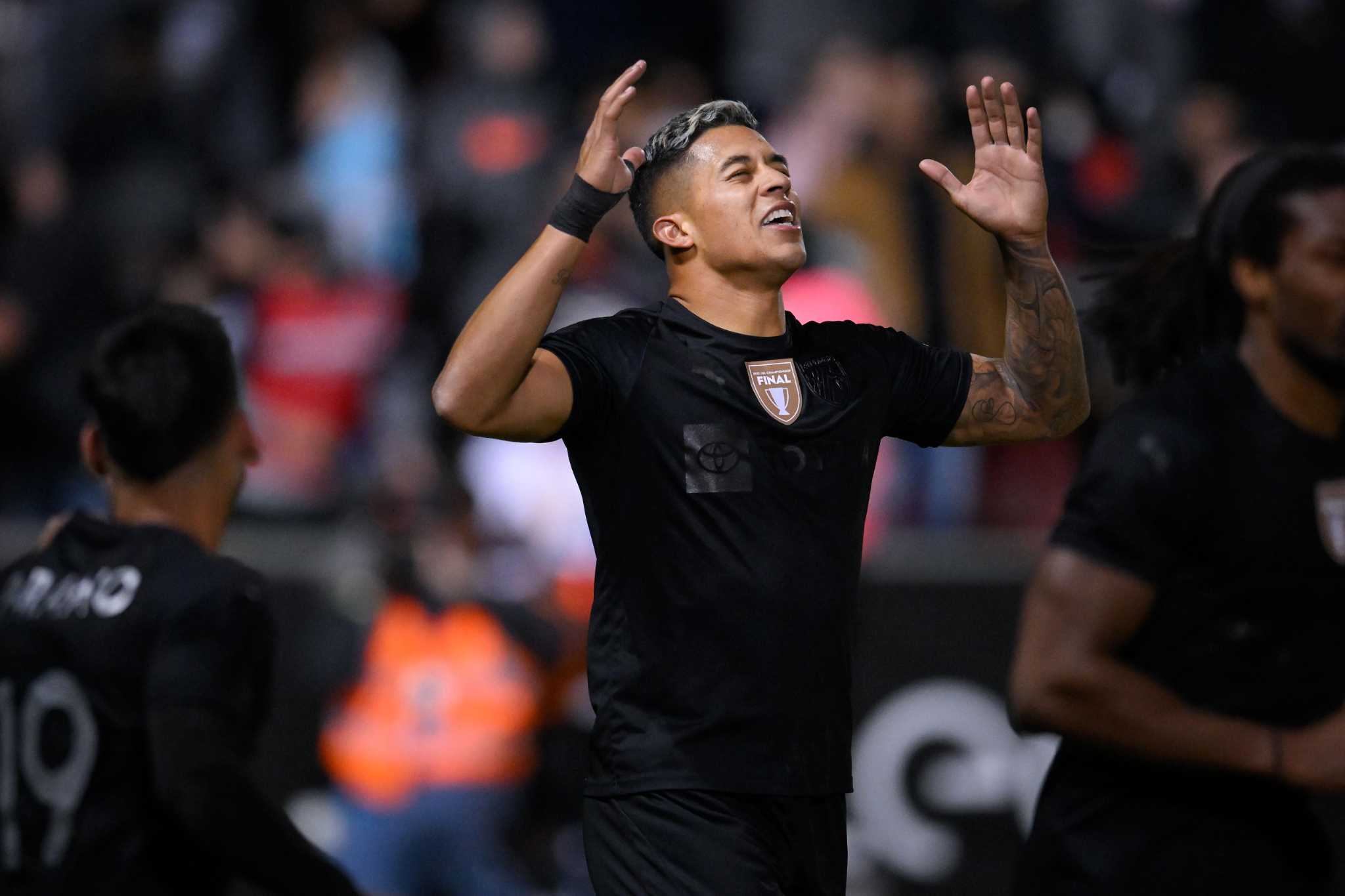 For the first time in club history, San Antonio FC are league champions.

Santiago Patino scored a brace, Sam Adeniran added an insurance goal and the league’s best defense held up, lifting San Antonio to a 3-1 win against Louisville City FC in the USL Championship final in front of a sellout crowd Sunday at Toyota Field.

The title caps a historic season for SAFC, which became the first USL Championship team to claim the regular season and postseason crowns in the same year. San Antonio piled up the second-most points (77) in league history during the regular season, setting the records for wins (24) and shutouts (17).

Sunday also culminates a three-year build under coach Alen Marcina, who took the reins of the club in 2020 and installed a system unlike any other in the league, insisting on constant aggression. San Antonio led the league in fouls this season behind a physical style of play and ranked a distant last in total passes and passing accuracy, skipping slow builds for chances to break through down the field.

As the mentality took hold, San Antonio showed steady progress, winning Group D of the USL Championship in 2020 but dropping an opening-round playoff match to New Mexico United after an uncalled handball led to the game’s lone goal in extra time.

SAFC moved a step further last year but met similar heartbreak, claiming the No. 2 spot in the Mountain Division and advancing to the Western Conference final for the first time in club history before losing to Orange County SC in a penalty shootout.

The mantra as the group looked to rebound in 2022 was becoming “mentality monsters,” a mindset Marcina rooted in resilience and competitiveness. Those qualities were on display all year, as an array of injuries forced San Antonio to start a 36th different starting lineup Sunday out of 37 total matches this season.

San Antonio proved its ability to respond to adversity again Sunday, prevailing after a crushing string of near misses during the first 15 minutes.

Less than 3 minutes into the match, Patino was fouled by charging Louisville keeper Daniel Faundez near the corner of the 18-yard box, earning a penalty kick. Mitchell Taintor’s approach on the penalty try baited the keeper into diving the wrong direction, but the shot rolled wide right of the net to keep the match level.

About 10 minutes later, Cristian Parano’s through ball sent Patino into space on the right side of the penalty area, and Patino’s rolling cross skittered through the 6-yard box, narrowly missing a potential finishing touch from Sam Adeniran.

San Antonio was inches from a goal yet again in the 16th minute, as Adeniran’s bouncing shot from the corner of the 18-yard box careened off the far post.

SAFC’s breakthrough at last arrived in the third minute of first-half stoppage time. A corner kick to the far post went off the head of Mitchell Taintor and collided with the arm of his marker from Louisville, earning San Antonio a penalty shot. Patino made this one count, sending the ball into the right side of the net for a 1-0 lead.

San Antonio extended the margin to 2-0 in the 65th minute. Mohammed Abu sent a free kick across the penalty area, Taintor headed it back toward center, and Adeniran put it in with a looping header to the top-right corner from about 6 yards.

Patino iced the result with his second goal of the night in the 70th minute. As San Antonio pressed forward on a counterattack, Abu played a ball from the wing to Patino in the middle of the penalty area, and Patino touched it off his chest before rolling it into the middle of the net with his right foot.

Patino’s goals give him eight in his playoff career with SAFC and five this season — both club records.

San Antonio’s defense made the lead stand up. USL Goalkeeper of the Year Jordan Farr made a diving save in the 50th minute, using an outstretched hand to keep Louisville’s shot from rolling into the lower-left corner. He also parried away a free kick from just beyond the penalty area in the 77th minute.

Louisville found its lone goal in the 78th minute, as Farr was unable to secure a catch on a cross into the box, setting up Brian Ownby for an uncontested strike.