SAFC dominated in a 3-1 win over Louisville City FC to win the club’s first ever title, setting off a wild celebration for the sold-out crowd.

SAN ANTONIO — A packed, raucous crowd at Toyota Field got louder with each of the three goals that San Antonio FC buried, reaching a frenzy as the team won their first ever USL title.

SAFC beat Louisville City FC 3-1 by executing on set pieces and counterattacks, along with a flying defense and stout goalkeeping. Despite struggling with depth, SAFC won 24 of their 34 games to secure the number one seed, and with one more win they had an opportunity to stamp the team in history and solidify one of the best seasons in the league’s history.

The home team earned a penalty kick in the fourth minute, but missed. Louisvile City had more possession, but San Antonio kept knocking on the door with such force and persistence that it was clear they would break through eventually. When they got another off of a corner in the final minutes of the first half, Santiago Patiño drilled it to open the scoring into the break.

Corners continued to work well for SAFC, and Samuel Adeniran popped in a gorgeous header from close range, just tucking it in the very top shelf.

Samuel Adeniran with one of the prettiest headers you ever will seepic.twitter.com/YuUE55Svz8

San Antonio flew out of their defensive end to apply pressure in transition, and it paid off as the ball found Patiño at the penalty spot, and he smoked it past the keeper for a 3-0 advantage. His second goal made him an obvious choice for MVP.

Louisville City got some quality shots in and goalkeeper of the year Jordan Farr made solid and sometimes spectacular saves. Still, the visitors capitalized on a mistake and quieted the crowd.

The defense bent, and things got a bit chippy at the end. When the seventh and final minute of stoppage time passed and the whistle blew the restless crowd finally exhaled, and exhale they did.

The sellout crowd of over 8,000 let loose, banged drums, hugged, and reveled in the first championship in the team’s seven year history. 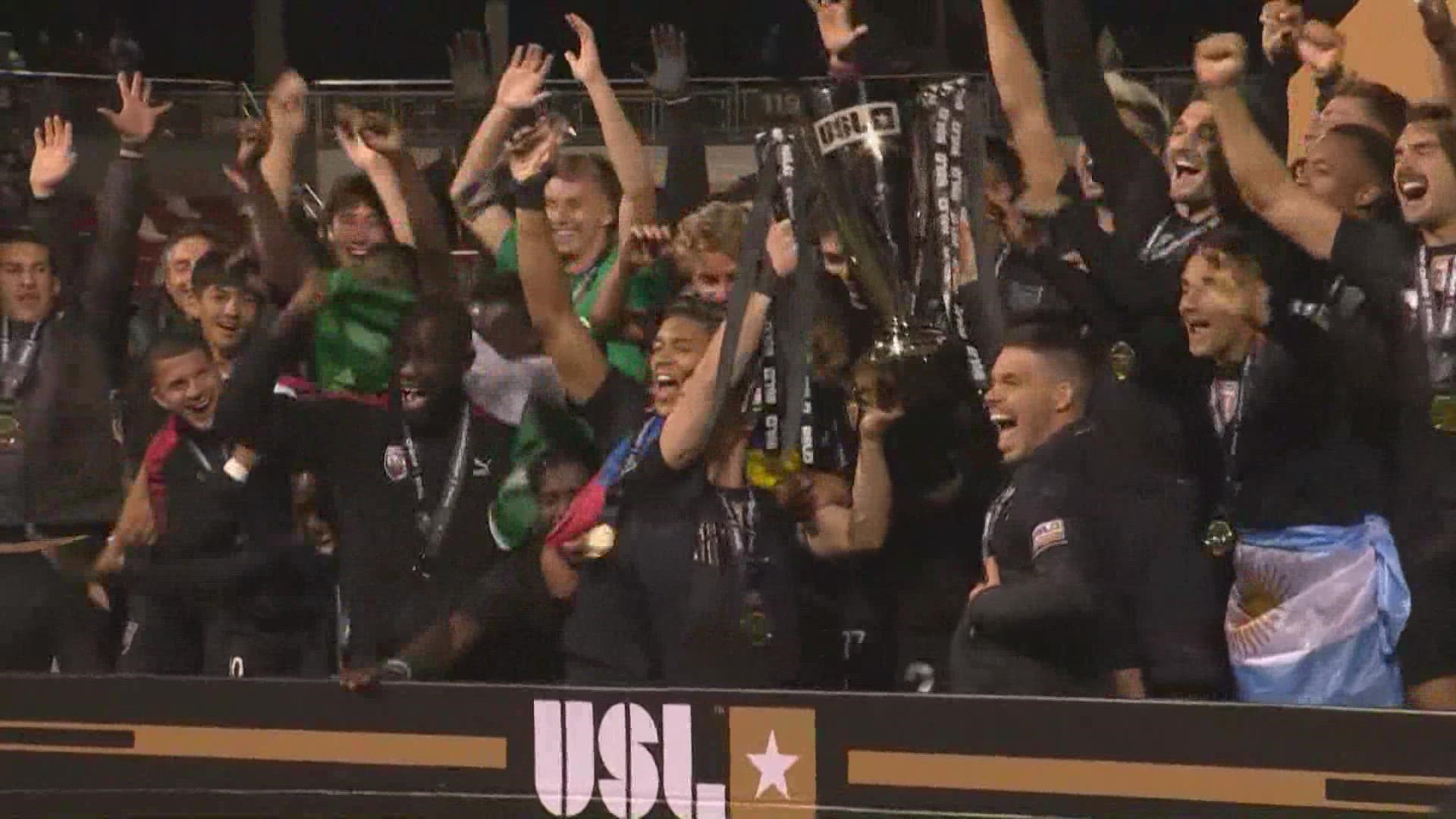 For the first time in club history, ⁦@SanAntonioFC⁩ are USL Champions! 3-1 winners over Louisville City in front of an electric Toyota Field.

HC Alen Marcina led this club to its best season ever, and caps it with the trophy. pic.twitter.com/aut6AP3nnU