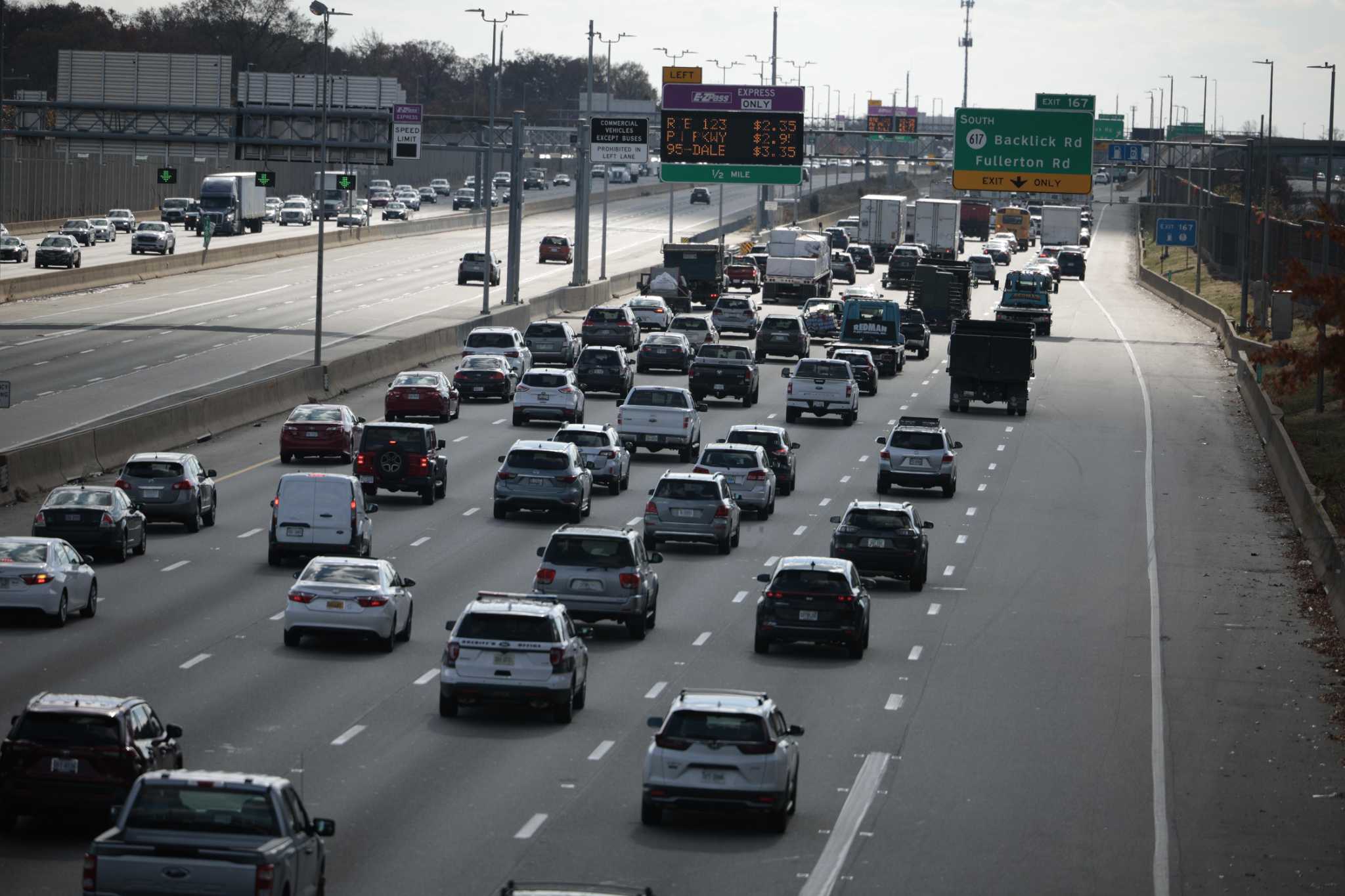 Gasoline prices in San Antonio fell sharply in the past week, providing motorists hitting the road for the Thanksgiving holiday another reason to give thanks. And prices are expected to keep falling this week.

The average price of a gallon of regular unleaded in the San Antonio area Monday was down more than 12 cents from a week ago to $2.89, according to the fuel-price tracking service GasBuddy. That’s down nearly 22 cents from a month ago but still up nearly a nickel from this time a year ago.

Nationally, average prices fell 12 cents to $3.64 a gallon, down 16 cents from a month ago. But while prices are falling, AAA said its data show drivers this week will see the highest Thanksgiving average prices since the motor club started keeping records in 2000.

“The national average has fallen sharply since the June peak of nearly $5.02,” said Andrew Gross, AAA spokesman. “But this Thanksgiving will be about 20 cents higher than a year ago, and a dollar more per gallon than a pre-pandemic 2019. However, we can be thankful that gas prices are moving in the right direction for now.”

AAA Texas said last week it expects 4 million Texans will travel 50 miles or more away from home this Thanksgiving; 3.6 million of those will travel by car. Nationally, this is projected to be the third-busiest Thanksgiving travel period since AAA started tracking in 2000. It will be the sixth busiest for Texas.


The plunge in gas prices followed last week’s sell-off in oil markets over concerns that the global economy is slumping and with it, the demand for oil. Crude lost 10 percent last week. Oil was trading below $80 a barrel early Monday.

“Everyone will be seeing relief at the pump this week, with even more substantial declines on the way,” said Patrick De Haan, head of petroleum analysis at GasBuddy. “Drivers shouldn’t be in a rush to fill up as prices will come down nearly coast-to-coast into the heavily traveled Thanksgiving holiday.”