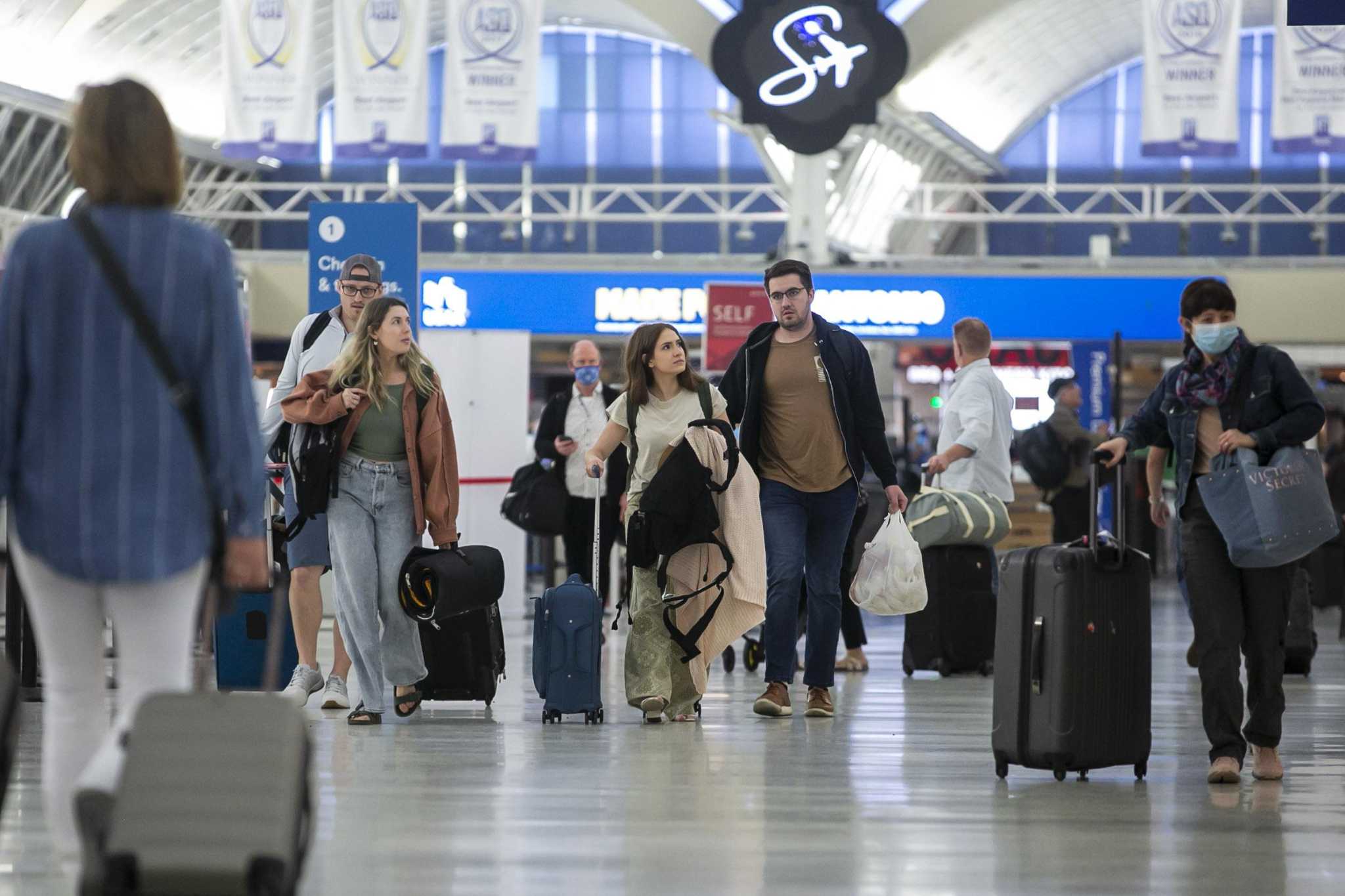 SAN ANTONIO — Travelers from around here love to gripe about their airport. And they have a lot to work with.

San Antonio International Airport is a wee facility and it’s characterless — a monument to city government’s former life as a cheapskate who never dated much.

Its motto should be: “You can’t get there from here, directly.”

City aviation officials are embarking on a 20-year, $2.5 billion expansion of San Antonio International , largely driven by the area’s projected population growth and rising demand for air travel. Which are good reasons to build a new Terminal C, redo Terminal A , extend the runways and make the place look more San Antonio-like.

In the quiet corners of their minds, however, these civil servants probably just want the complaining to stop — and digging deep for one of the biggest capital projects in San Antonio’s history may be the best way to bring that about.

Griping can easily shade into habit, which means it doesn’t stop even when new, exculpatory information comes to light. Like the results of this year’s J.D. Power North American airport customer satisfaction survey.

Released Wednesday, the rankings place the San Antonio airport in a pretty good light. In the category of large airports, with between 10 million and 32.9 million passengers per year, San Antonio International ranked ninth out of 27 facilities, scoring 802 out of 1,000 points. It was just one point lower than Houston’s Hobby Airport.

A bonus for Austin haters ( who need to get over it ): Austin-Bergstrom International Airport came in 15th, near the top of the bottom half. Advice: have fewer power outages .

Tampa International Airport topped the list, and woe unto Philadelphians for travelers judged their airport to be the worst.

Terminal facilities — it’s probably safe to assume that’s where many of San Antonio’s lost 198 points went. They squeezed into Terminal A, which has one of the narrowest concourses of all big-city airports in the country. And the blandest.

The mightiest Texas airports — Dallas/Fort Worth International and Bush Intercontinental in Houston — were in the “mega” category, with at least 33 million passengers per year. D/FW ranked eighth out of 20, with a score of 778; Bush was 15th, so close to the bottom quartile, with 758 points.

San Antonio International achieved the same ranking in 2021 , when the travel industry began to wake up from its COVID-induced coma. This year, it’s more or less achieved full consciousness; J.D. Power estimates air travel is back to 91 percent of pre-pandemic levels. But airports still have problems.

Apart from numerous delays and cancellations because of a shortage of flight attendants and pilots in the U.S., 58 percent of the 26,500 travelers surveyed this year complained that terminals were severely or moderately crowded.

And airports aren’t immune to inflation. Nearly one-quarter of passengers told J.D. Power they don’t buy food or drink at airports because of the insane prices.

Parking is also a problem. Passengers said there were too few spaces, and the ones they managed to find — on the 13th floor of the parking tower with the broken elevators — cost a fortune.

Not surprisingly, overall satisfaction with U.S. airports declined this year, though only by 25 points.

Yet, despite the turmoil, San Antonio’s airport — which plans to complete two new gates in Terminal B and one in Terminal A this fall and start construction of Terminal C in 2024 — held its own. Also, airport officials said more passengers passed through the facility in July than in any month since December 2019, when we were only dimly aware of the coronavirus. That’s something cheer.

That’s something to not complain about.