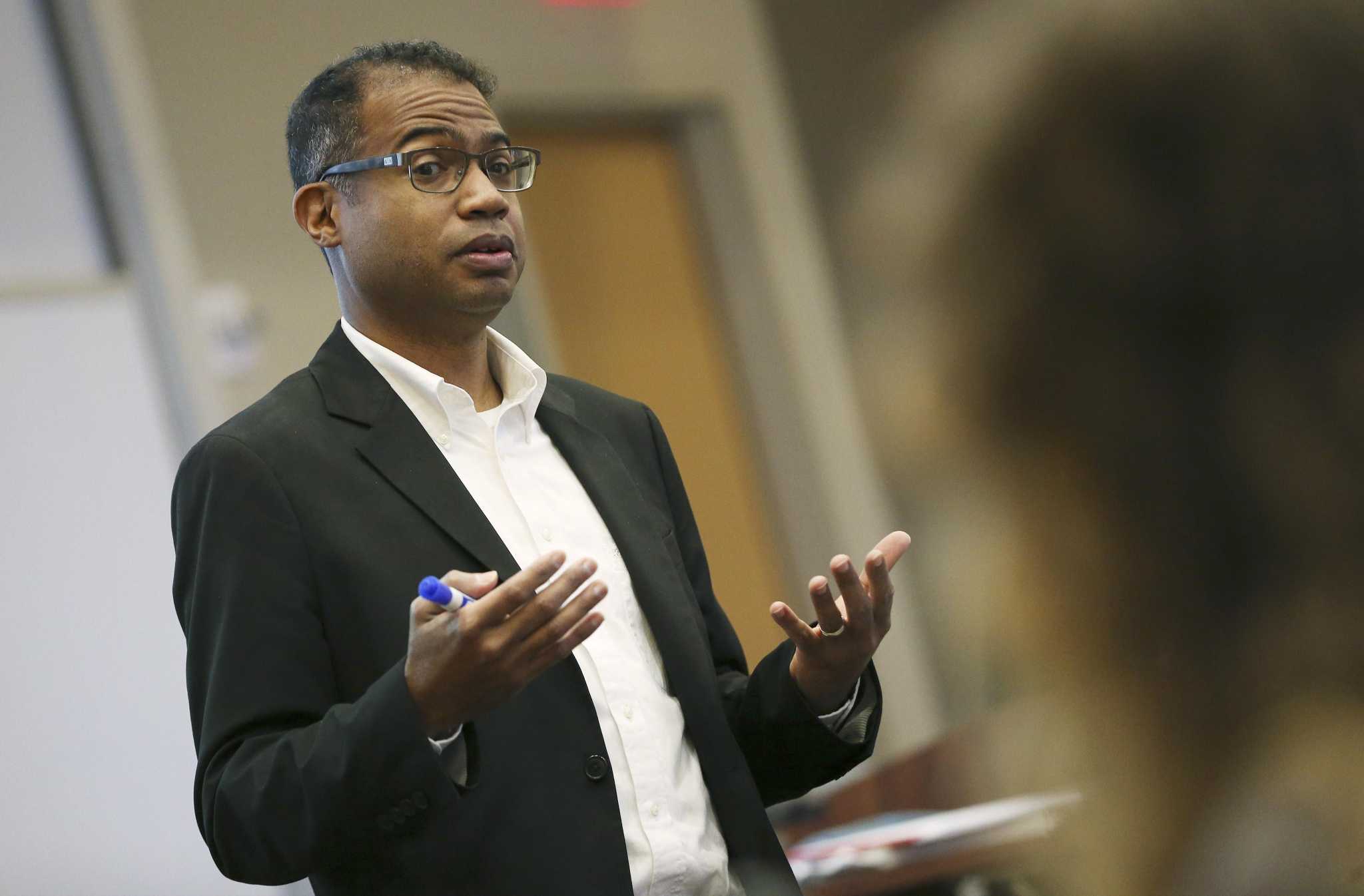 Dr. Carey Latimore, an esteemed voice on Black history and the African American experience, passed away on Tuesday, July 26, shocking the San Antonio community. KSAT anchor Steve Spriester, who became good friends and interviewed him multiple times, reported the news of Latimore’s death. He was 46.

Latimore was a professor of history at Trinity University. Latimore said he grew up in rural Virginia raised by his parents Carey III and Ann Latimore. He moved to San Antonio in 2004 to take the teaching job and also became co-director of the African American Studies program. Latimore was also a past chair of the history department, according to a news release from Trinity University.

“The loss of Dr. Latimore will be felt at the heart of Trinity’s campus community, and throughout our city and our nation,” Trinity University said in a statement.

The university said it will hold a celebration of Latimore’s life later this fall.

“I want students to see me as a real person who is open and honest in the classroom. Moreover, I also believe in trying to break down fears that students may have about speaking about race,” Latimore told Trinity University in 2016. “I find this helps students ask difficult questions and it motivates them to engage in the difficult dialogues that we need.”

Latimore was an author and ordained minister at Mt. Zion First Baptist Church, where he had been a member since 2004. In 2021, Trinity University honored his contributions to the academic community with the Z.T. Scott award. Latimore was also instrumental in bringing Claude Black papers to campus and starting the Roots Commission.

“He led with his head and his heart,” Spriester said during Tuesday night’s broadcast. “… It is the ultimate understatement to say that Carey Latimore will be missed.”

He spoke of race and brought past and present together. A powerful voice in our community, and I leaned on him for his intellect and sense of the moment. He was a friend that I’m shocked @CareyLatimore is gone. https://t.co/gEEeUoogVZ

The world lost a bright and cherished light this week with the passing of my friend and colleague Carey Latimore. Trinity and the entire San Antonio community will not be the same without his generous spirit, kindness, and deep knowledge. I’m heartbroken that he is gone.

Dr. Rev. Carey Latimore was a gift to everyone who ever had the fortune to meet him. Powerful is an understatement. One of the largest visionaries who encouraged and supported me in so many ways. Listen to his interviews,check out his work. Your life will be changed.