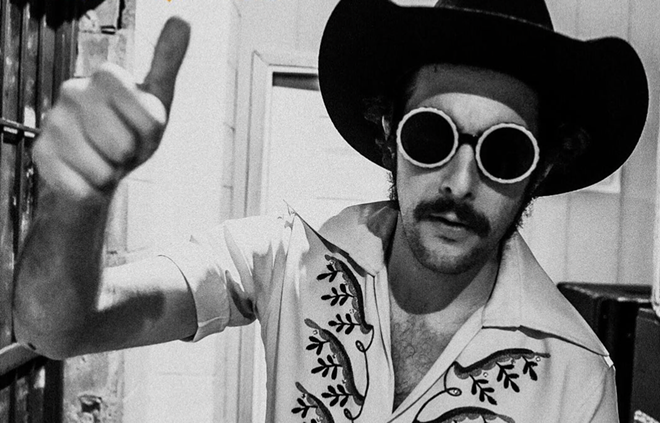 San Antonio alt-country artist and bar owner Garrett T. Capps is in the running for a coveted Ameripolitan Music Award. However, he’ll need fans’ help to snag the honor.

The singer-songwriter is one of four nominees in the Ameripolitans’ Honky Tonk Male category. Since their 2014 inception, the awards have sought to recognize artists working in traditional American music forms including rockabilly, Western swing, outlaw and honky-tonk country.

Founded by country singer Dale Watson, the annual honors aim to differentiate fiercely independent artists from Nashville’s pop-country purveyors. As of this year, winners are decided by online fan votes along with “a panel of legendary musicians and industry badasses,” according to a statement from the Ameripolitans.

Capps’ supporters can vote for him at the Ameripolitan Music Awards site. The winners will receive their honors in February during a ceremony at Graceland, Elvis’ storied Memphis home.

With his wide array of influences, ranging from Tex-Mex to psychedelia, Capps fits comfortably into the trailblazing side of the honky tonk sound. He’s now promoting a forthcoming album, People are Beautiful, recorded with his band NASA Country. It’s expected to drop Oct. 21.

Stay on top of San Antonio news and views. Sign up for our Weekly Headlines Newsletter.