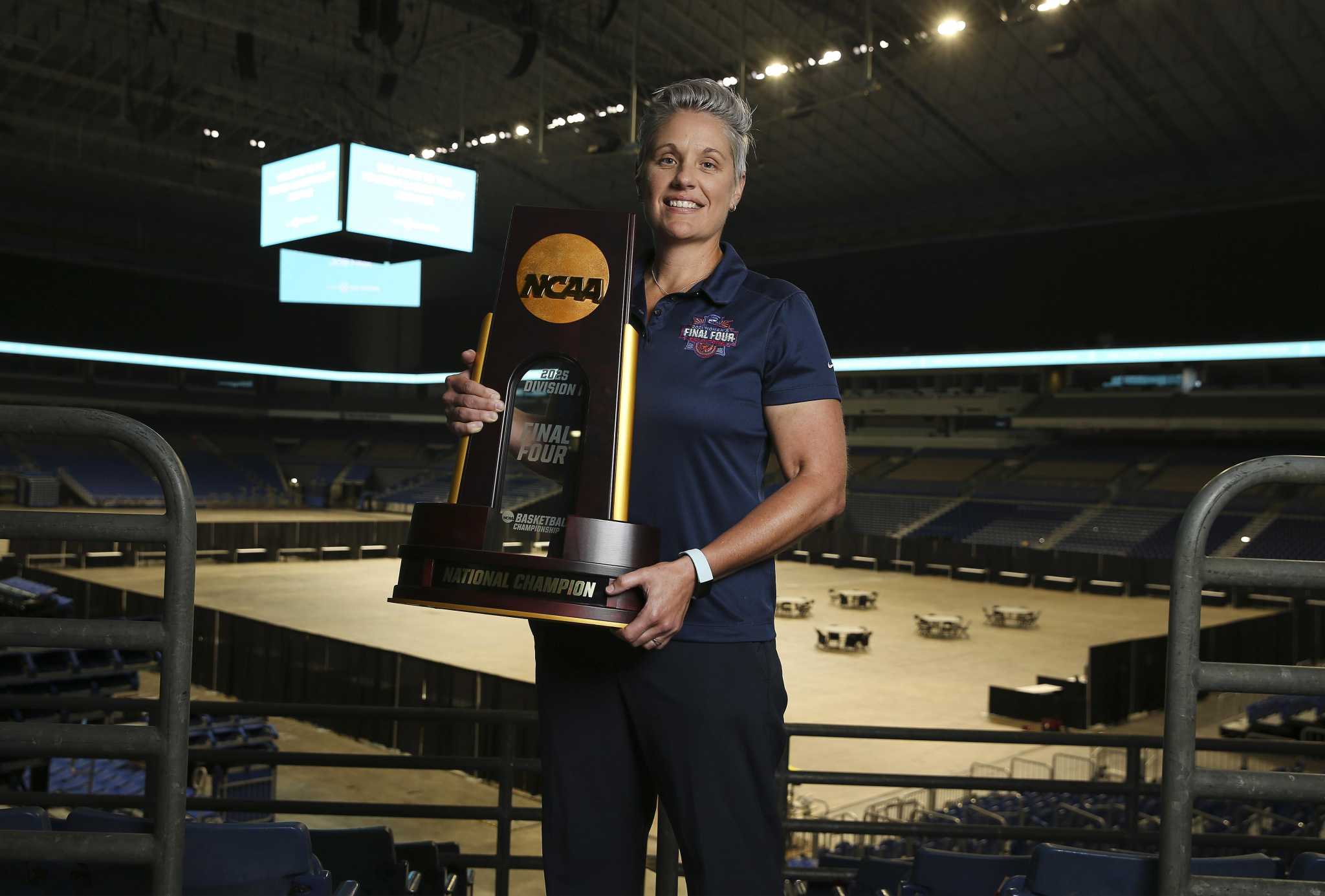 A rip-roaring celebration isn’t in the offing after San Antonio Sports announced recently it has surpassed the $1 billion mark in economic impact generated mainly by the marquee events it has teamed with its partners to host during the past five decades.

“If anything, it’s the opposite,” Jenny Carnes, the powerhouse nonprofit’s senior vice president/chief operating office, said when asked if employees would relax a bit to indulge in a self-congratulatory shindig.

“This provides more motivation for our team and city. The goal is to have the next generation tell an even more compelling story.

With the city set to host the All-American Tennis Cup in November and the Under Armour Flag Football Championship in December, San Antonio Sports has plenty of work to do.

On top of what’s looming for the final months of 2022, there is all the planning that must be done for the 2025 Men’s Final Four at the Alamodome, another of the many premier events San Antonio Sports has landed through the years.

“We have to keep our head down and keep working,” Carnes said.

Formed in 1984 as the San Antonio Sports Foundation, the nonprofit has teamed with the City of San Antonio, Bexar County, Visit San Antonio, UTSA and the University of the Incarnate Word to help establish the city as an international sports destination.

Kicking off its impressive run with the 1989 Amateur Athletic Union Junior Olympic Games, an event that resulted in a direct visitor expenditure of $6 million for the city, and the 1993 U.S. Olympic Festival, which vaulted the city onto the global stage, San Antonio Sports has hosted 130 major events, including four men’s Final Fours and three women’s Final Fours.

In addition to the men’s Final Four in 2025, San Antonio is one of seven cities being considered by the Division I Women’s Basketball Committee as finalists to host women’s Final Fours from 2027 through 2031.

Winners are expected to be announced in November.

“It’s been fun, especially for me, having been around for as many years as I have to watch us grow from a small, fledgling nonprofit to one of the most respected nonprofits in the country,” said Carnes, who started as an intern at San Antonio Sports in 1999 after starring in basketball and tennis at Incarnate Word.

“The organization is the engine that powers our community’s efforts to land major sports events that deliver millions of visitors to our door, visitors who stay in our hotels and eat in our restaurants,” Nirenberg said.

Carnes will succeed Russ Bookbinder as president and chief executive officer of San Antonio Sports on Jan. 1, 2023. Bookbinder is stepping down after a long association with the city that included more than a decade with the nonprofit and more than 20 years as a high-ranking administrator with the Spurs.

Bookbinder called 2003 a “game-changing” year for San Antonio Sports after it led a legislative effort to secure funding through the state comptroller’s Major Events Trust Fund, which helps local governments attract events that can have a significant economic impact and increase tax revenues. For example, Super Bowl XLV in Arlington in 2011 received more than $26 million from the fund.

“As San Antonio Sports celebrates its 39th anniversary in 2023, we will continue to be an active and influential organization and generate millions in visitor spending for the Alamo City,” said Bookbinder, who plans to spend retirement with family in Waco.

San Antonio Sports topping the $1 billion mark is considered a remarkable achievement for a city that has long been lacking in amateur sports venues. Although 13 venues costing more than $80 million, were constructed after voters approved spending $415 million in bonds in 2008, the area needs more to keep pace with its competition, Carnes said.

“Our biggest challenge will always be the competitive landscape we face in bidding and bringing sporting events to our market,” she said. “And I am not just talking about the big, flashy stadiums we compete with for Final Fours. I am talking about the youth sport industry and the cities that have dozens and dozens of soccer fields, baseball fields and softball fields.”

Carnes points to the Northside Swim Center, which opened in 2013 after being funded by two separate bond packages totaling $14 million, as an example of the kind of venues San Antonio needs to compete.

“I like to use it as the best example of, ‘If you build it, they will come,’” she said. “You look at what we have hosted there since it opened in 2013, all the national aquatic events. It just makes our job so much easier at San Antonio Sports when (officials heading major events) come to you and say, ‘Hey, do you have these dates?’, versus the other way around, which is trying to go out and solicit events and bids.”