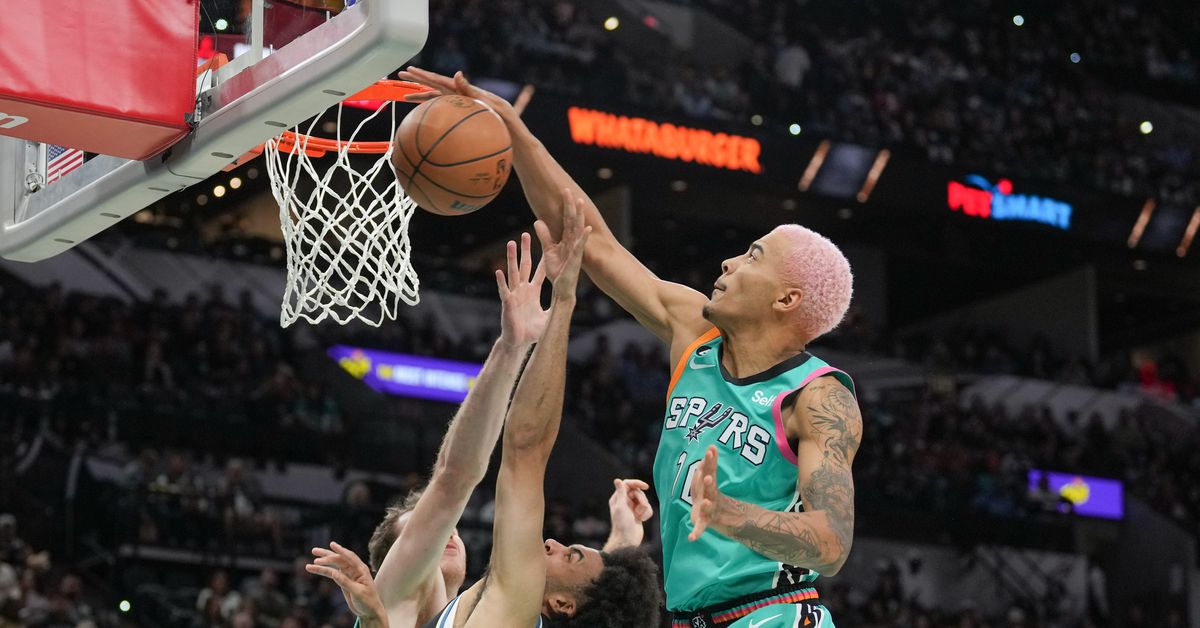 San Antonio (6-7) snapped its five game losing streak tonight with a thorough effort and dominance from its starters in its win over ice-cold Milwaukee (10-2). The Bucks were missing their top contributors from the 2021 championship run (Giannis Antetokounmpo, Khris Middleton, and Jrue Holiday), but again picked up a boost from point guard Javon Carter (21 points and 6 assists) with center Brook Lopez chipping in 19 points. The visitors shot just 33% for the night, which doomed their chances.

The Spurs had the rare designation as favorites going into the game, and were able to nab a first quarter lead and hold onto it for the bulk of the playing time – doing so convincingly. Keldon Johnson (29 points and 5-8 from three) returned to his great shooting form, while Devin Vassell (22 points and 5 assists) helped him supply close to half of the Spurs’ scoring output this evening. San Antonio also received its usual solid support from Jakob Poeltl (15 points and 10 rebounds) and Tre Jones (9 points and 9 assists).