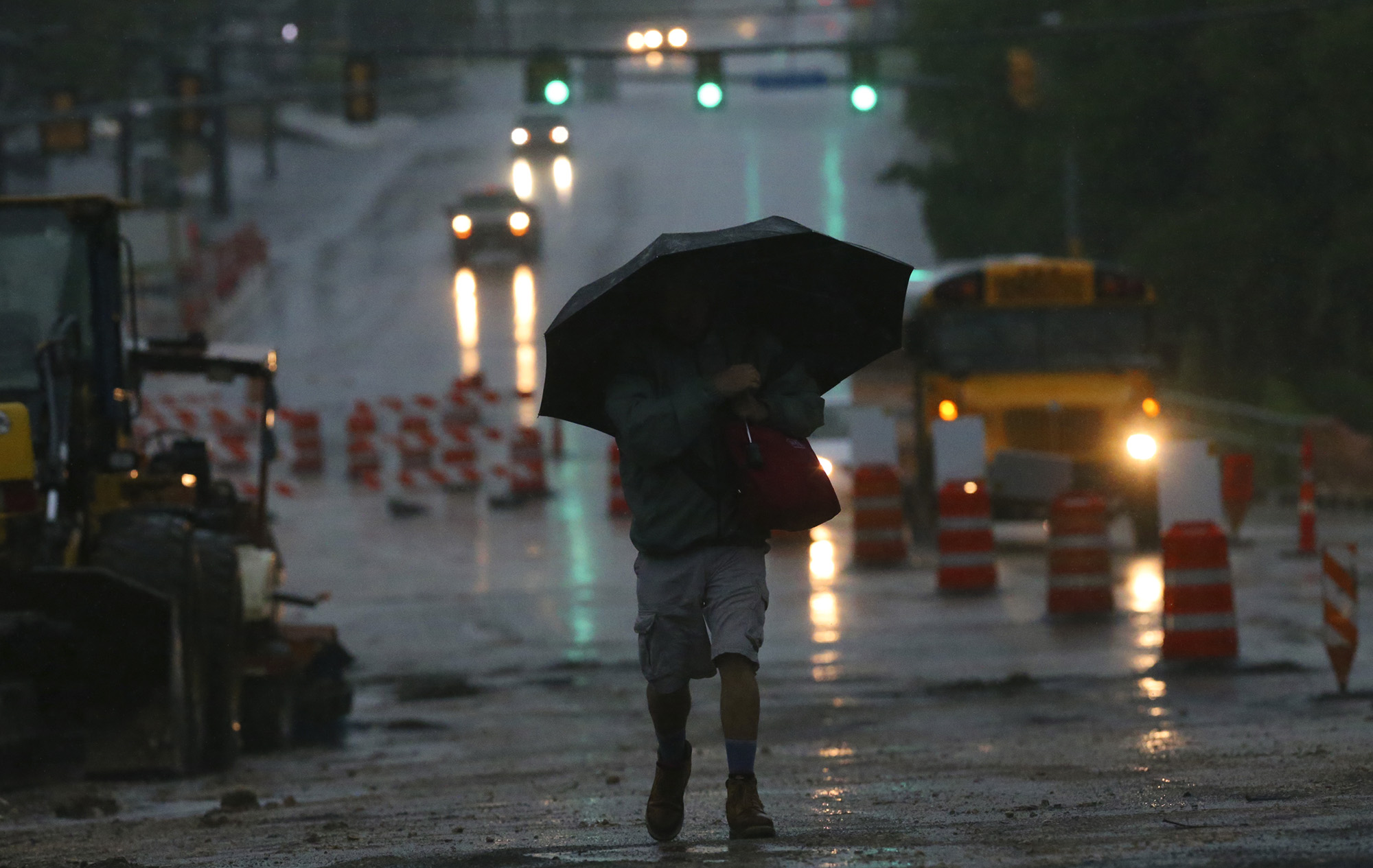 The National Weather Service reports residents can expect continued rain throughout the morning in the San Antonio area. The risk of severe storms with damaging winds and isolated tornadoes remains for the Texas Coastal Plains with the main window for any severe weather being between 10 a.m. – 2 p.m.

Here are the latest forecast rainfall amounts through the afternoon for this storm system. Remember these are average amounts. Some locations will get more and some less. pic.twitter.com/cdCZKNSbJh

A cold front bringing polar air from the northwest will slide into the San Antonio area this week, bringing with it heavy rainfall and the potential for strong to severe weather on Tuesday, according to the National Weather Service.

While the harshest weather is forecast east of San Antonio, near Austin, the Alamo City could see its share of heavy rain, said Orlando Bermudez, a meteorologist with the NWS.

“It’s going to be a fast-moving system, with all of the ingredients coming at once,” Bermudez said.

It’s not you: San Antonio drivers are terrible in the rain

The wet weather is forecast to arrive Tuesday morning, with showers and thunderstorms clearing out at about 3 p.m., Bermudez said. San Antonio, which is already almost two inches behind its normal rainfall amount this month, could see anywhere between three quarters and an inch of rain. Areas along Interstate 35 could see greater rainfall totals.

The incoming storm may produce snow for Dallas area, although San Antonio will likely only see rain, Bermudez said.


The cooler air behind the front will stick around all week. Temperatures for Wednesday are in the lower 60s, and that continues through Friday, when temperatures will take a slight dip into the upper 50s. Overnight lows are predicted to be in the mid-30s.

Saturday is expected to see another cold front that promises another round of showers and storms throughout the weekend.