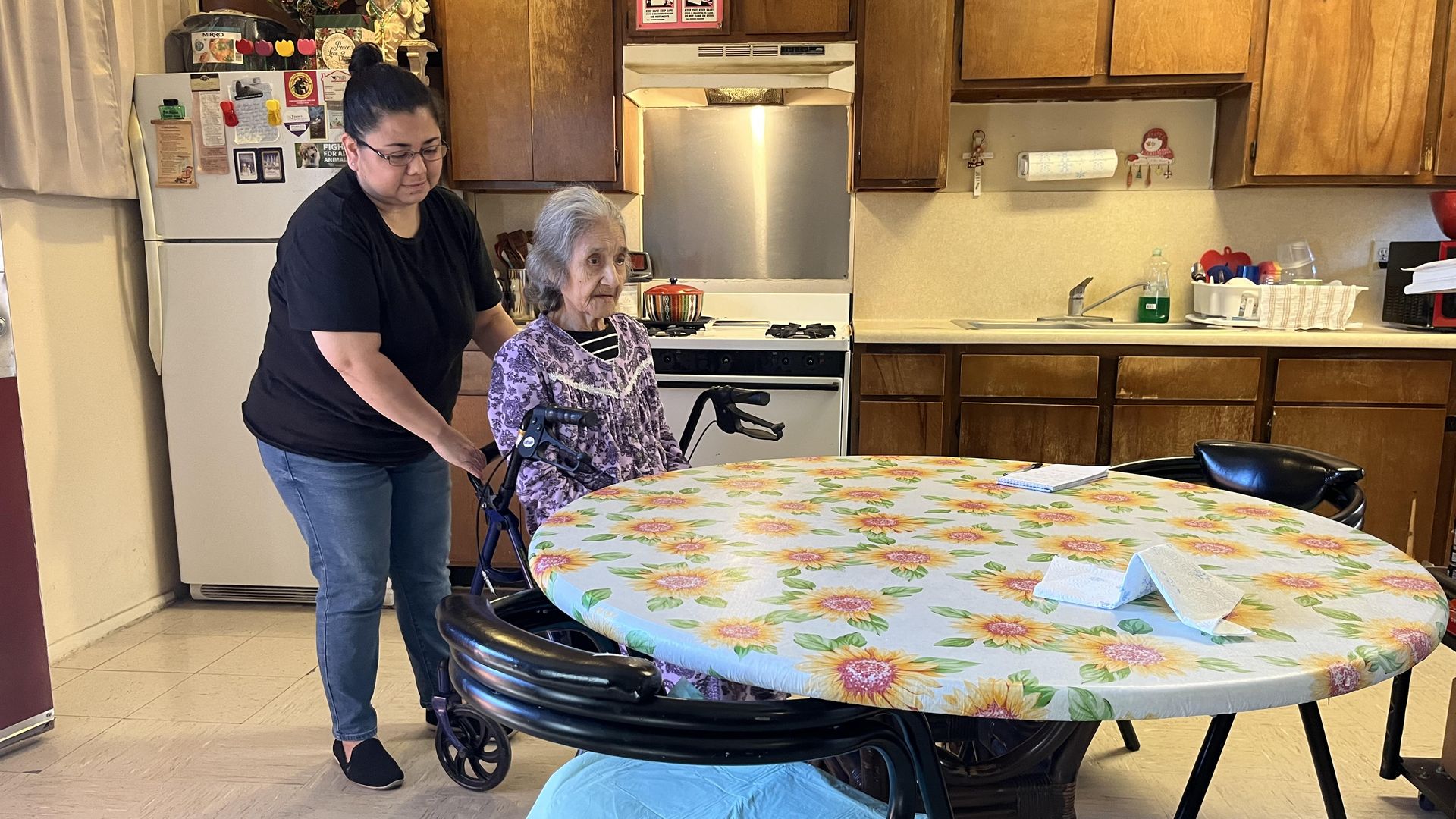 Carol Gonzales, left, helps her grandmother Rosa Ybarra, right, settle in at the kitchen table in their first-floor apartment at the Alazán and Apache Courts on the West Side. Photo: Megan Stringer/Axios

When Carol Gonzales thought her home would be demolished, she bought a cart to carry groceries in case she couldn’t find a new place close to stores and a bus stop.

Driving the news: The housing complex will be renovated with a boost from the city’s $150 million housing bond package — approved by voters last May — along with more than a dozen other affordable housing projects.

Why it matters: Families at the 501-unit Alazán Courts can’t afford to live elsewhere. They earned an average of $8,796 a year and paid $131 in monthly rent in 2020, per the Express-News.

Zoom in: Gonzales is the full-time caregiver for Ybarra, who has dementia. She doesn’t have time to work another job and is only able to earn part-time wages for her care work from Legacy Home Health Agency.

Context: There were funding gaps for all of the projects set to receive bond dollars, Veronica Garcia, director of the city’s housing department, told the council. The developments might otherwise struggle to break ground.

By the numbers: 14 projects are slated to collect nearly $44 million between the housing bond and federal contributions.

What they’re saying: Graciela Sanchez, affordable housing advocate and director of the Esperanza Peace & Justice Center, is glad to see the money make its way into the community. But she’s still pushing for more investment.

What’s next: Included in the housing bond is $25 million to house people exiting homelessness and provide on-site services like mental health counseling.