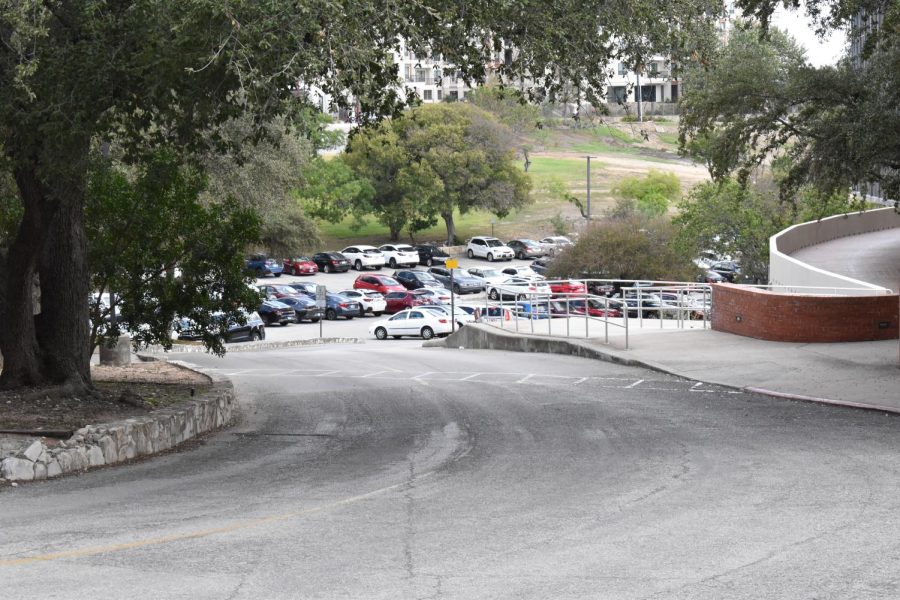 Students without cars on campus are limited in their opportunities to engage with the city’s culture.

When Ella Charbonnet, New Orleans native and sophomore marketing major, first came to Trinity one of the differences she noticed between San Antonio and her hometown was the car-centricity resulting from the city’s urban sprawl. Even though Trinity is conveniently located in the heart of the city near downtown and just a stone’s throw away from many local restaurants, marketplaces and museums, it can be hard to navigate the city without a car. Compared to San Antonio, New Orleans is far more compact and walkable, so the widespread reliance on cars was a culture shock for Charbonnet.

“Texas, in general, is very large and y’all have really large interstate systems too, where everything’s very widespread, you know. Using the interstate in New Orleans is not a necessity [or something you] need to do all the time, so to go to the grocery store and have to hop on the interstate is kind of a culture shock for me because [back in New Orleans] I could walk to the grocery store from my house,” Charbonnet told Trinitonian.

For students like Charbonnet, who live on campus but don’t have a car, going off campus can be a hassle since transportation needs to be secured before doing anything, whether they need to run a quick errand or want to explore the vibrant culture of San Antonio. To get where she needs to go, Charbonnet carpools or borrows a vehicle from a friend, which is not always a convenient or reliable solution.

“You know, it’s not too bad, but there are definitely times where I wish I had my car,” Charbonnet said. “Just last week I needed to pick up some prescriptions from CVS, and usually my roommates let me borrow their cars, but they weren’t able to lend them to me and I had no one else. I mean, I finally found someone, but it’s kind of at that point where you’re like, ‘I just wish I could hop in my own car and go.’ And I also feel like I’m placing a burden on other people’s time. They’re going out of my way for me, and I can’t help but feel a little bit bad.”

Outside of the inconvenience of not having a car, Charbonnet found her lack of personal transportation harmed her ability to experience the culture of San Antonio beyond the “Trinity bubble.” The availability of necessities on campus doesn’t lend many opportunities to get out.

“I don’t know much outside of Trinity. I mean, I’ve only been to the places my friends brought me,” Charbonnet said. “I’m someone who really likes to go around cities and get to know them. And I always appreciate San Antonio. Coming from a [city with a] really rich culture and coming to another place that has such a rich culture as well, I want to take the time to appreciate it … but I will say, I can only really go the places my friends agree to go to, and I can’t really go out and try stuff on my own.”

Jack Bushnell, sophomore biochemistry major, is similarly limited in his ability to explore the culture of San Antonio. In Bushnell’s introduction to anthropology course, students must complete an ethnographic project which requires them to investigate and research a culture or activity based on a research question. As a student living on campus without a car, Bushnell’s options for what topics and questions he could explore were limited.

“In terms of how not having a car has impacted me, that is actually the biggest thing this semester — trying to figure out where to go, and what question to ask for my ethnographic project because I can’t just go anywhere. … Other people have similar things like that, and they have a lot more classes where they are going out there and doing research where they need to get to these places. I think it is extremely important [to recognize], you don’t have to have a car, but your life will be much easier with one,” Bushnell told Trinitonian.

On the flip side, students who have a car on campus have far more mobility as well as the chance to explore San Antonio and become immersed in the city. Samantha Courtney, a senior human communication major with an education minor, reflected on how having a car in her first year allowed her to expand her horizons beyond Trinity.

“I was able to look beyond campus jobs and be okay with, you know, driving five or ten minutes to wherever I was able to get a job. So that, I think, helped a lot to sort of be more familiar with my surroundings, to be able to go different places,” Courtney said.

Even beyond work, the ability to go off campus allowed Courtney to experience the culture of San Antonio.

“When I needed to escape the ‘Trinity bubble,’ I was able to sort of get in my car and go. I remember, it was fun to get to go with friends to places and just sort of pile on in and escape the ‘Trinity bubble’ together, but I definitely recognize the privilege that I had in being able to just sort of go when I needed a brain break or like, have a private conversation on the phone, not in my dorm room,” Courtney said.

But for students who don’t have cars, the opportunity to leave the “Trinity bubble” is limited, depriving students of all the diversity and culture San Antonio has to offer.

“There are so many different people in this city. It has such a rich diversity that you could really know more about it if you were able to go out into it,” Charbonnet said. “In New Orleans, I could walk around and I could see all walks of life. I mean, all sorts of different people, but I was only able to do that because I could walk around the neighborhood. It’s just not as easy to do that here. And like I said, I wish I could do it because I would really love to appreciate it and get to know people.”

Students without cars who want to go out and take advantage of everything San Antonio has to offer should consider some of the alternative modes of transportation that are available to students. Whether you take advantage of the San Antonio bike share, the ZipCar car share, the VIA city bus, Uber or good old-fashioned carpooling, the “Trinity bubble” may be hard to pop, but it’ll be worth the effort to burst free.