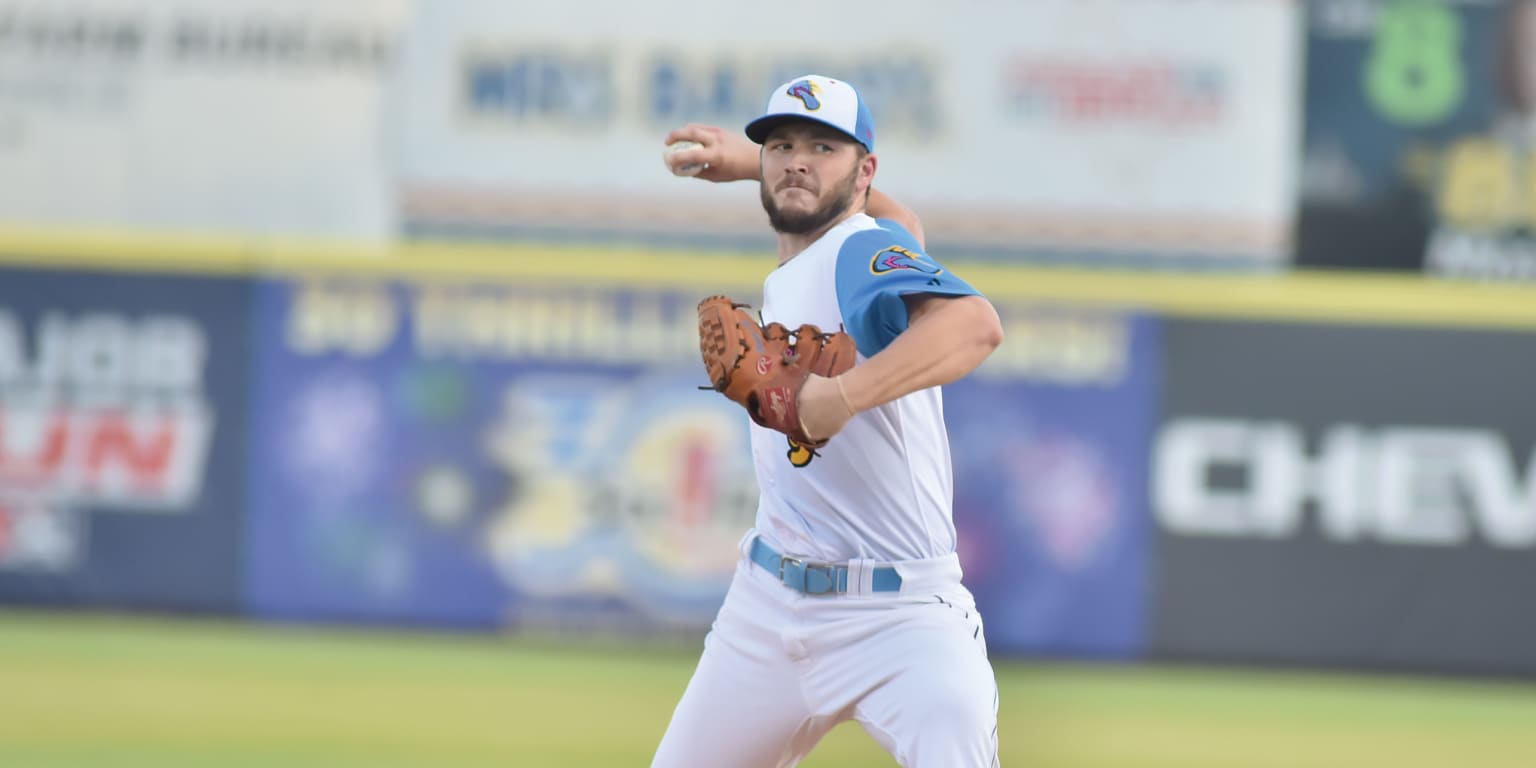 Missions Swept by Frisco in Division Series SAN ANTONIO – Thursday night was game two of the Texas League South Division Series between the San Antonio Missions and the Frisco RoughRiders. Following their game one victory on Tuesday, the RoughRiders jumped out to a 2-0 lead on Thursday and eventually

SAN ANTONIO – Thursday night was game two of the Texas League South Division Series between the San Antonio Missions and the Frisco RoughRiders. Following their game one victory on Tuesday, the RoughRiders jumped out to a 2-0 lead on Thursday and eventually led 5-0. Cody Bradford delivered a career-best performance on the mound for Frisco tossing six shutout innings. San Antonio nearly completed the comeback with a two-run homer in the ninth inning. However, Frisco clinched the series with a 5-2 victory.

Nolan Watson was the starting pitcher for the San Antonio Missions. The right-hander entered Thursday’s game with a 2-1 record against Frisco. The RoughRiders used the long-ball to take the lead in the top of the first inning. With one out in the frame, Evan Carter reached on a fielding error from Connor Hollis. After stealing second base, Carter advanced to third base on a ground out from Justin Foscue. On a 3-1 count, Aaron Zavala hit a home run to right field to right field. Zavala also homered in game one on Tuesday. Frisco gained a 2-0 lead.

Frisco added to their lead in the third inning with their second home run of the night. Leading off the inning, David Garcia launched a 419-foot home run to right field off Watson. His first RBI of the series made it a 3-0 lead for the RoughRiders.

The RoughRiders made it a 4-0 ballgame during the fourth inning. Facing Henry Henry, Zavala drew a leadoff walk and Thomas Saggese hit a single. Henry struck out Luisangel Acuna before issuing a walk to Kellen Strahm and loaded the bases. The right-hander walked Trevor Hauver and Zavala came in to score. Henry struck out the next batter and induced a ground out to leave the bases stranded.

Frisco had a chance to increase their lead in the top of the sixth inning. Henry issued a leadoff walk to Saggese. Acuna grounded into a double play before Strahm was hit by a pitch. Osvaldo Hernandez entered the game for the Missions. Hernandez issued back-to-back walks to Hauver and Garcia. With the bases loaded and two outs, Jonathan Ornelas flew out to end the inning.

Cody Bradford was the starting pitcher for the RoughRiders. The southpaw entered Thursday’s game with a 3-0 record against the Missions in his regular season career. He continued that success with six scoreless innings in his postseason debut. Bradford allowed just two hits without issuing a walk and struck out nine batters.

San Antonio had a chance to end the shutout in the seventh inning. Facing Owen White, Domingo Leyba singled to start the frame. Yorman Rodriguez grounded into a double play. Webster Rivas kept the inning alive with a base hit to center field. Kelvin Melean flew out to end the frame.

Frisco added their fifth run of the game in the eighth inning. Facing Ramon Perez, Strahm began the inning with a base hit. After stealing second base, Strahm scored as Hauver reached base on a single. A fielding error from Ethan Skender, the Missions right fielder, allowed Strahm to score.

The Missions had another chance to score their first run in the eighth inning. Facing Avery Weems, Juan Fernandez hit a double to start the inning. Ethan Skender grounded out and Joshua Mears struck out for the first two outs of the inning. Connor Hollis grounded out to leave Fernandez stranded.

San Antonio attempted a comeback in the ninth inning. With Weems still in the game, Tirso Ornelas singled to start the inning. After a fly out from Leyba, Rodriguez hit a home run to left field. Rivas reached base on a dropped fly ball from Zavala. Melean grounded into a fielder’s choice with Rivas forced out at second base. Fernandez grounded into a force out to end the game.

The San Antonio Missions finished the regular season with a 68-68 record for the season, 30-39 record in the second half, and 0-2 in the postseason. The 2023 schedule can be found at samissions.com. Make sure to follow the Missions on social media to stay informed on information regarding the 2023 season.