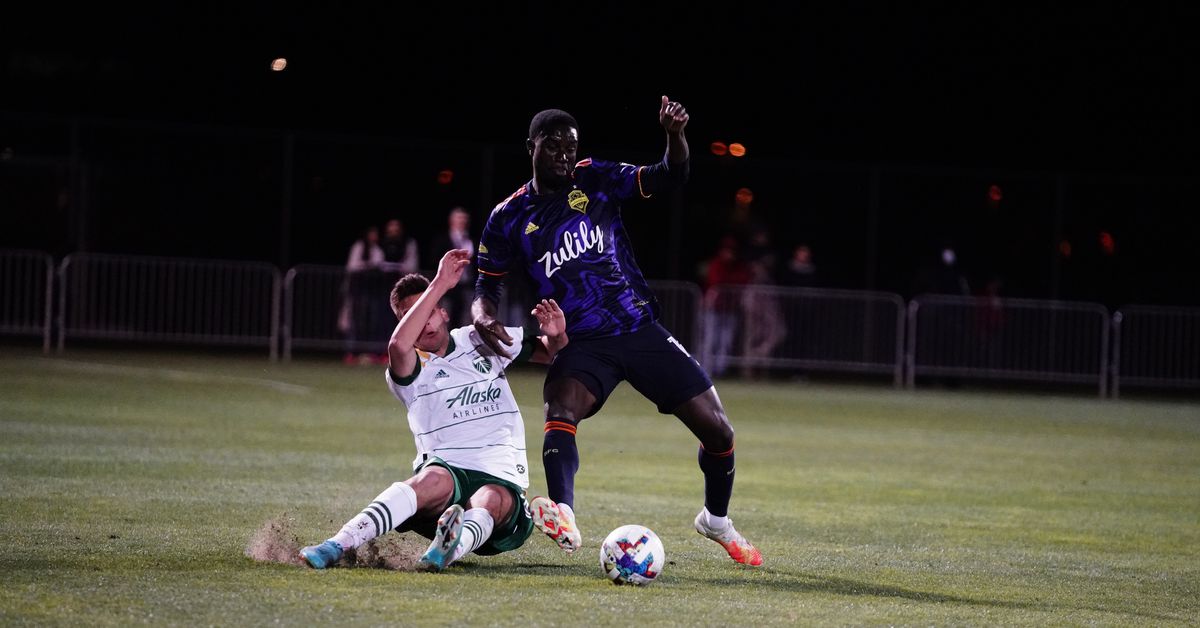 A decision on Adeniran’s future with the Sounders was put off until he finished the USL playoffs. In the postseason he scored 2 goals and added an assist, on 12 shots and 1 chance created in 239 minutes of play. He ended up scoring the game-winning goal in the championship game.

San Antonio dominated the regular season and cruised through the playoffs, earning a double. Since Sam was on the Sounders roster for the Concacaf Champions League, he earned a personal treble — CCL, USL Championship Shield and USL Championship Cup.

Mostly starting as forward in a 5-1-2-2 with SAFC, Adeniran drifted wide almost exclusively.

His powerful left foot is excellent at creating at distance and angle. His skilled play is at its best when on the touchline. Part of his usage is because of San Antonio’s structure — when they don’t start Dhillon they have both forwards use wide channels.

That’s a wrap on 2022, and there couldn’t be a more deserved champion than @SanAntonioFC. Alen Marcina trusted his gameplan, relied on some standout performances, and brought a title home to Texas. How’d it go down tactically? I’ve mapped the formations below, but let’s dig in. pic.twitter.com/cvLgLPbSFK

Sam’s touches in the attacking half also show him as a wide man, likely a winger in a single-forward set or any shape that includes a hold-up man.

Now a multi-trophy champion with a huge season in the second division, it is obvious that Adeniran’s contract should be picked up. There is no backup winger or forward on the current roster who had a better season than Slammin’ Sam Adeniran.

Even if President of Soccer Garth Lagerwey could get a small transfer fee for Adeniran, it wouldn’t make sense to let him go. Seattle lacked punch in the attack; of the bench players Adeniran is the fastest and most goal dangerous, and he can provide hold-up play against fullbacks. He can even be a target on set pieces, as demonstrated by his rare headed goal in the final.

Over his two seasons in the USL Championship his non-penalty goals+assists per 90 is a strong 0.64. If he can translate that to MLS play just half as effectively, only four regulars on the 2022 Sounders were better (Raul, Jordan, Nico, Cristian).

The Sounders need a bench threat. They have it. He just won his third trophy on the year.