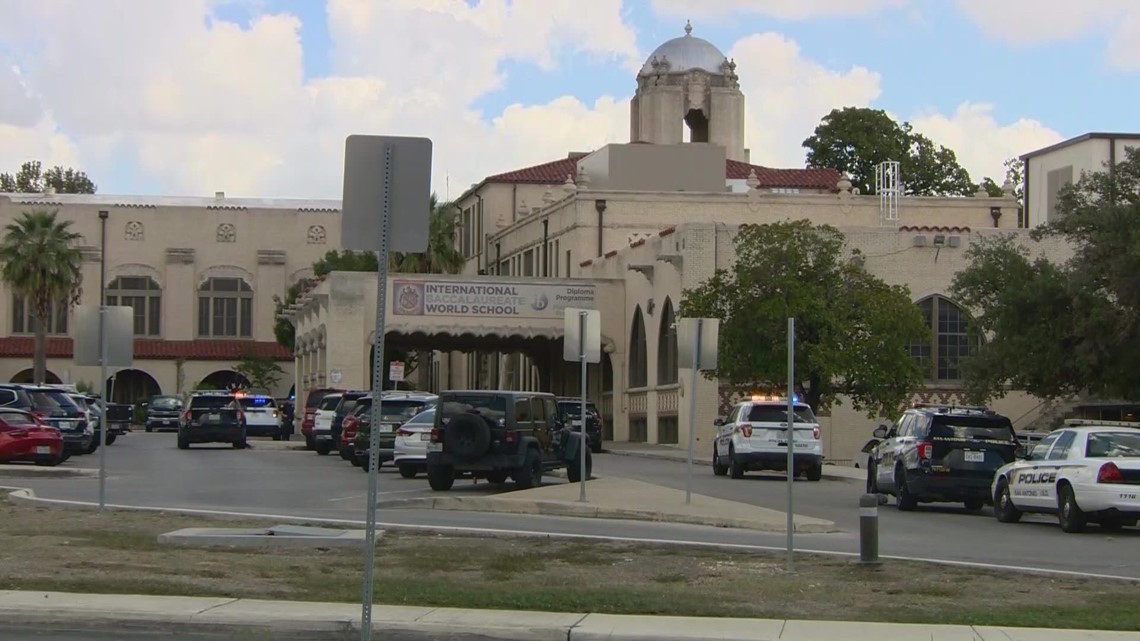 San Antonio’s police chief says it was difficult to ease concerns of parents who rushed to Jefferson High School.

SAN ANTONIO — Within two minutes of getting the call, San Antonio police responded to a lockdown at Jefferson High School. After clearing the school by searching every room, SAPD and San Antonio Independent School District police dealt with parents who rushed to the school to get their children.

No threat and no evidence of a gun was found, according to San Antonio ISD. The lockdown was eventually lifted, but SAISD and SAPD want to discuss how to handle a situation like this in the future.

“When we’re working with a large group of parents who are understandably concerned about what’s going on, we want to calm their fears and their concerns. And as much as we tried to do that, it was difficult,” Chief McManus told KENS 5 he plans to meet with all area school districts over the next few weeks to discuss protocols during lockdowns.

“I think it was something that caught everybody by surprise, the reaction, they simply wanted to get to their children,” Chief McManus said.

One man wielding a knife was restrained after he broke a window on Jefferson High School’s campus. Police and EMS treated the man on scene before he was taken to the hospital.

Chief McManus says he understands why there may be some anxiety after the Robb Elementary shooting, but believes trust with the community can still be repaired.

He says he plans to meet with the Region 20 education service agency, which services 58 districts in South Texas.

McManus hopes his police officers will be prepared if an incident like this happens again.

“Next time that happens, hopefully it never will, but if it ever does, we’ll be prepared to deal with it,” Chief McManus said.

San Antonio ISD stated in a letter it will have district staff on campus grounds to inform parents of what’s happening in a future lockdown.

The district wrote in a letter that it will also enhance its capability to share information through text messages and its social media channels.