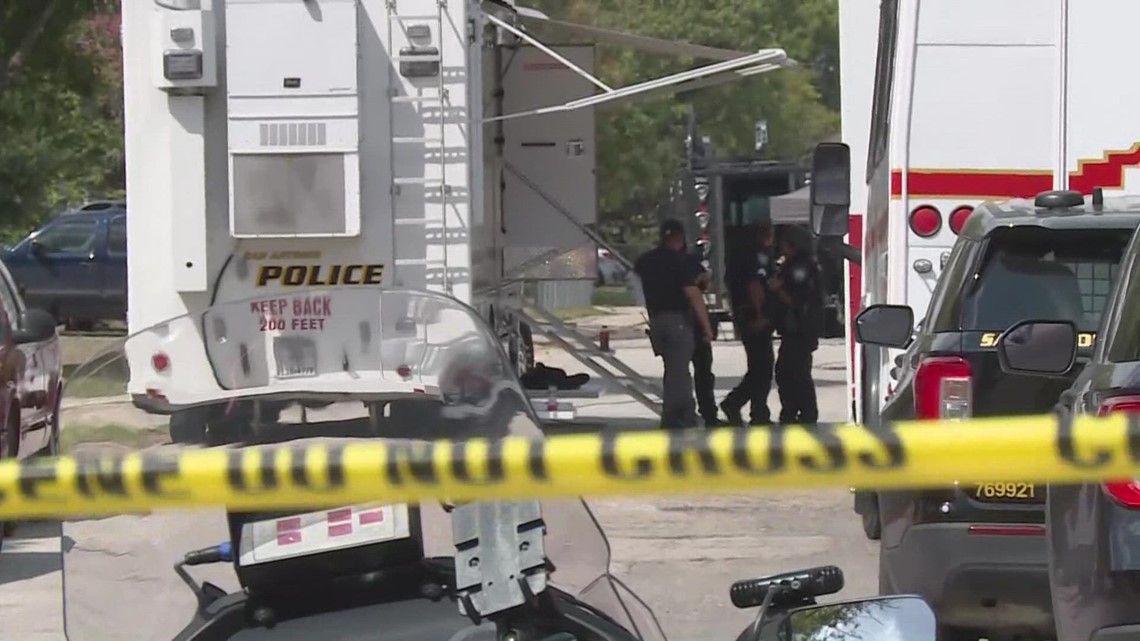 SAN ANTONIO — San Antonio police officers and SWAT have been working for 13 hours to get a barricaded suspect in custody who began acting erratically before firing at his neighbor’s dog on the far southeast side.

Police first responded to the 5400 block of Diamondback Trail around 5:30 p.m., according to SAPD spokesperson Nick Soliz. The caller reported to police that the suspect was yelling and throwing beer bottles before he pulled out a gun, escalating the situation.