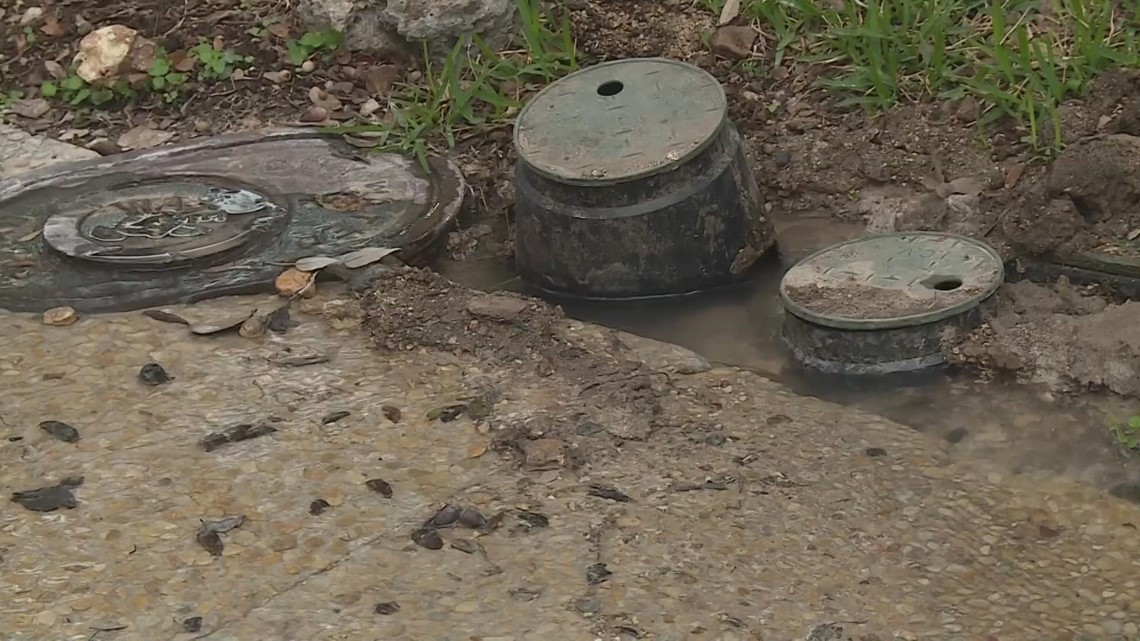 SAN ANTONIO — San Antonio Water System (SAWS) crews are working to catch up on a backlog of water main repairs caused by ongoing drought, exacerbated by an unusually dry 2022.

For residents on Georgian Oaks Drive, the babbling brook flowing down their street is far from a comfort. For three weeks, water has been bubbling out of a water main in the north-side neighborhood.

“SAWS has come out a couple of times, you can see some of the markings on the street,” said Michelle Bartonico, whose home is attached to the leaking water main. “It started to be a small geyser. And now it’s just continued to increase over the last three weeks.”

She said water started leaking near her water main right around the new year.

“It’s going to start drying up, and we’re going to have to have road repair,” said Robin McGowan. “And is SAWS going to pay for that?”

McGowan lives on Orchard Hill, downstream from the leak; she worries about what it all could cost for SAWS ratepayers.

“This is going on three weeks,” she said. “Thousands and thousands of gallons have been just going down into the ditch.”

Anne Hayden, with SAWS, said the leak on Georgian Oaks was priority 3. That means low-to-moderate water loss, without causing anyone to lose water service. Those can take one to two weeks or more for crews to get to.

“It’s not something we take lightly, we work really hard to get it, we work hard to treat it and make it safe. It’s not something that we want to release without use,” Hayden said. “It’s a state of the situation that, unfortunately, some of that water is being lost through leaks.”

She said the utility tallied 3,148 water main repairs in 2022, an all-time high for San Antonio.

“It was very difficult on our crews to keep up with and we had to really prioritize which leaks we were going to take care of first,” Hayden said.

She said that the soil in San Antonio reacts to dry conditions in a way that can damage underground water pipes. As a result, the drought in 2022 doubled the number of water main breaks.

“Anything that’s in the soil, whether it’s your house foundation or whether it’s our pipes, undergoes a certain amount of stress as that soil actually contracts and twists and shifts,” Hayden said.

Hayden also said a staffing shortage is also making it difficult for SAWS to keep up with the workload.

“Like everybody else right now, it’s hard to get employees who can staff all the positions that are available,” she said.

She said that SAWS has an active recruiting program to make up that shortfall.

A crew did arrive to repair the leak on Georgian Oaks Friday afternoon. Hayden says the cost of the leaks will not be passed on to consumers. In fact, she says they just re-evaluated their rates and most customers will see smaller bills starting in February.