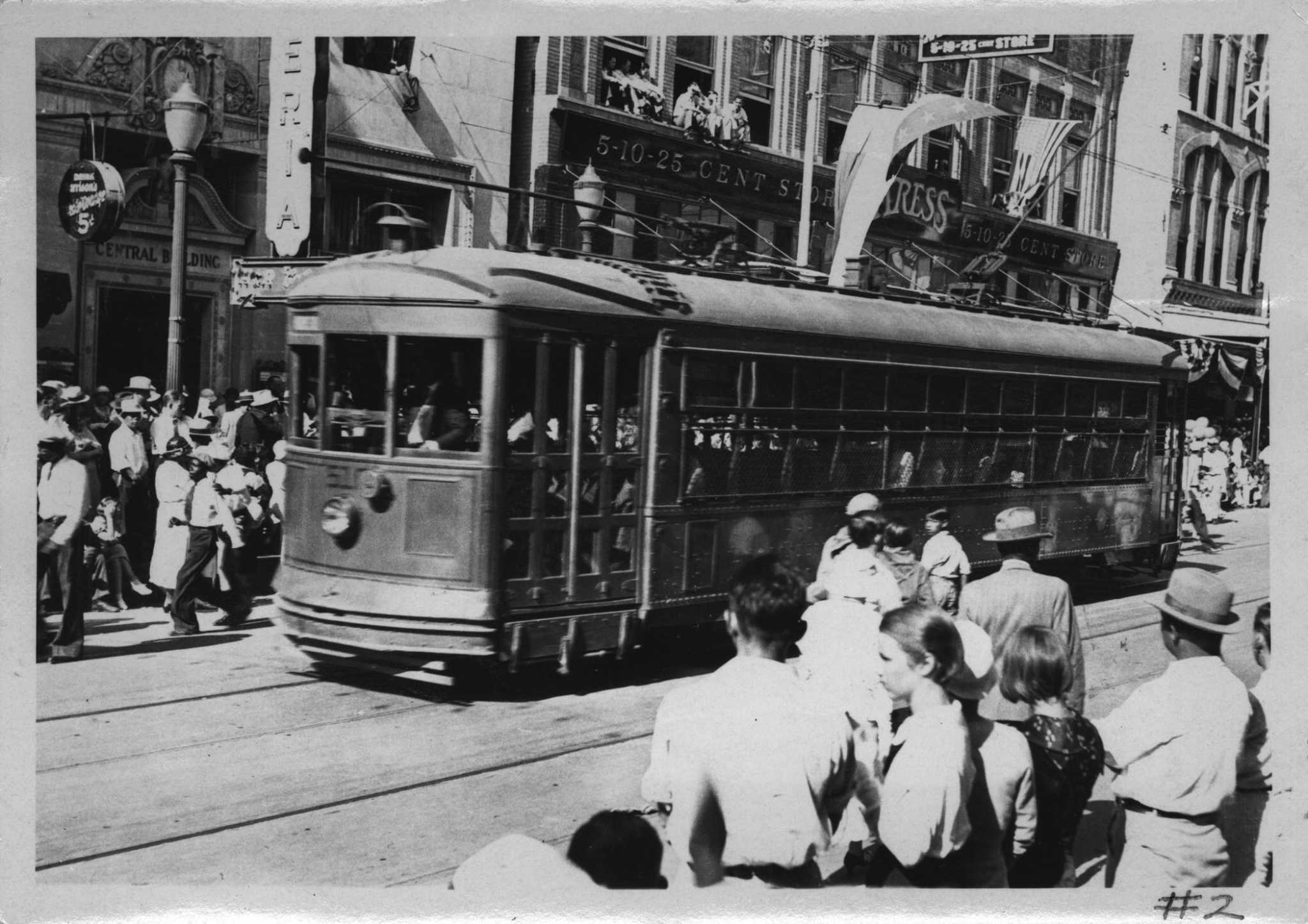 Have you ever wanted a clearer look into mid-century life in San Antonio? Someone in France is giving us that opportunity just because of a hobby, and you can view that footage on YouTube.

The person goes by the name of NASS on YouTube and he has made a hobby of colorizing and enhancing historical footage that he finds in the public domain to “show people how it was like in those days,” NASS said in an email. Thankfully for San Antonio history buffs, the content creator’s latest video shows San Antonio life in the late 1940s.

The video’s frame rate is boosted to 50 frames per second and details are enhanced using artificial intelligence, NASS said. The color is done through an A.I. that uses reference images and not meant to be accurate. The sound of street life is also added for ambience.

The minute-long video starts with a view of Houston Street and the River Walk bridge from St. Mary’s Street. This is easily identifiable by the historic Hertzberg Jewelry Co. clock on the corner of St. Mary’s and Houston streets. The Hertzberg clock was moved to that location in 1910 when Commerce Street was widened.

The next view appears to be looking down N St. Mary’s Street. You can barely make out a sign that says Potchernick’s Sporting Goods in the distance, which closed in 1991. There’s is also a sign that says 15-cent parking. If only. The restoration process crops the video a bit, but you can see “Roosevelt Cafe” written on a building on the right.

The Roosevelt Cafe was a bar that started out on St. Mary’s Street before it moved to Flores Street and then eventually closed in 2019.

You can watch the full video here: