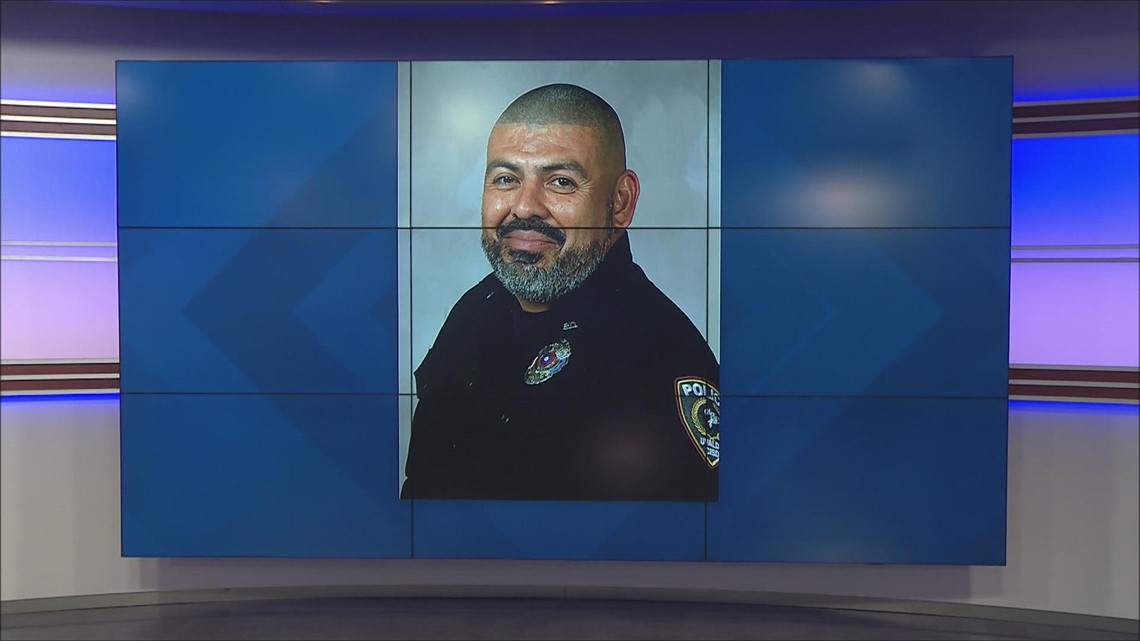 Uvalde CISD Police Officer Ruben Ruiz resigned from his position. The school district and other police agencies have several vacancies in key positions.

Hallway surveillance video showed the officer checking his phone down the hallway, waiting to take action.

It wasn’t until the bodycam video was released that showed video and audio of Officer Ruiz contacting his wife, Eva Mireles. Mireles was one of the 21 victims in the Robb shooting.

That bodycam video later shows Ruiz being held back by officers after learning his wife was shot. Ruiz was taken outside the building and had his weapon taken away, according to DPS. Nearly five months removed from the shooting, Ruiz resigned his position. That’s at least the third UCISD officer who has been let go from the district.

In October, Uvalde CISD suspended its entire police department following a report the district hired a DPS trooper who responded to the Robb Elementary shooting. CISD Police Chief Pete Arredondo, who according to district policy was supposed to be the incident commander that day, was fired in August.

Now that Ruiz has left, the district is trying to rebuild its department. On November 16, Josh Gutierrez was appointed to interim police chief. Two days later, the district posted an opening for a police officer position, which offers a salary range between $41,000 and $59,000, according to its website.

When KENS 5 sat down with interim superintendent Gary Patterson, he emphasized the district’s need for its own police department to respond quickly to incidents on campus.

“We need extreme vetting. We need the right type of people that can relate to students, parents. A school officer is different, it’s just different,” Patterson said on November 3.

KENS 5 reached out on Monday to the district to see if the vacant positions within the department have been filled and if Officer Ruiz will get any type of severance pay, but the district is closed for the Thanksgiving holiday.