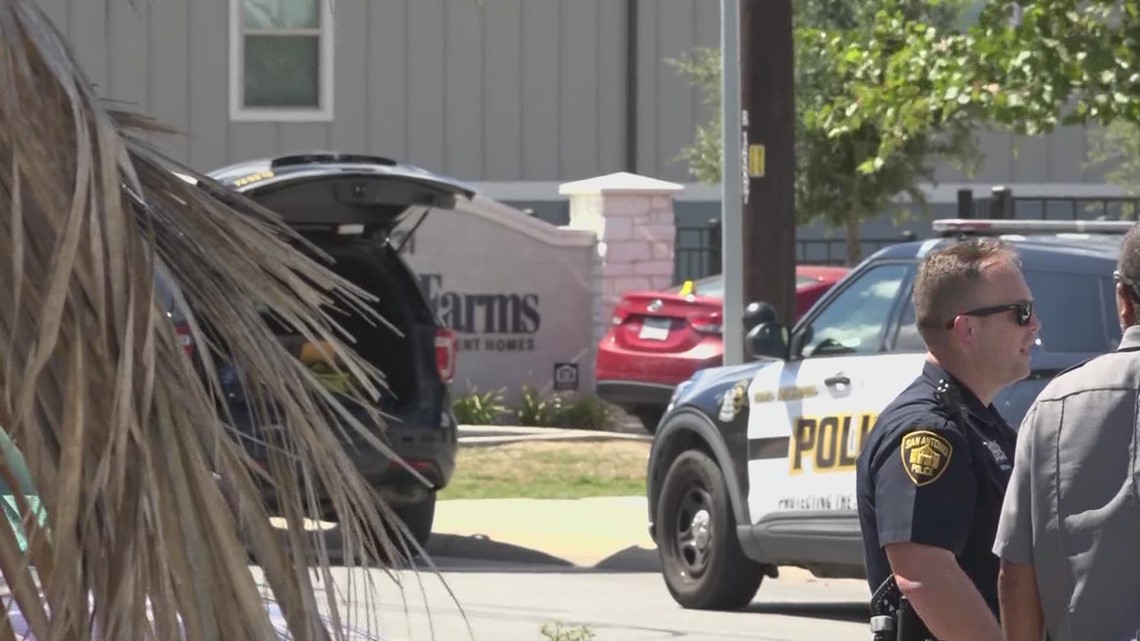 Congregants at Bethany First Baptist Church ducked in cover after a shooting on Sunday morning. SAPD is investigating.

SAN ANTONIO — As hymns of praise were being belted out inside Bethany First Baptist Church, outside – bullets were flying.

Congregants said they hit the floor when their security guard came into the sanctuary and told them multiple rounds were fired just outside their doors in the 200 block of Noblewood.

It happened just before 11 a.m. Sunday, as the service was well underway.

San Antonio Police officers arrived to a chaotic scene, near East Houston Street and I-10, with two critically injured people in a small red sedan and a confusing story about what happened.

Police found another car, a black Cadillac, at a convenience store across Houston Street, with a flattened tire that they believe was involved, but the people who were in the car all ran away before police arrived.

The two injured people were rushed to the hospital, but one of them died shortly after arrival.  The condition of the other person is not available.

Early on, police said they had two people detained for questioning but they had no indication if the two were involved in the attack or perhaps just witnesses.

Rev. Ronald Benson said when the shooting stopped, he went outside to offer prayers for the wounded. The pastor said he returned and led his congregation in prayer, adding “I know the feeling and I know the hurt and I sympathize with them all the way.”

Benson said the church routinely uses volunteer security personnel during services.  Those guards were nearby when the shooting started and they were able to tell worshippers to get on the floor until the danger had passed.

“We’re going to have a revival, a teaching revival, that will save souls,” Benson said about his next move.

The Medical Examiner has not released the name of the person who died.

San Antonio Police have not provided any updates on whether anyone has been arrested in connection with the attack.