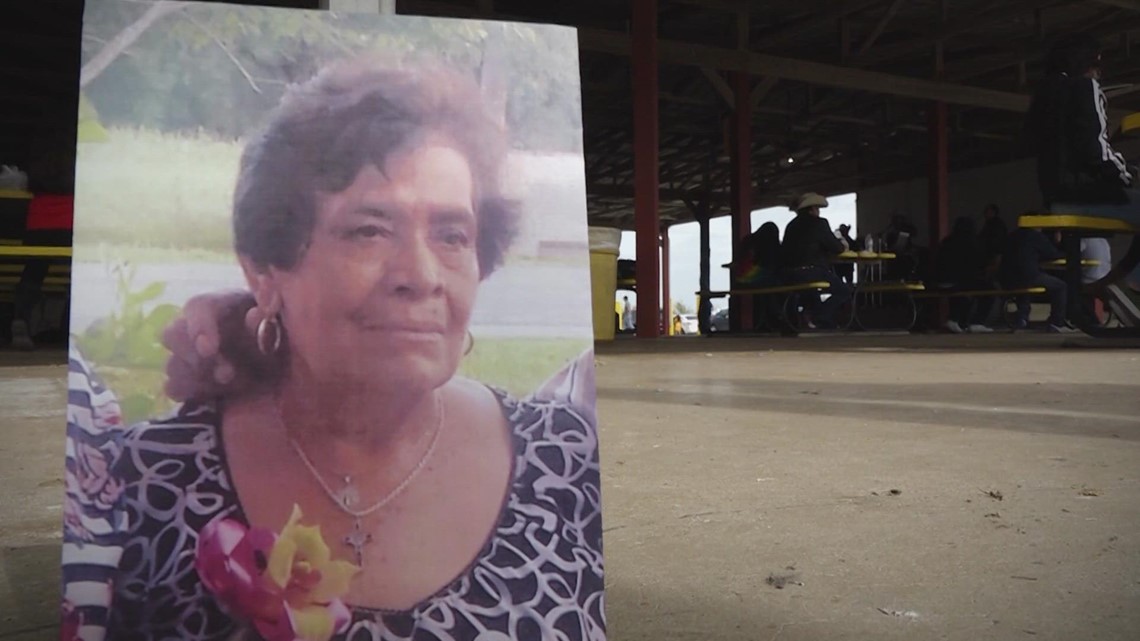 A skull was found near the flea market where Llamas, who had Alzheimer’s, vanished from in November 2016.

The disappearance of Maria Llamas is a cold case, according to San Antonio Police. Llamas was last seen at The Poteet Flea Market where she was shopping with her husband.

At some point, she wandered off and surveillance video captured her final moments walking through the market.

Llamas’ disappearance remains a mystery, but her family desperately wants her home as she struggled with advanced Alzheimer’s.

“Even this morning, getting out of bed, was a struggle to know this is the day,” said Maria Llamas, who shares a name with her mother.

Last September, a human skull was found near the flea market and sent to the Bexar County Medical Examiner. After months of waiting, the family learned the results came back inconclusive.

“The remain was too bleached and they couldn’t retrieve DNA,” said Margie Llamas.

The skull is now at the University of North Texas. There forensic investigators are performing a deeper analysis, but it’s on a first come, first serve basis. Family has been told the process could take months, or even years.

“We do have hope but it’s just hard to be patient,” said Margie Llamas.

The family said if those results also turn up incomplete, the remain will be sent to DPS for a forensic sketch.

“We are going to keep pursing if [officials] can’t. Our family needs closure, if anything for our dad [who was with her],” said Margie Llamas.

Police tell KENS 5 they are also waiting on the results from UNT. Until then, Maria Llamas will remain on the missing persons list.

Anyone with information on this disappearance can call the San Antonio Police Department.

As for anyone with a loved one living with Alzheimer’s, the family suggested a tracking device for the individual.

“That’s one of our biggest regrets not doing it after the first time she wandered out of the house. We took precautions, my dad was with her 24/7 and we just thought she would never wander off in a matter of seconds in a public place.”