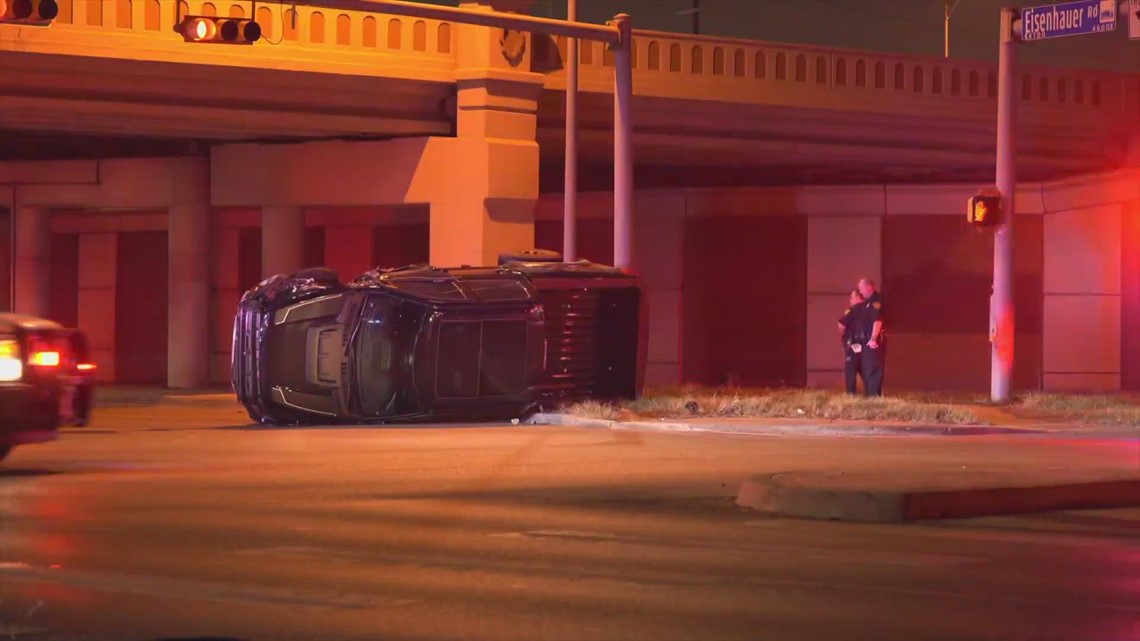 Police suspect the man was speeding when he hit a concrete pillar and rolled his truck over.

SAN ANTONIO — Police believe speed may be to blame for a rollover crash that injured a man on the northeast-side of town early Wednesday morning.

When officers arrived, they saw the driver crawling out of his back window.

Police suspect the man was driving at a high rate of speed when he hit a concrete pillar and rolled his truck over.

DWI is not suspected at this time.

He was taken to a nearby hospital in stable condition.

No word on any charges was available and no other injuries were reported.