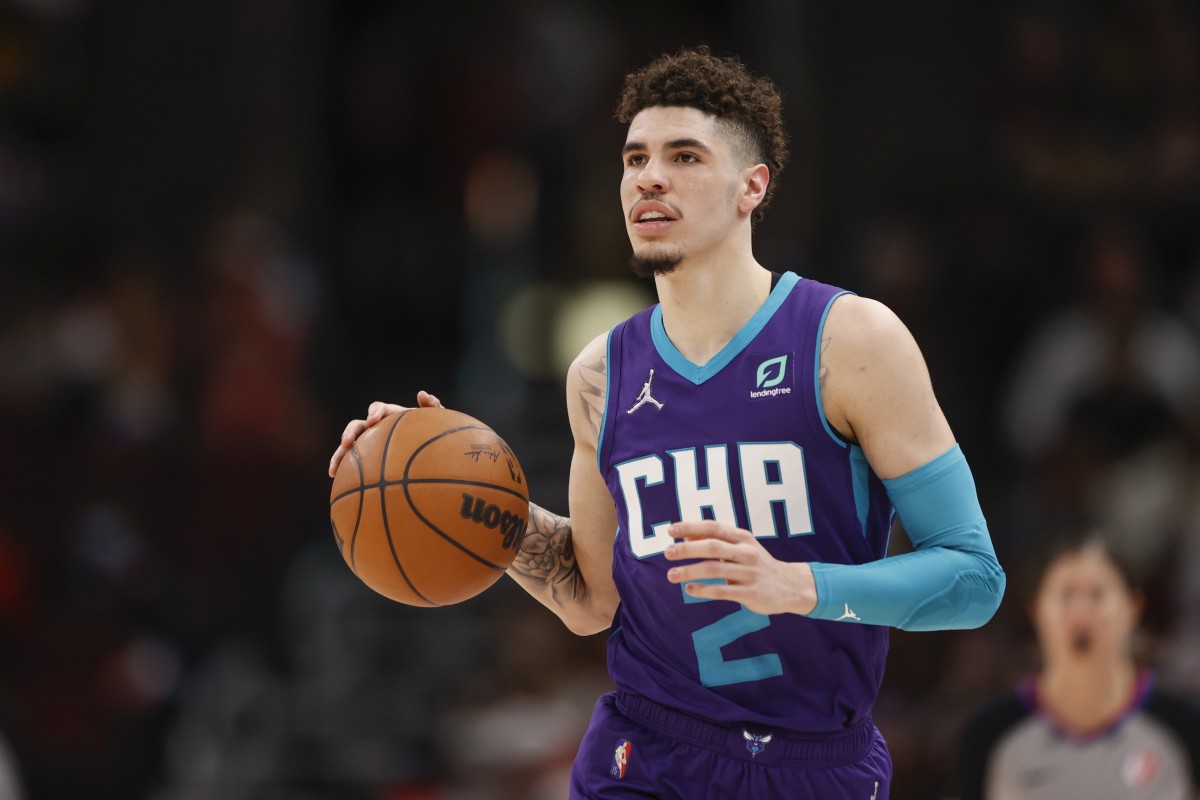 The San Antonio Spurs traded their only NBA All-Star, Dejounte Murray, earlier this offseason. They are now in the midst of a long-term rebuilding effort and the first step in the process is to find franchise cornerstones to build around.

Building through the NBA Draft after going through some losing seasons is one way to potentially add the next wave of talent to build a core. To take things to the next level, later taking a risk using a trade for a disgruntled star can also be an option.

The decision by the Cleveland Cavaliers to make a bold trade for Donovan Mitchell is a prime example of a rebuilding team that organically improves before taking a risk on a blockbuster trade. The Spurs could follow the same blueprint.

As expressed by a league executive to NBA Analysis Network, one star to keep an eye on as a potential candidate to request a trade is LaMelo Ball. The Charlotte Hornets have yet to take the next step during his time with the team and Miles Bridges

“He seems to like in Charlotte, but with that Miles Bridges stuff, they are going to be in rough shape. They don’t have much of a core without Bridges, and they aren’t really that positioned to tank this season either. … If I’m running a rebuilding team, I’d keep an eye on LaMelo’s situation. Market size may limit the pool there a bit, but I could see him thriving in a lot of places if he was open to it.”

Ball, 21, has displayed impressive potential since being drafted No. 3 overall in the 2020 NBA Draft. He is coming off a season averaging 20.1 points, 6.7 rebounds, and 7.6 assists, which was enough to earn his first All-Star appearance.

The Hornets have qualified for the play-in tournament in the Eastern Conference during each of the previous two seasons. However, they were blown out each time and have yet to earn a playoff appearance in Ball’s career.

At some point, perhaps Ball decides that he isn’t going to be able to achieve the level of success that he desires if he stays with the Hornets. There isn’t a clean pathway for Charlotte to improve its team in a meaningful way, especially given the traditional lack of appeal as a free agency destination.

Various teams were mentioned as intriguing options for Ball before the Spurs, including the Houston Rockets, New Orleans Pelicans, and Orlando Magic. Those teams have established cores that his skill-set could enhance.

The executive explained that a team at the start of a rebuild like the Spurs or Utah Jazz could emerge as an intriguing option depending on how they draft over the next few seasons. If they can hit the jackpot in the 2023 NBA Draft, it could go a long way.

“If a team like the Spurs or Jazz managed to be the lucky team that gets Victor or Scoot, they could quickly become an intriguing future LaMelo spot. Again, the market situation comes in as a factor there. They’d have to add some key pieces and take a risk with the trade like Cleveland has done with Donovan Mitchell.”

There are lot of variables and events that need to transpire before the Spurs can form elaborate trade plans. However, keeping an eye on how Ball’s situation with the Hornets develops over the next few seasons is a great option.