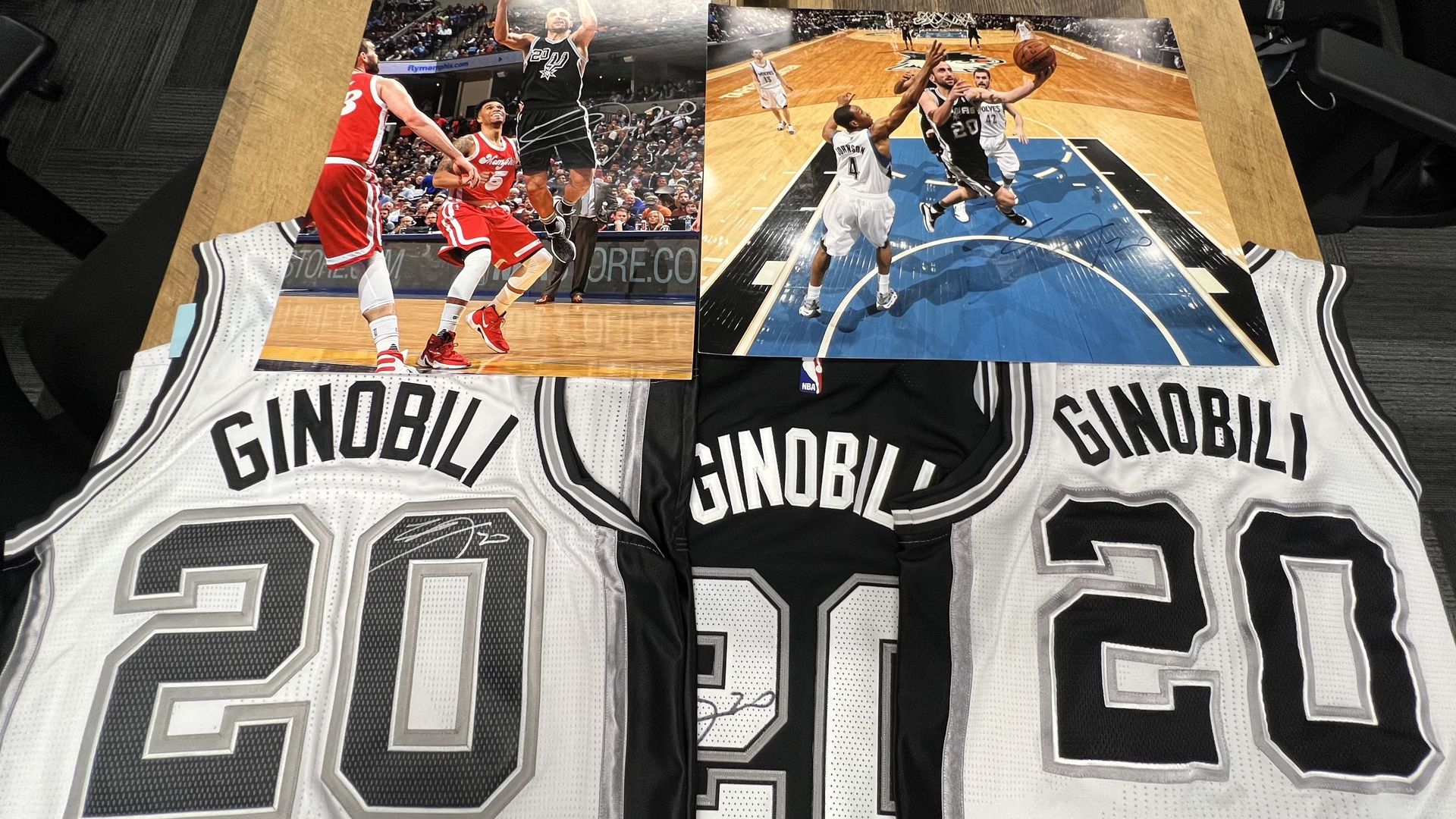 Five autographed items are in the Manu Ginóbili auction. Photo: Courtesy of Spurs Sports and Entertainment

Spurs fans have the chance to own a piece of Manu Ginóbili’s championship history in San Antonio through an online auction.

Why it matters: Ginóbili’s tenacious playing style made him a fan favorite through 16 seasons. He spent his entire NBA career with the Spurs and helped the team win four championships.

What’s happening: Spurs Give, the charitable arm of the team, is auctioning five items now through Feb. 8 at 10pm.

What’s next: Spurs Give says the auction was planned to align with the Spurs 2005 Championship-themed night on Feb. 1. Ginó bili, who retired in 2018, was part of the 2005 title team.